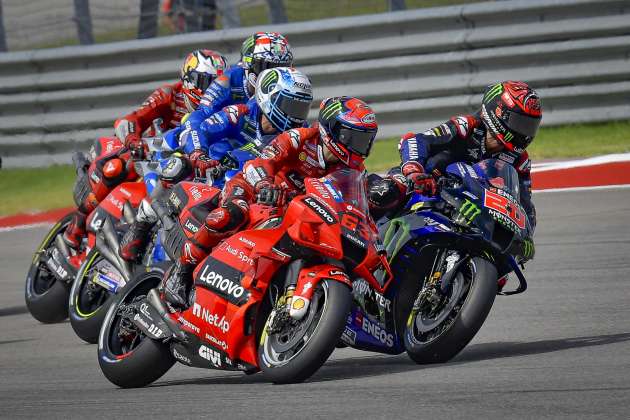 Claiming the record of first French rider to grab the champion’s crown, Fabio Quartararo of Monster Energy Yamaha MotoGP won the 2021 MotoGP World Riders Championship title. In a season long battle with Pecco Bagnaia, Quartararo’s win ends the Spanish domination of the MotoGP world championship as well as being the youngest Yamaha rider to winch laurels, aged 22 years and 187 days.

Clinching the championship with two rounds remaining in the 2021 calendar, Quartararo faced a tough challenge from closest rival Bagnaia. Despite leading for most of the race at the Gran Premio Nolan del Made in Italy e dell’Emilia-Romagna in Misano, Bagnaia crashed out on his Ducati Desmosedici, handing Quaratararo both the race win and the championship with a fourth place finish.

Meanwhile, Marc Marquez of Repsol Honda, coming back after sitting out most of the 2020 MotoGP season, won the Misano race after Bagnaia’s crash, showing the Spaniard is still a force to be reckoned with and bringing his form into 2022. Marquez was followed by team mate Pol Espargaro in second, while Enea Bastianini of Avintia Esponsorama, riding a Ducati, was third.