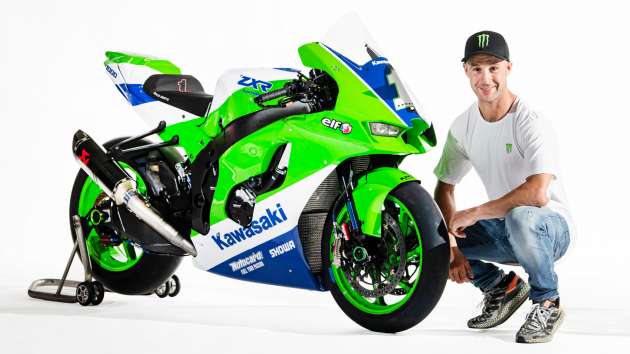 In and amidst a no holds barred fight for the World Superbike Championship between multiple WSBK winner Jonathan Rea and challenger Toprak Razgatlioglu of Pata Yamaha, Kawasaki Racing Team (KRT) shows a pair of Kawasaki ZX-10RRs dressed in Kawasaki’s classic racing colours. Marking the 125th anniversary of the brand, and in conjunction with the launch of Kawasaki’s “Rivermark” logo, the racing liveries celebrate both Kawasaki’s past and its future.

In a throwback to the classic Kawasaki ZXR-750 H2 in bold Kawasaki green, white and blue stripes, Rea will ride the ZX-10RR commemorating the machine campaigned by American Scott Russell. Russell was crowned WSBK champion in 1993 racing the ZXR-750 H2 and was celebrated by race fans as “Mr Daytona” for his success at the American circuit.

The other ZX-10RR will be ridden by Rea’s team mate Alex Lowes and resembles the colour scheme used on the iconic Kawasaki GPz900R Ninja, the very first Kawasaki to carry that name as well as being the first liquid-cooled road-going Kawasaki motorcycle. The paint scheme famously mimics the colours of the GPz900R Ninja ridden by actor Tom Cruise in the movie “Top Gun”. 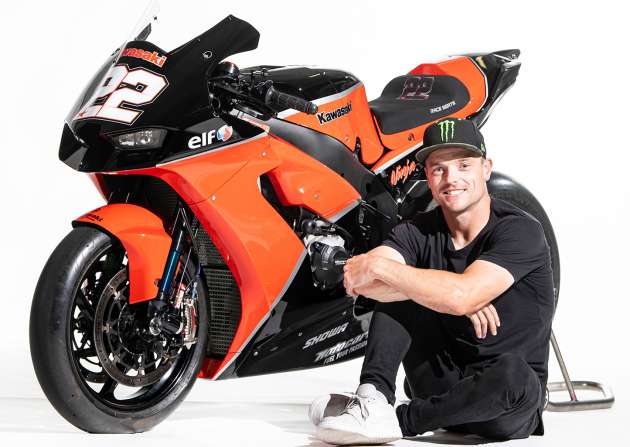 Both ZX-10RRs decked out in the special racing colours will debut at the Argentina round at Circuito San Juan Villicum. What do you think, those of you amongst paultan.org readers who are fans of superbike racing?

Would you buy either one of these paint schemes on a Kawasaki ZX-10RR as a limited edition? Leave a comment with your thoughts and opinions below.