India’s Jehan Daruvala moved up in the driver standings to second after a promising weekend in Round 6 of the FIA Formula 3 championship in Belgium. The racer secured his sixth podium of the season finishing third in the feature race on Saturday at the Spa-Francorchamps, while the sprint race on Sunday saw the driver finish fifth, scoring crucial points in both races. The cumulative total has helped Daruvala to move to second in the driver standings with a total of 129 points, 23 points behind championship leader and Prema Racing teammate Robert Shwartzman.

Jehan had a promising start at Spa with a pole position before the first race in the series, which is a support event to the Belgian Grand Prix. Daruvala started from pole and managed to exit the first corner in the lead. However, Pedro Piquet took advantage of Jehan’s slipstream to ovetake the driver after Eau Rouge. This turned out to be turning point for the Team Trident racer, who held on to the top spot from hereon. Jehan, meanwhile, dropped down to P4 but pushed to move back into second place in the following laps. However, a four-way tussle along with a Virtual Safety Car put him 4s behind the race leader, easing off the pressure on Piquet. 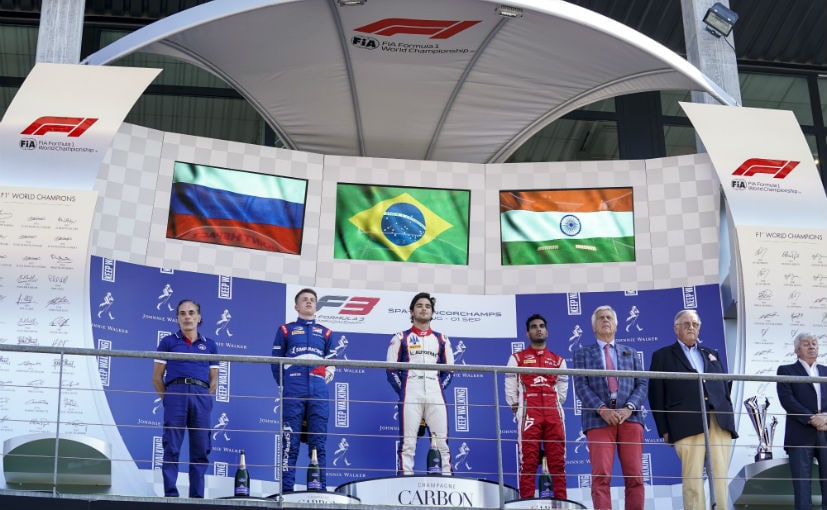 Jehan too wasn’t able to push harder in the latter stages of the race, and this allowed his Shwartzman to pass his teammate using D ₹ Daruvala defended his position in third place, while Piquet picked up his maiden win in Formula 3. The podium finish put Jehan ahead of Vips on the points table in second place.

Speaking on his performance in Race 1, Jehan said, “On the first lap of Race 1, I bottomed quite a lot through Eau Rouge so Piquet flew by me before Les Combes. I was pretty confident I could stay with him, but the Virtual Safety Car came out at the last chicane and somehow I lost a lot of time. I knew that the guys behind me were going to have DRS and it was going to be tricky. Third is not ideal, but it’s not bad.” 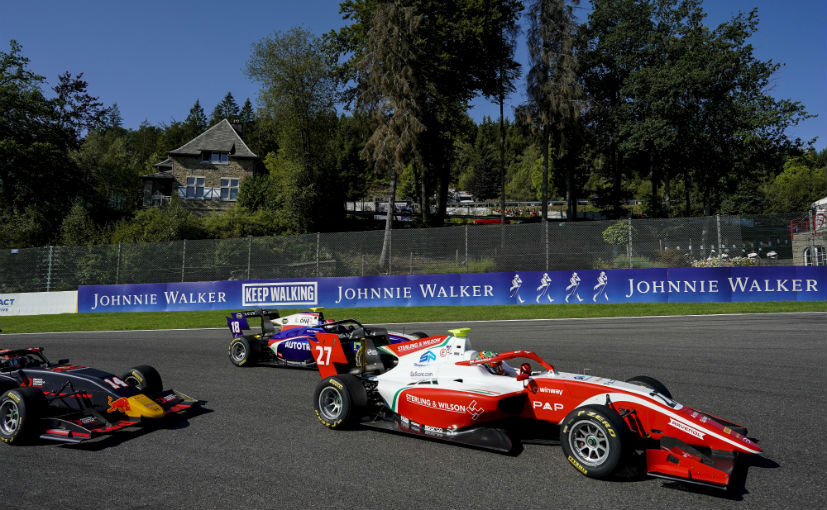 Race 2 on Sunday saw the top eight finishers of Race 1 start in a reverse grid order. Jehan had a good start in sixth place and was quick to move up the order in fourth place. It seemed a second podium finish for the weekend was certain, but an incident between two racers and one of the cars re-joining from the pits, pushed Jehan off-course, allowing another car to pass him. The 21-year-old dropped down to sixth only to recover by a single position at the end of the race. Reverse grid pole-sitter Marcus Armstrong won the second race with the Prema Racing driver dedicating his win to Formula 2 racer Anthoine Hubert, who lost his live in a tragic accident during the feature race on Saturday.

“Race 2, we all raced for Anthoine. It was certainly difficult for everyone and my thoughts are with his family.” said a subdued Jehan, at the end of the weekend.

With two rounds remaining, the Prema Racing driver will be facing heat from Vips to claim the second spot in the driver standings while the points will be crucial for the constructors’ standings for the team. The next round is scheduled to place at Monza this weekend, along with the Italian Grand Prix.