It is battle royale as the Champions Yacht Club FMSCI Indian National Rally Championship (INRC) enters its final stretch, with its Round 4, the K-1000 Rally, set to begin from Bangalore on November 22, 2019. INRC Championship leader Fabid Ahmed and INRC 4 topper Vaibhav Mararte continue to lead their respective categories and end the season on a high note. Team Champions’ Fabid with co-driver Sanath G leads the INRC 3 class, but not without competition comes from Dean Mascarenhas with co-driver Shruptha Padival, who are trailing just seven points behind.

Speaking on the rally, INRC promoter, Vamsi Merla said, “We have a very strong field of 56 teams in this round too, creating a record in itself,” Vamsi Merla, the promoter of INRC, said. “Every category is very closely contested, with the backing of two very strong supporters. This is what motorsport is all about.” 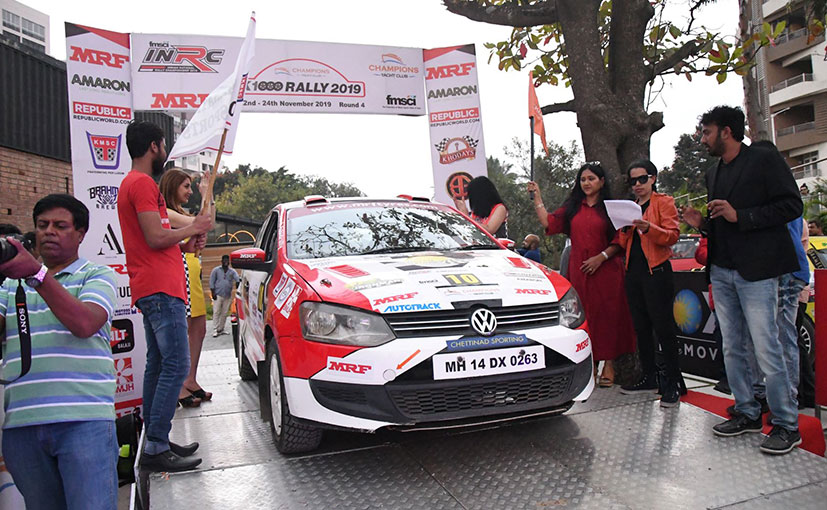 Dean also leads the INRC 2 category with 65 points and is aiming to secure the trophy for JK Motorsport. He is followed by teammate Younus Ilyas who has 42 points, which would make for 1-2 finish for the team. That being said, both Fabid and Dean will have to be cautious as ace rally driver Gaurav Gill makes a comeback to racing with the K-1000 Rally.

After a two month break, Gill with co-driver Musa Sherif currently trails in fifth place in INRC, but is 27 points behind the leader. The Arjuna Awardee will be looking to make a strong comeback, which is likely to put him back on top of the leaderboard.

Speaking on the K-1000 Rally, Gaurav Gill said, “I have always enjoyed driving here in the K-1000. I am really looking forward to go out there and enjoying myself. Hopefully, things will turn in my favour this weekend.”