The fourth round of the JK Tyre-FMSCI National Karting Championship concluded on Sunday and young talents Nirmal Umashankar from Chennai and Ruhaan Alva from Bengaluru maintained their dominance in the championship. Held at Meco Kartopia near Bengaluru, Nirmal retained the top spot in the Senior category of the X-30 Class winning the first three out of the four races on Saturday. On Sunday though, the driver had a temporary setback after finishing fifth in the first race of the day, but more than made up by finishing first, second and again first in the following races.

With a total of 137 points in his kitty, Nirmal sits comfortably at the top of the points table after four rounds. Coming in second is Delhi-based driver Debarun Banerjee in the Senior Category with 81 points, while local talent Aditya Swaminathan is placed third with 79 points. 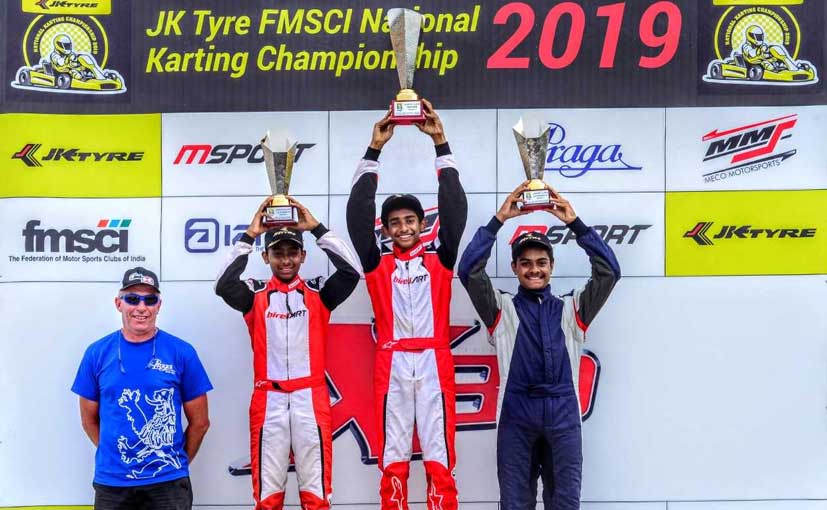 In the Junior category, Bangalore’s Ruhaan Alva put up an impressive performance and picked up 33 points on Saturday, following a perfect 40 on Sunday winning seven out of the eight races in Round 4. Ruhaan leads the driver standings with a total of 130 points, which gives him a sizeable lead over the second-placed Arjun Nair who has 101 points to his name after a strong run in the third and fourth round. Local boy MR Rishon sits third in the Junior category with 74 points at the end of Round 4. 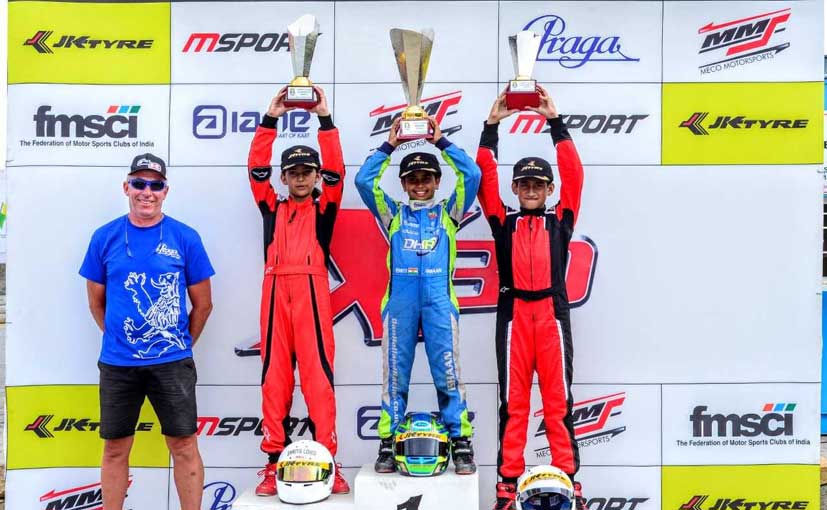 The Cadet category had its third and fourth rounds being held back-to-back over the weekend and it was Bangalore’s Ishaan Madesh in domination. The young driver picked up 36 points in Round 3 by winning the first three races, while the last race of the day saw him finish third by Pune’s Shreya Lohia. Nevertheless, Ishaan bounced back for a score a perfect 40 on Sunday by winning all four races in Round 4. The Bangalore boy leads the category with a total of 153 points, followed by Shreya Lohia with 107 points.

The fifth and final round of the X-30 Class will be held between August 2-4, 2019 at Meco Kartopia, near Bengaluru that will seal the fate of these young racers.