For the 11th year in a row, the Proton Wira is the car most “loved” by thieves in Malaysia. This is according to the Vehicle Theft Reduction Council of Malaysia (VTREC), which compiles an annual list of the most stolen vehicles in the country based on claims received by insurance companies.

As reported by The Star, VTREC coordinator Mas Tina Abdul Hamid said a total of 131 Wiras were reported stolen in 2021. This was followed by the Iswara in second place with 75 reported cases and the Perodua Kancil took the third spot.

Other cars that made the list include the Myvi in sixth, while the Hilux is in fourth place with 65 cases reported in 2021 – the pick-up truck is the most stolen non-national vehicle on the list.

“There are stolen Mercedes-Benz cars being sold for as low as RM10,000, or a Hilux for RM12,000, and Wira for only RM3,000. The Wira was a popular car back then, and there are still quite a number on the road even though production stopped in 2009,” said Mas Tina, who added that thieves are most commonly suppliers of Wira spare parts.

Mas Tina also said thieves would often target older and more popular car models and believed the Myvi would soon become their favourite. “The trend is almost similar (to the Wira). We now have a huge number of Myvis on the road (and they might be the target once their production stops),” she said.

It was also mentioned that most of the stolen local vehicles were sold domestically, while the recent shortage of vehicle spare parts due to supply chain issues and the Covid-19 pandemic have made the issue worse. 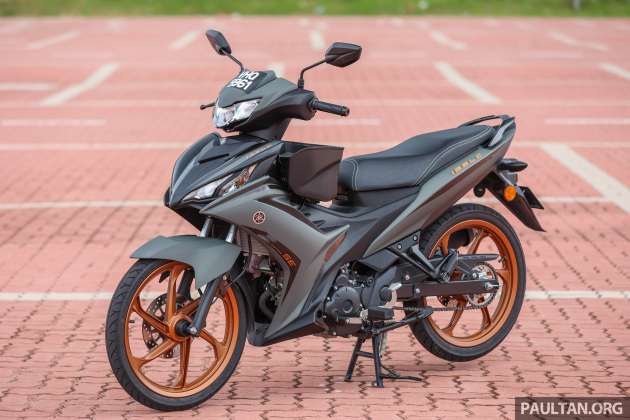 Stepping away from cars, data showed that one Yamaha 135LC is stolen every day, making it the most stolen make of motorcycle in 2021. The Yamaha Y15ZR came in second place with 186 reported cases, followed by the Honda C100 in third with 151 cases.

“Customers who agree to their offers will deposit money into the account belonging to the syndicate before the stolen vehicles or components are sent to them using registered parcel service,” she added. “They have different people to steal and different groups to bring it to Thailand. Somebody else will sell them,” she explained on why it was very difficult for the authorities to catch the syndicates.