For many years, F-100 owners have been gathering in Tennessee to celebrate their classic Fords. While there have been some shakeups in the event ownership, name, and location, there seems to be a solid foundation with the second annual Grand National F-100 Reunion, an event promoted by Joe Carpenter. The event is held at the LeConte Center in Pigeon Forge, Tennessee, a tourist town known for its massive car and truck events, among other family friendly attractions, such as Dollywood. The Grand National F-100 Reunion was held May 16-18, 2019 and was blessed with clear skies and warm temperatures, which brought out a bunch of locals to mix in with the long haulers who had been planning the trip to the Smokies for months. We saw license plates from all over the country, and we even saw a F-100s from Ontario, Canada! 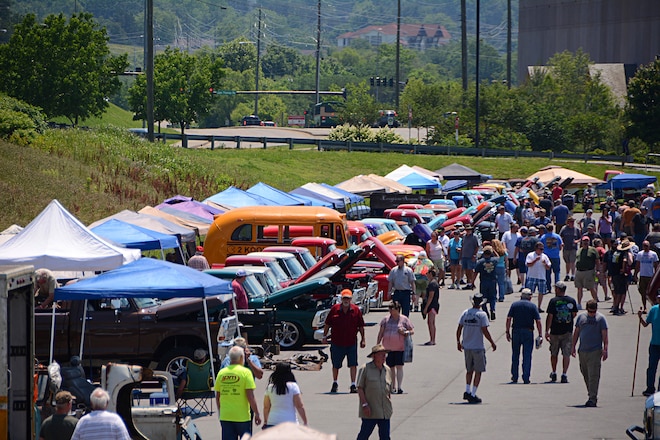 When a show commits to only one make and model, folks might make the assumption that it will be repetitive, but that couldn’t be further from the truth. The event was packed with every type of vintage Ford truck you can imagine.  Every body style was represented and the number of “bumpside” and “dentside” trucks on hand was a reminder of the rising popularity of 1967-1979 Ford trucks. With a year cut off of 1979, the event was strictly for F-1 and F-100 trucks but exceptions were made for trucks built before the F-series distinction. The event featured indoor and outdoor vendors, a massive swap meet, and more than 500 awesome Ford trucks on display, ranging from slammed trucks with patina to fully customized show trucks. 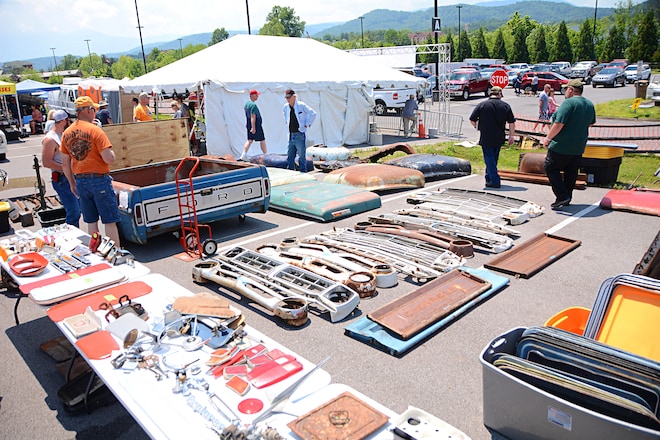 The judges had their hands full trying to narrow down the best of the best. The highly coveted Truck of the Year Award went to David Zambon, of Dyer, Indiana. His 1953 F-100 stole the show with subtle body modifications, a Roadster Shop chassis, a sanitary 427ci Ford powerplant, all wrapped up in a beautiful gray exterior with full leather interior by Vos Upholstery. You’ll be seeing more about this truck in a future issue of Classic Trucks. For now, let’s take a look at 100 photos from Joe Carpenter’s Grand National F-100 Reunion.