The redesigned 2019 Mazda3 sedan and hatchback keeps its traditional strengths and brings some new ones to the road. Credit Mazda for still trying to raise the bar for good — and fun — compact cars, which still are sensible for a lot of buyers even as the spotlight turns on yet more SUVs.

But after time behind the wheel, Cars.com reviewers including Kelsey Mays, Brian Wong and I, also found some misses, particularly in the context of Mazda’s push to be a more premium brand and position its new compact sedan as an alternative to costlier luxury subcompacts, such as the Audi A3 or Mercedes-Benz A-Class.

Any new vehicle lands with strengths and weaknesses — ideally more of the former than the latter (or someone should be fired). Your choice will come down to what you value most. Here are 10 things we like, and seven we’re not wild about, in the 2019 Mazda3: 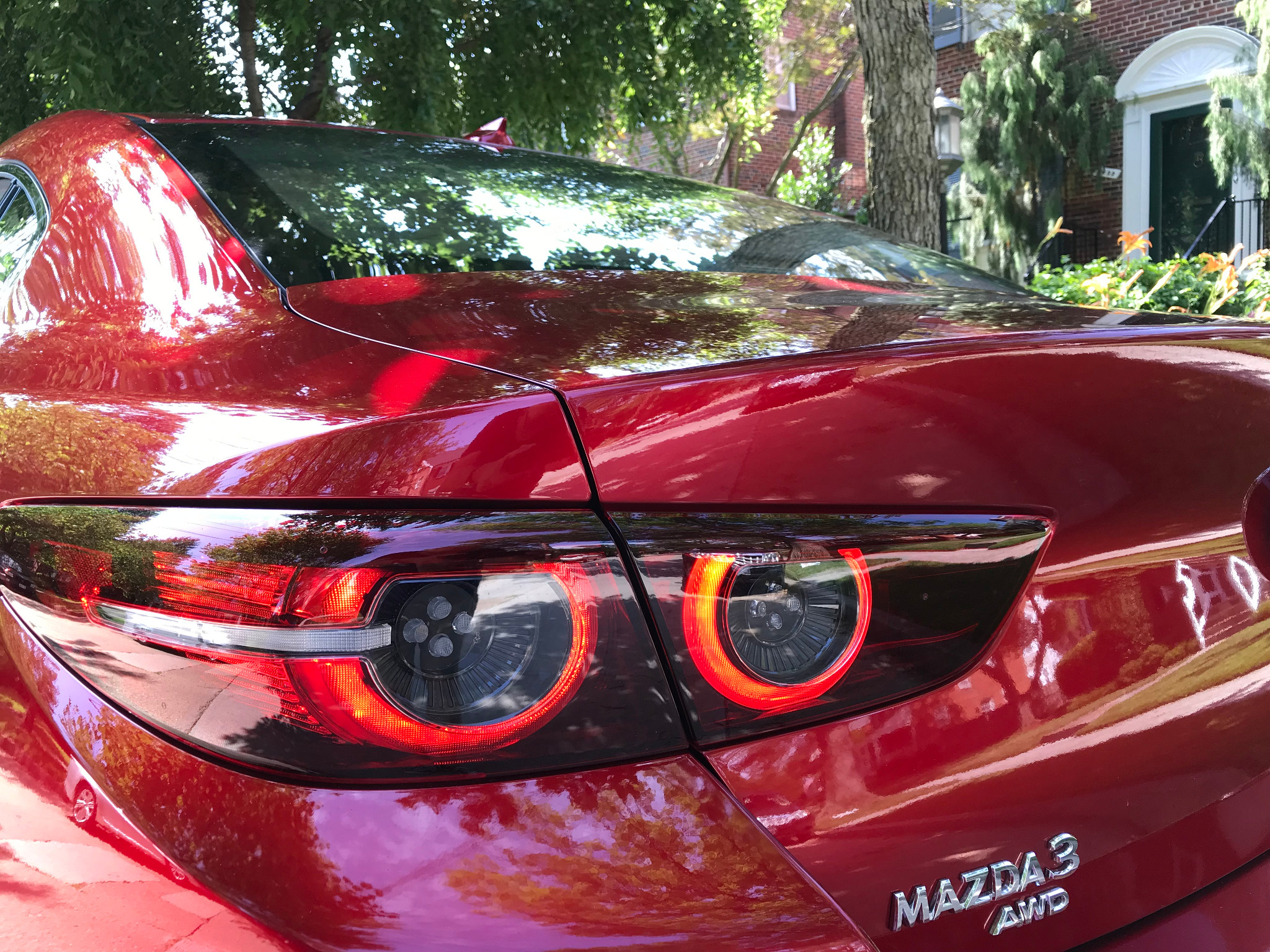 Mazda’s redesigned Mazda3 turns heads, and not just the hatchback that brings the purest version of Mazda’s sleek Kai and Vision design concept show cars. The sedan variant is by no means dowdy, and it brings higher style to the formerly conventional Mazda3 with a trunk. There’s impressive attention to upscale details, too, such as the intricate design of the new taillights.

The former base engine is gone, and all Mazda 3s get a smooth-revving 2.5-liter four-cylinder that puts out 186 horsepower and 186 pounds-feet of torque; it likely will be enough for most buyers. We’d like more power (of course) to suit the sporty character, and hope to get the option of the turbocharged 2.5-liter Mazda uses in the CX-9 and new higher trim levels of the CX-5 and Mazda6. 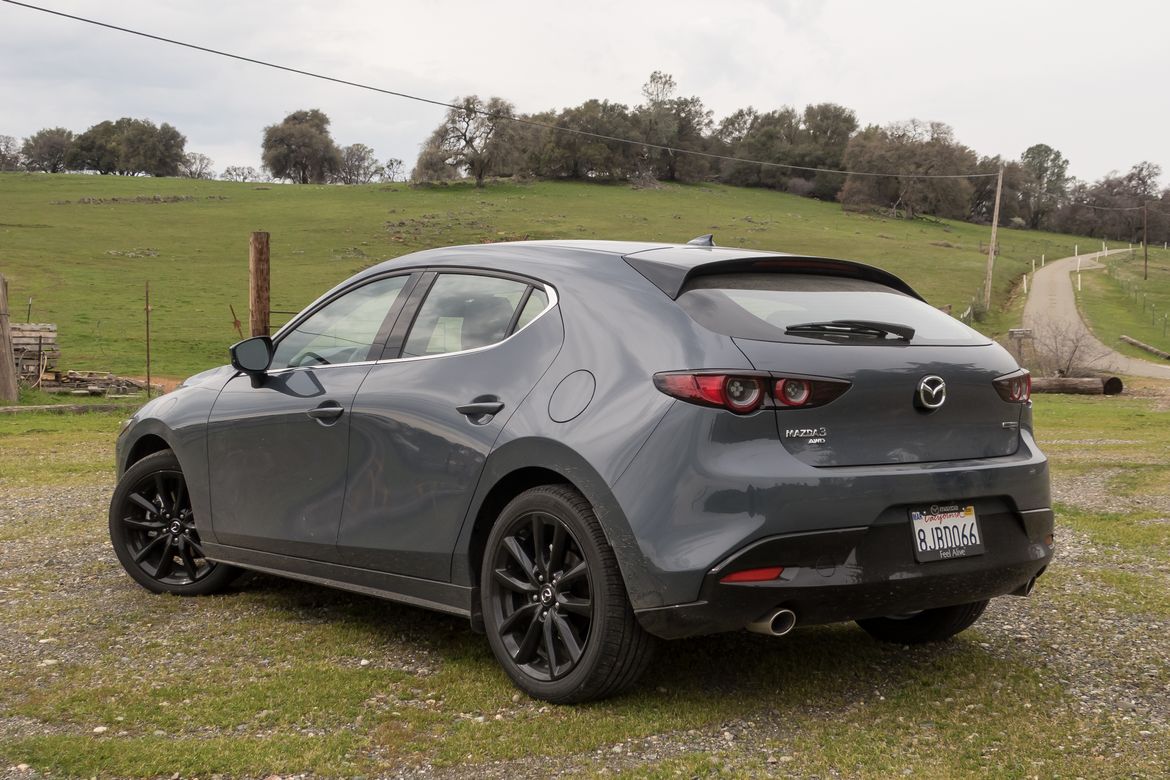 The 2019 is true to its roots with impressive attention to how it drives. Ride quality is firm but not harsh. Controlled shock absorption mostly belies the new Mazda3’s move from an independent rear suspension to a cheaper torsion-beam setup for 2019, though rough pavement will remind you. Steering feedback is excellent and the brakes are strong, too.

4. You Still Can Stir Your Own Gears

With National Stick Shift Day coming July 16, credit to Mazda for keeping a six-speed manual available — even if you can now only get it on the hatchback’s top trim level and only with front-wheel drive. 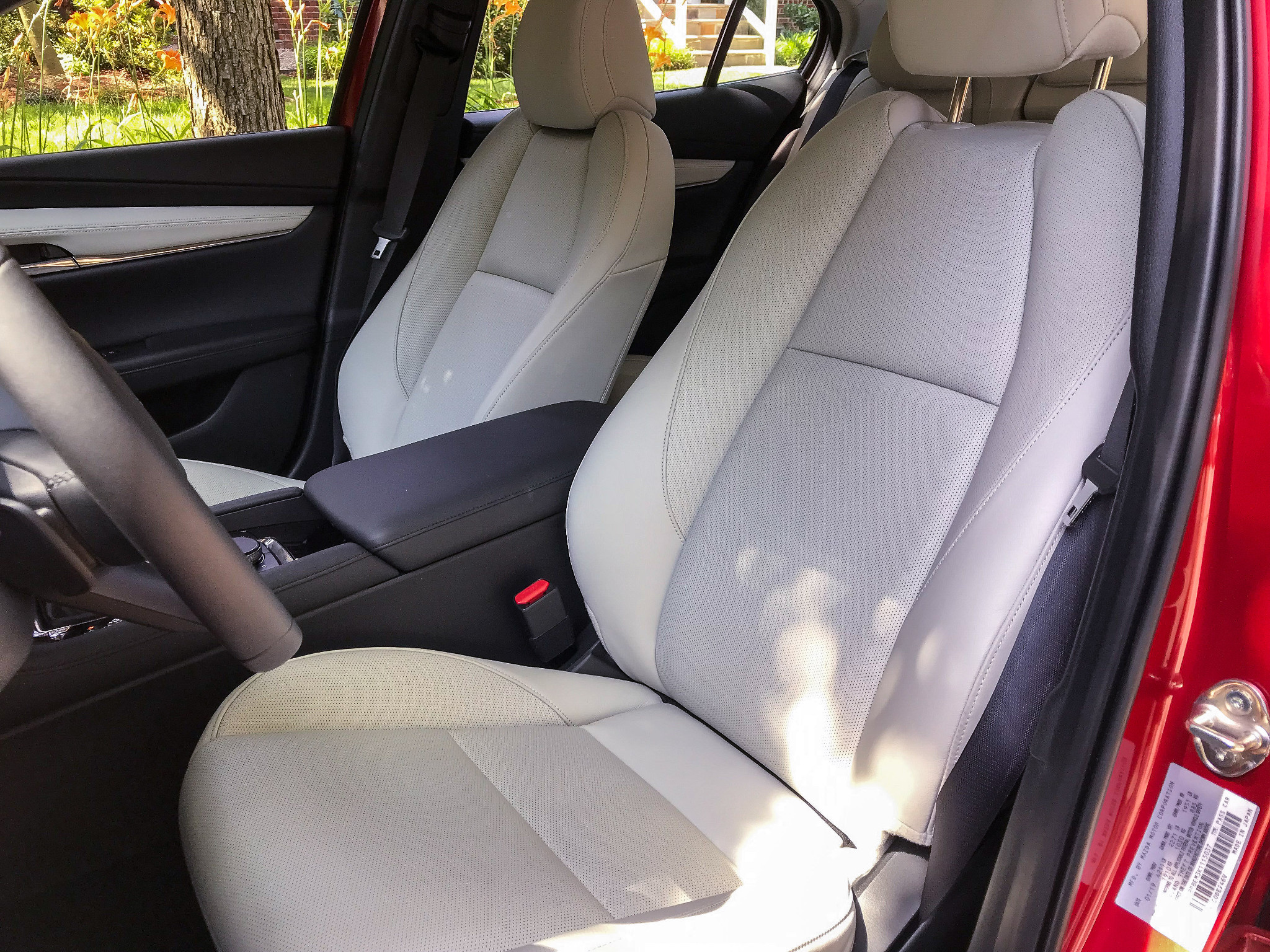 With a premium design and quality materials, the interior is gorgeous if not huge. The upper trim levels have a legitimate claim to being a premium-car alternative, and that’s before Mazda potentially adding a top-drawer Signature trim. It’s very quiet, which adds to the impression of quality, and it has low-gloss and soft surfaces down to knee level, including welcome padding on the sides of the center console. Premium details in higher trim levels include fabric-wrapped windshield pillars and one-touch express windows all around, but much of the quality feel extends even to the base trim levels. The design and quality also hold up in the rear seat even if space doesn’t.

6. Places for Your Stuff

The Mazda3 now has driver-accessible spaces to hold your stuff. I’d say more spaces, but that would imply the previous model didn’t fail at that entirely. There is storage for devices and so on in the dash, doors and center console. And extra credit for the secure, no-rattle design of the under-dash device cubby. 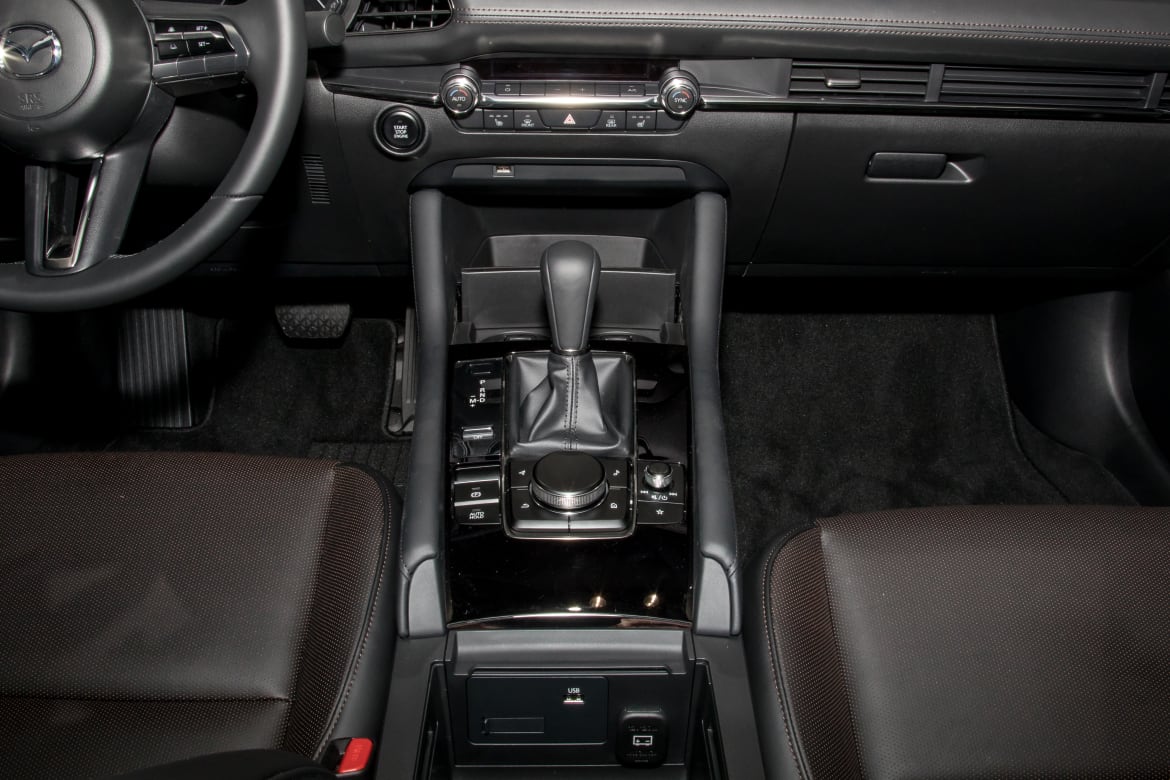 The teardrop-shaped hatchback has the bigger cargo opening, but taking full advantage requires folding the rear seatbacks; the space is short otherwise. The new sedan, however, efficiently packages a deep space — a third more length behind the rear seat than the hatch before you fold the seatbacks. The hatch is sportier, but if you want to use the backseat and carry cargo, the sedan is the way to go.

All-wheel drive distinguishes the Mazda3 from the mainstream compact crowd and checks a box for features more common to premium-brand small cars. It’s genuinely useful for cold climates, though the system seems tuned more for that than for aggressively shifting torque for performance, but the well-sorted chassis doesn’t beg for the latter, either.

The 2019 Mazda3 variants earned a Top Safety Pick from the Insurance Institute for Highway Safety with top scores in crash tests and for its automatic emergency braking (on all models except the base sedan, a noteworthy omission). And unlike many competitors, all of the headlight systems, including the base, got the required score of acceptable. 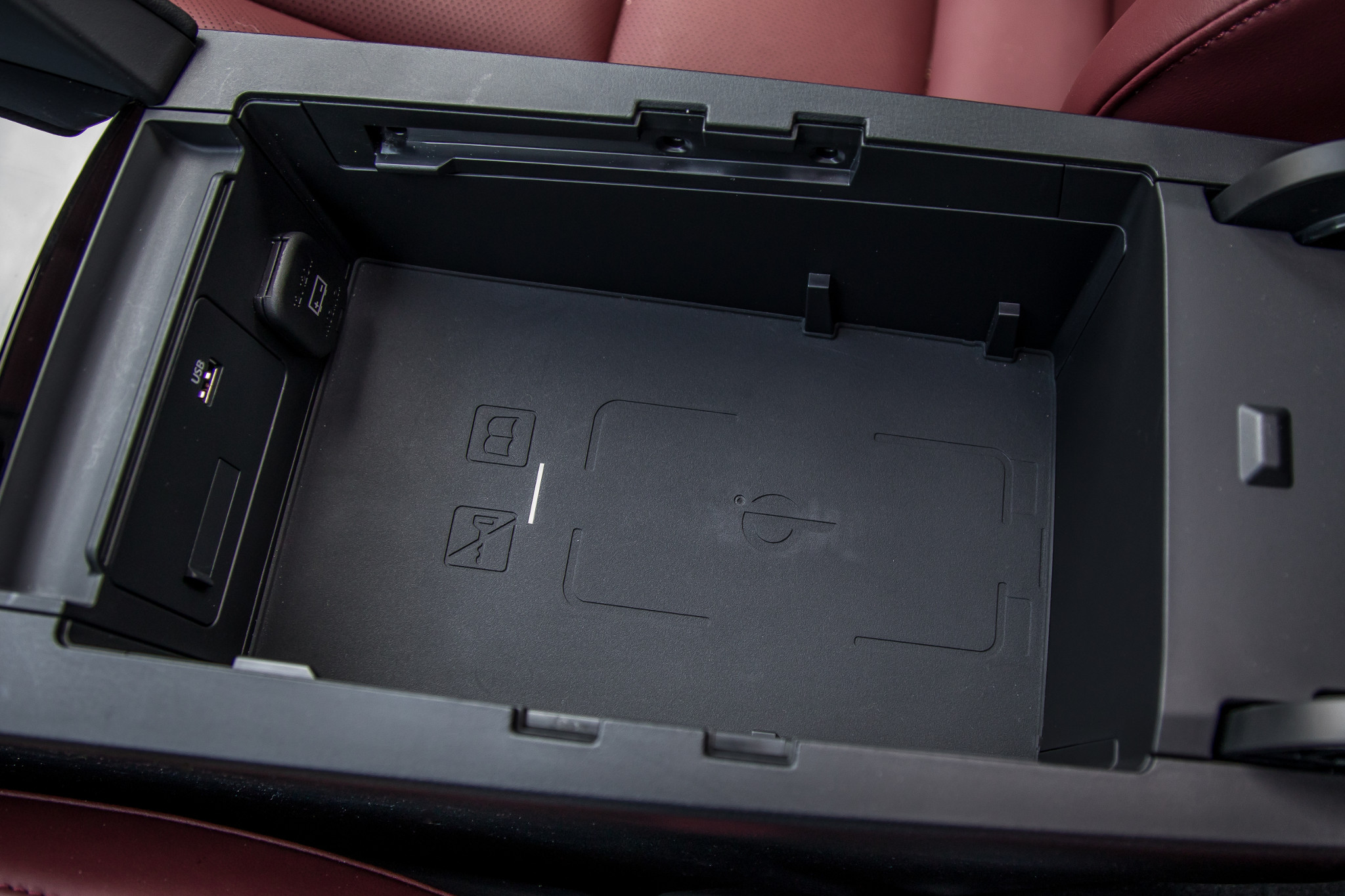 10. Some Tech Updates That Work

The head-up display is actually useful. It has moved to the windshield from the former little pop-up plastic panel that was dim and too low for tall drivers. Wireless charging also now is available in the shallow console bin with plenty of space for bigger phones. And Apple CarPlay and Android Auto now are on all but the base sedan (another noteworthy omission).

The base 2019 Mazda3 trim level offered only for the sedan starts just under $22,000 with destination, which is several hundred dollars or more higher than base versions of mainstream rivals with an automatic. And the base Mazda3 sedan lacks the Apple CarPlay, Android Auto and automatic emergency braking that many have. Apparently, Mazda has decided not to compete for base buyers. Pricing and features are more competitive as you move up and it tops out with a loaded hatchback, including the AWD most rivals don’t offer, at $30,415 (including a destination charge). And you get more of a driver’s car, though even at the top price, you don’t get the longer warranties (Hyundai, Kia and Volkswagen) or free scheduled maintenance (Chevrolet, Toyota) that add value for others. It has a better value argument if you consider it a worthy alternative to entry-luxury small cars. 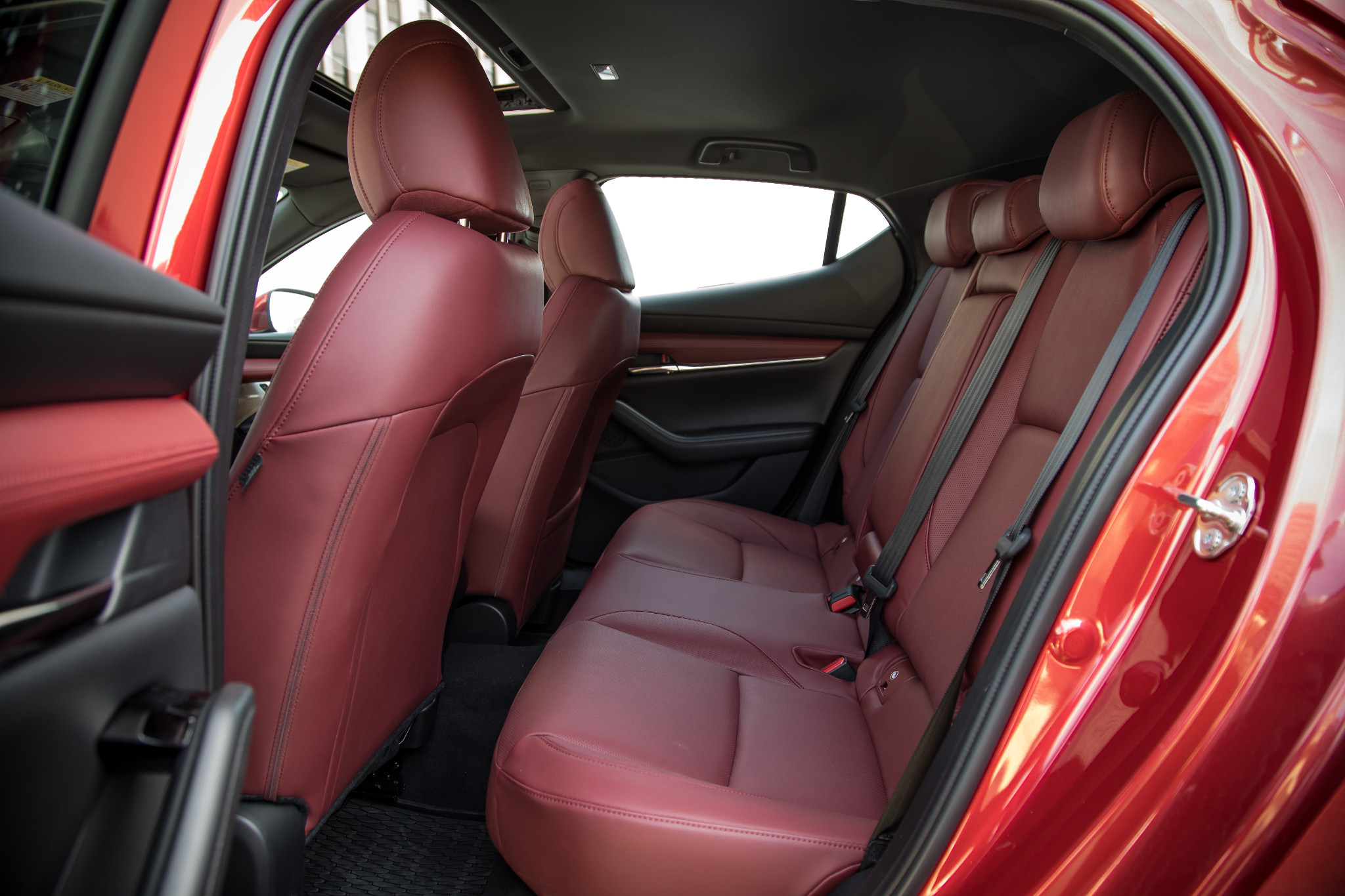 2. Backseat Cozy (But Not in a Good Way)

The interior is impressive, but not roomy, particularly in the back. While editors’ opinions varied about front seat space, nonewanted to sit in the back. Knees are tight against the front seats behind adults of any size. A center hump challenges the center seat. The roofline leaves a taller adult against the headliner. Low and small door openings require a duck-and-fold just to get into the back. And the backseat lacks visible air vents and power ports (unless you count stretching a cord into the front console bin).

The multimedia system is new but not much better. The newly standard 8.8-inch widescreen display atop the dash is no longer a touchscreen (even when stopped), and you now have no choice but the knob and button controller on the center console, which seems counterintuitive for smartphone interfaces. The system has better graphics but still has a confusing menu structure that takes too many steps for a lot of common things. And response remains slower than many new systems. 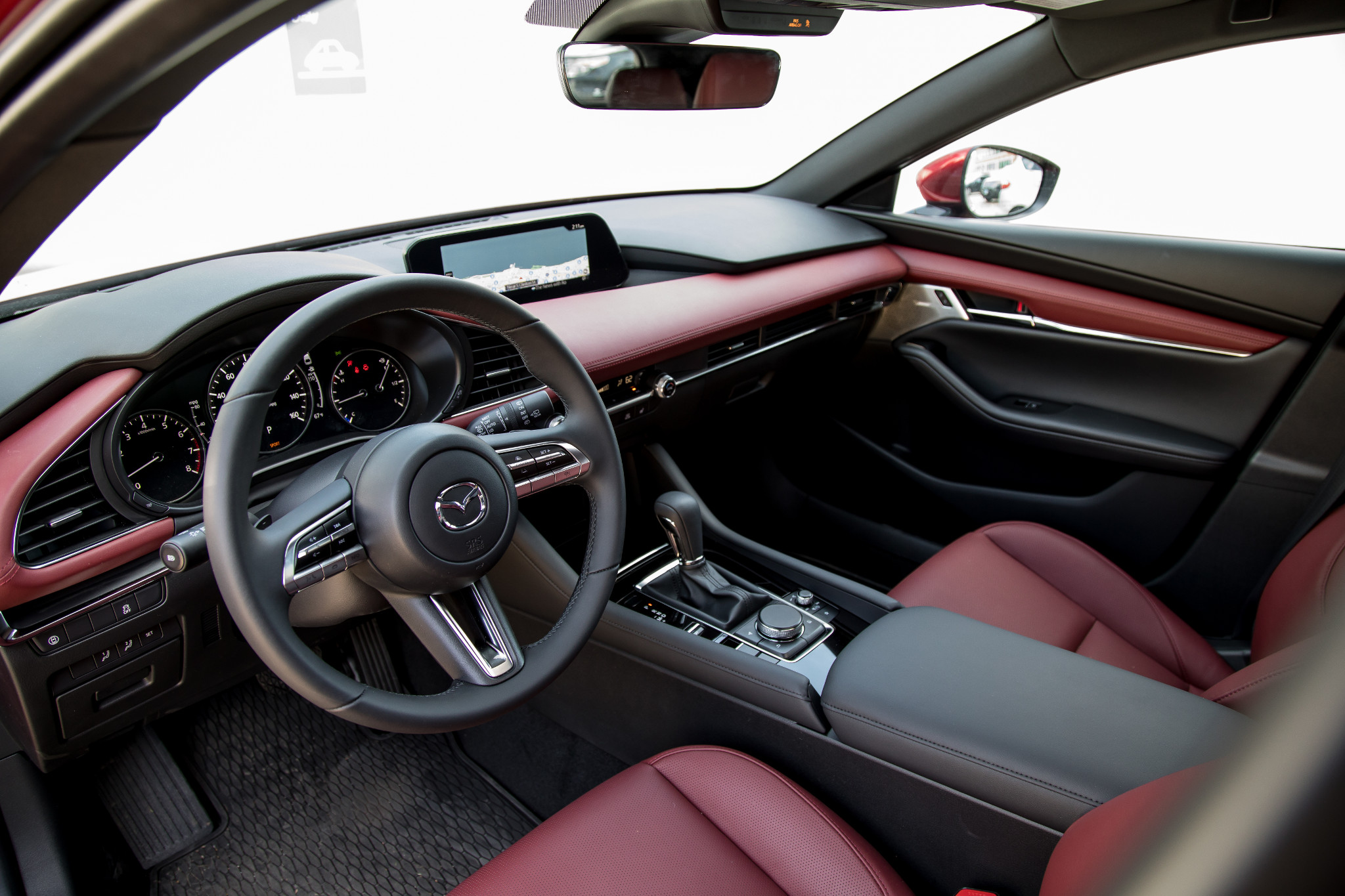 It’s a brand-new car, but the backup camera only has static rather than dynamic lines. That’s oddly old-school in a car with upscale ambitions that even could have impressed us, as some do, with a 360-degree camera system option on the high-priced trim levels. Also, it’s great to have driver assistance systems mostly standard, but driving into the sun caused multiple Cars.com editors to get alerts that the test cars’ systems were temporarily disabled. Plus, two USB ports seems stingy these days. 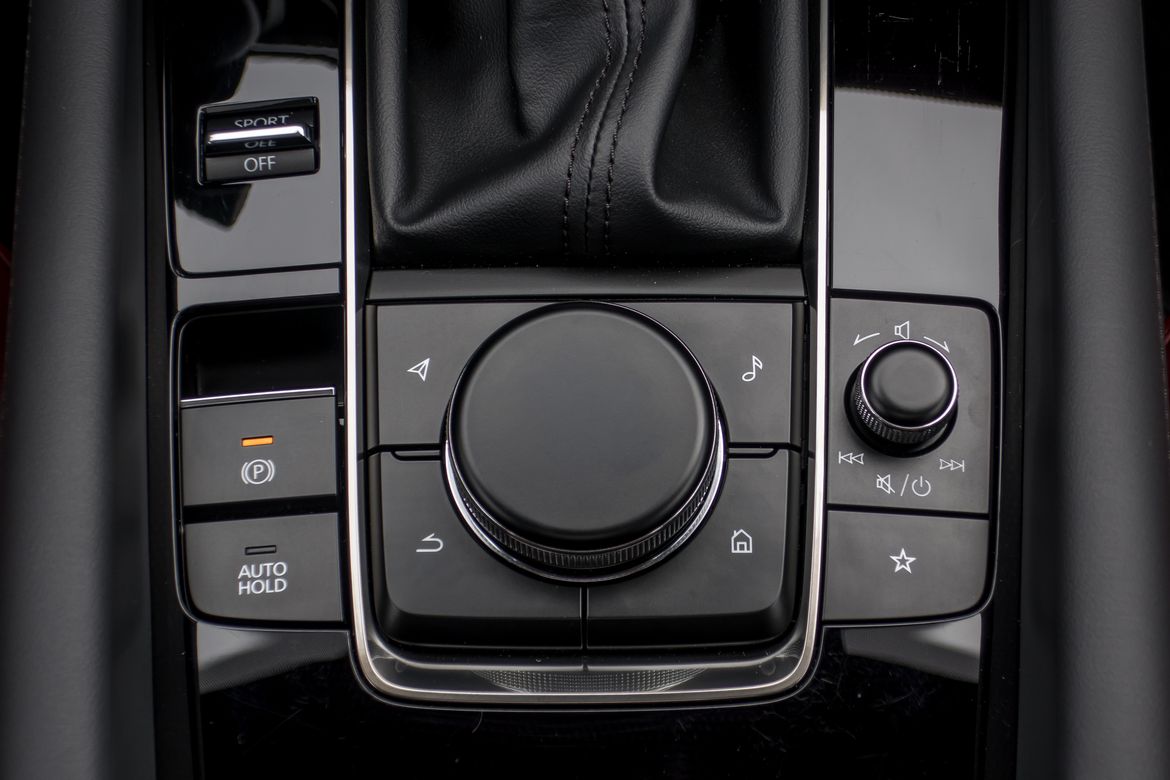 A steeply raked windshield extends nearly over the front seats and leaves its pillars stretched into your corner view. The hatchback, meanwhile, has SUV-size rear pillars that block nearby traffic. (The over-the-shoulder view is much better in the new Mazda3 sedan with its smaller back pillars.)

The six-speed automatic downshifts swiftly and crisply for more power, but tall gearing makes it take forever to get back to the engine’s power sweet spot. Sport mode makes the accelerator more sensitive, retards upshifts and keeps rpm up by staying out of the highest gears — but you can almost feel the gas mileage drop.

An EPA rating of 30 mpg combined for the six-speed automatic front-drive cars and 27 or 28 mpg depending on body style with all-wheel drive is not impressive among mainstream compact cars with modest power. A modern eight- or nine-speed automatic might boost that. But in pursuit of improved mpg, many transmissions with more speeds don’t have this Mazda’s kickdown response and still have wide gaps in gearing. Even worse, some automakers have given up on drivability in favor of a continuously variable automatic transmission — so consider this only a gentle nudge.