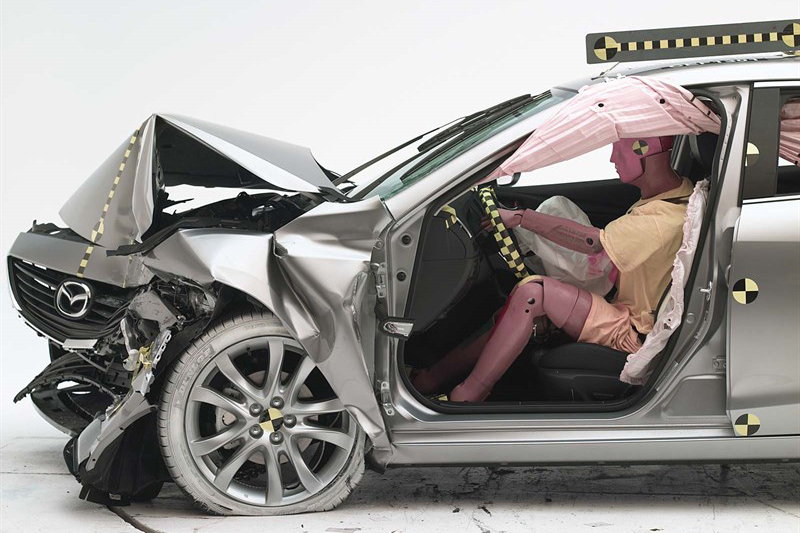 For 2019, Mazda added more standard safety features to its Mazda6 mid-size sedan, and it’s paying off in safety ratings. The Insurance Institute for Highway Safety today announced that the 2019 Mazda6 earned the Top Safety Pick award, the agency’s second-highest honor.

The sedan earned good ratings in the driver- and passenger-side small overlap front, moderate overlap front, side, roof strength and head restraint tests, as well as a superior rating for front crash prevention and an acceptable headlight rating. A good headlight score is required for the Top Safety Pick Plus award, the agency’s highest designation. Since the Mazda6 earned an acceptable rating, it only gets a Top Safety Pick (no “Plus”).

There’s a catch, however. IIHS cautions that only models with the optional curve-adaptive LED projector headlights earned the acceptable rating.

“Its base headlights, which are static LED projectors, earn only a marginal rating because they provided inadequate visibility in several testing scenarios,” IIHS said in a statement.

In IIHS testing, the forward collision warning system performed well and avoided a collision in the 12-mph track test, and reduced its speed by 24 mph in the 25-mph test.