The 2020 Mahindra Thar is expected to make its debut next year and the company has been testing it rigorously in the southern part of the county. A set of new spy pictures of the Thar have again surfaced online and they give us a fair idea of its dimensions. We always knew that the 2020 Mahindra Thar will be bigger at every corner than the outgoing model, and in-turn the latest spy pictures tell us that it will be sizeable. The next-generation Mahindra Thar has grown in all dimensions.

The test mule which has been spotted is the hard-top version which is inspired by the Willys CJ5 and adorns its boxy silhouette. Its face looks a tad similar to the present day Jeep Wrangler which is a “like it or hate it” change as many did strongly admire the old school Jeep face. That said, the new face will surely make it look modern and will add to the lifestyle quotient of the Thar. What also is new on the upcoming Thar is the bold and heavy looking bumper while the wheel arches have been sculpted, they also sport turn indicators now. At the rear, the SUV comes with a full-size tailgate with a mounted spare wheel and large rear windscreen that complements its width. We cannot see any rear bumper on the test mule but the production-spec model is likely to come with one. 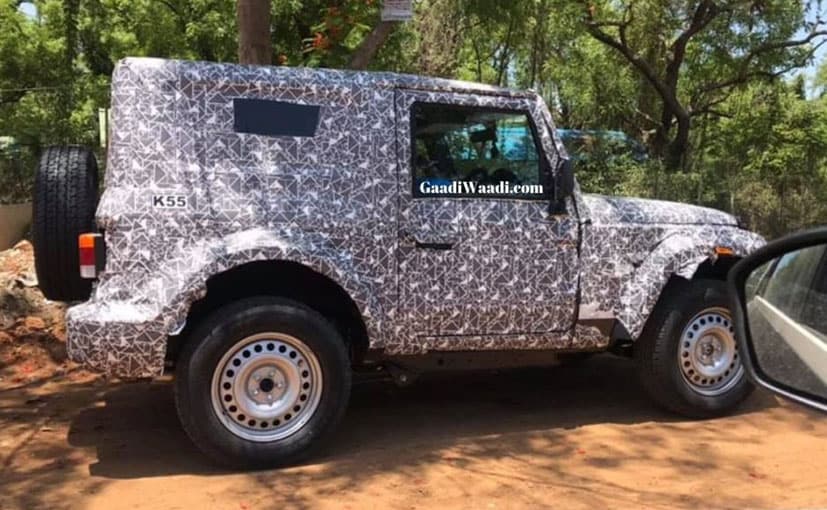 The 2020 Mahindra Thar will meet the upcoming emission and safety standards.

Previous spy pictures have also given us an Idea of the changes made to its cabin. The new 2020 Mahindra Thar will get an all-new black dashboard, which will sport a touchscreen display. The position of the round central air-con vents is unchanged but they now get glossy black treatment. The 2020 Thar will also get a new steering wheel with buttons for audio and telephony controls along with a brand-new instrument cluster which now comes with a Multi Information Display (MID) unit. It will also be fitted with new seats and improved fabric upholstery, while at the rear it will continue with the side-facing bench seats. We expect the 2020 Mahindra Thar to get Mahindra’s 2-litre BS 6 compliant engine and not to mention, it will get the 4×4 Low (L) and High (H) function as standard.