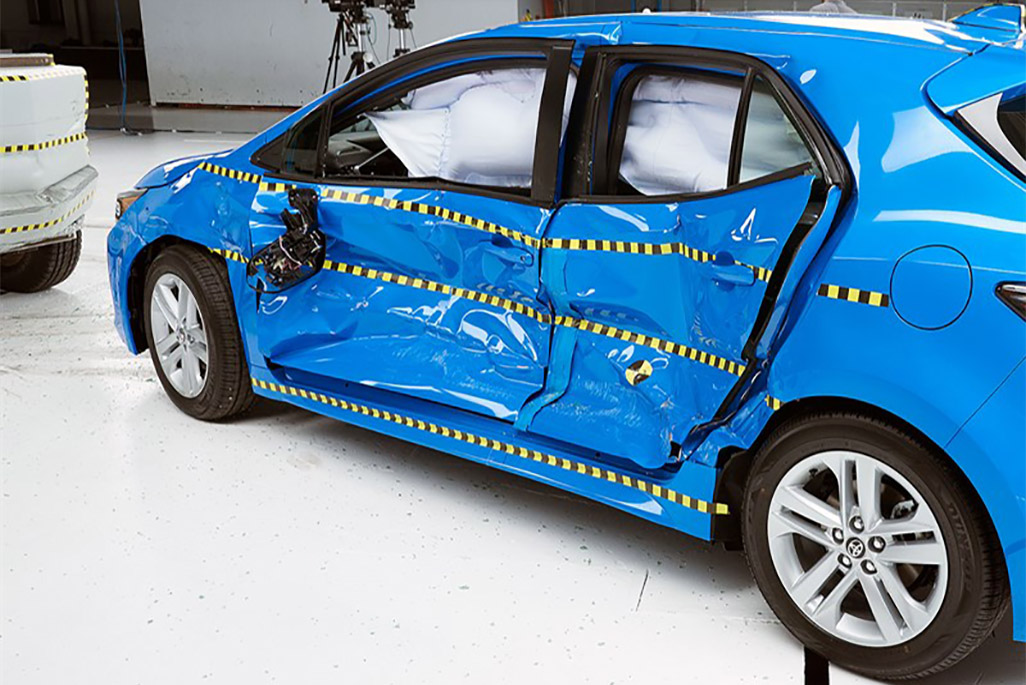 The redesigned 2020 Toyota Corolla sedan has earned a Top Safety Pick award in crash-testing by the Insurance Institute for Highway Safety. However, that’s only when equipped with its optional curve-adaptive LED headlights, and the performance of even that system fell short of earning highest Top Safety Pick Plus award.

The new Corolla earned top marks in all crashworthiness tests by IIHS, which have toughened for 2019 with the added requirement for Top Safety Pick of an acceptable or good score (out of good, acceptable, marginal or poor) in IIHS’ new passenger-side small-overlap frontal crash test.

The 2020 Corolla also got the top superior rating for the front crash prevention system with automatic braking that is standard on every Corolla.

The Corolla’s standard LED headlight system was scored just marginal for “inadequate visibility in multiple IIHS test scenarios.” The curve-adaptive headlights included in an optional Advanced Lighting Package on the top XLE and XSE trim levels earned the second-level acceptable rating. A top good rating for the lights, along with the Corolla sedan’s top scores for the crash tests and crash prevention system, would have earned the compact sedan the highest Top Safety Pick Plus award. IIHS did note, however, that the Corolla’s standard high-beam assist “compensates for some of the limitations of the low beams of both the base headlights and the curve-adaptive ones.”

The redesigned 2020 Corolla sedan now shares a platform with the new-for-2019 Corolla hatchback, which also is a Top Safety Pick when equipped with the optional adaptive LED headlights.

See how the 2020 Corolla sedan stacks up against other compact sedans in IIHS testing here. Among its close rivals, the Corolla’s rating beats the 2019 Honda Civic, which failed to qualify as a Top Safety Pick because of a poor performance by its headlights. But the Corolla’s rating is lower than the Top Safety Pick Plus awards earned by the 2019 Honda Insight — with its standard headlights — and also the Hyundai Elantra, Kia Forte and Subaru Impreza when equipped with their best available headlight systems.