It may look undisguised, but there’s actually quite a lot of camo.

Introduced in 2016, the Kodiaq spearheaded Skoda’s SUV onslaught that continued with the compact Karoq and even smaller Kamiq. In China, there are a couple of market-specific models such as the Kodiaq GT and Kamiq GT serving as sleeker-looking versions with coupe-inspired rooflines. The newcomer in Mladá Boleslav’s SUV range is the fully electric Enyaq, with an Enyaq GT coming soon.

It’s time for the original Skoda SUV (Yeti was a quirky hatchback while the 1960s Trekka was conceived as an agricultural vehicle) to go through a mid-cycle update. Our spies stumbled upon a cleverly camouflaged prototype hiding the cosmetic changes planned for the 2021 Kodiaq. The headlights and taillights carry stickers with familiar graphics to trick us into believing the clusters haven’t changed at all. 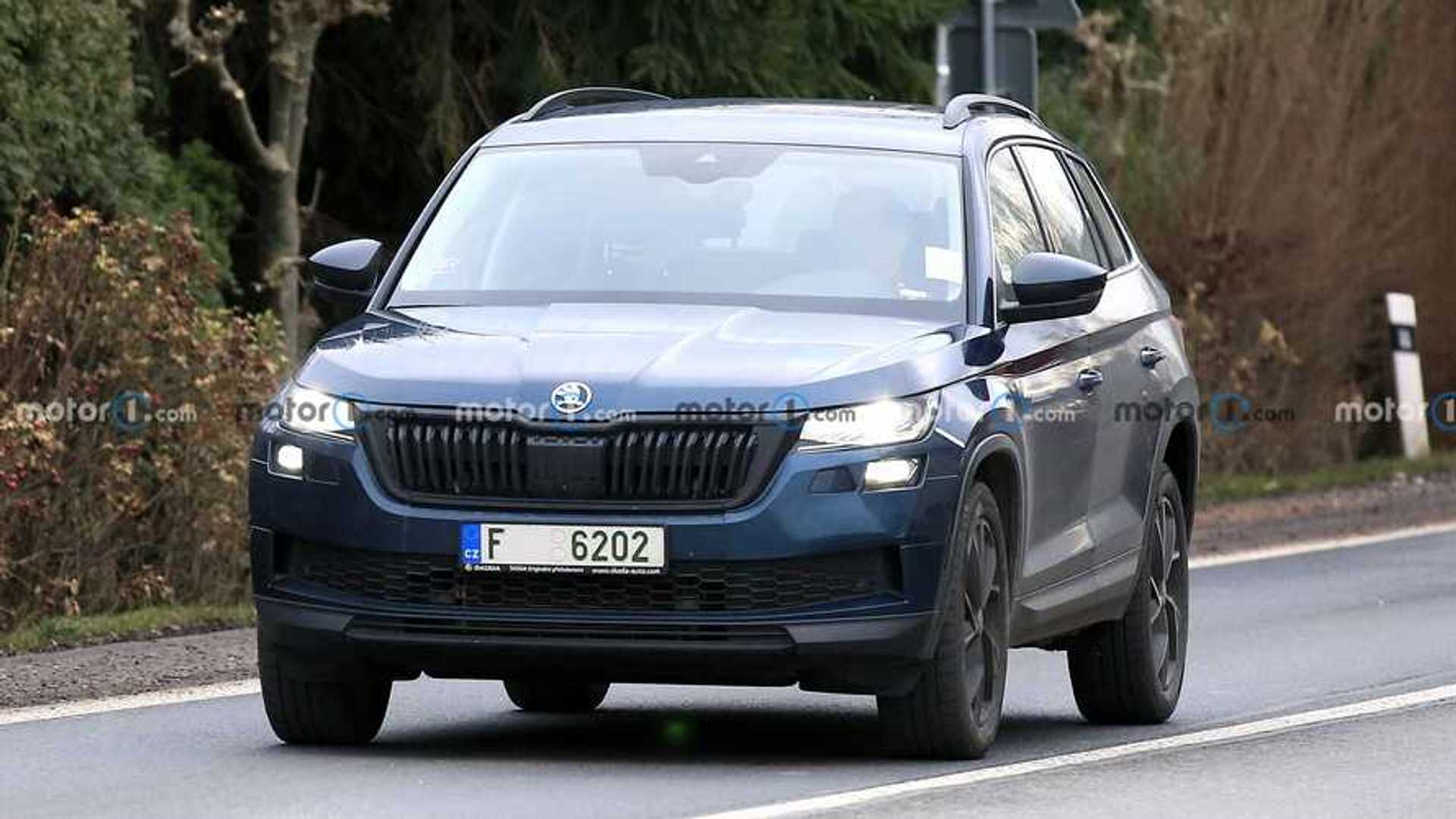 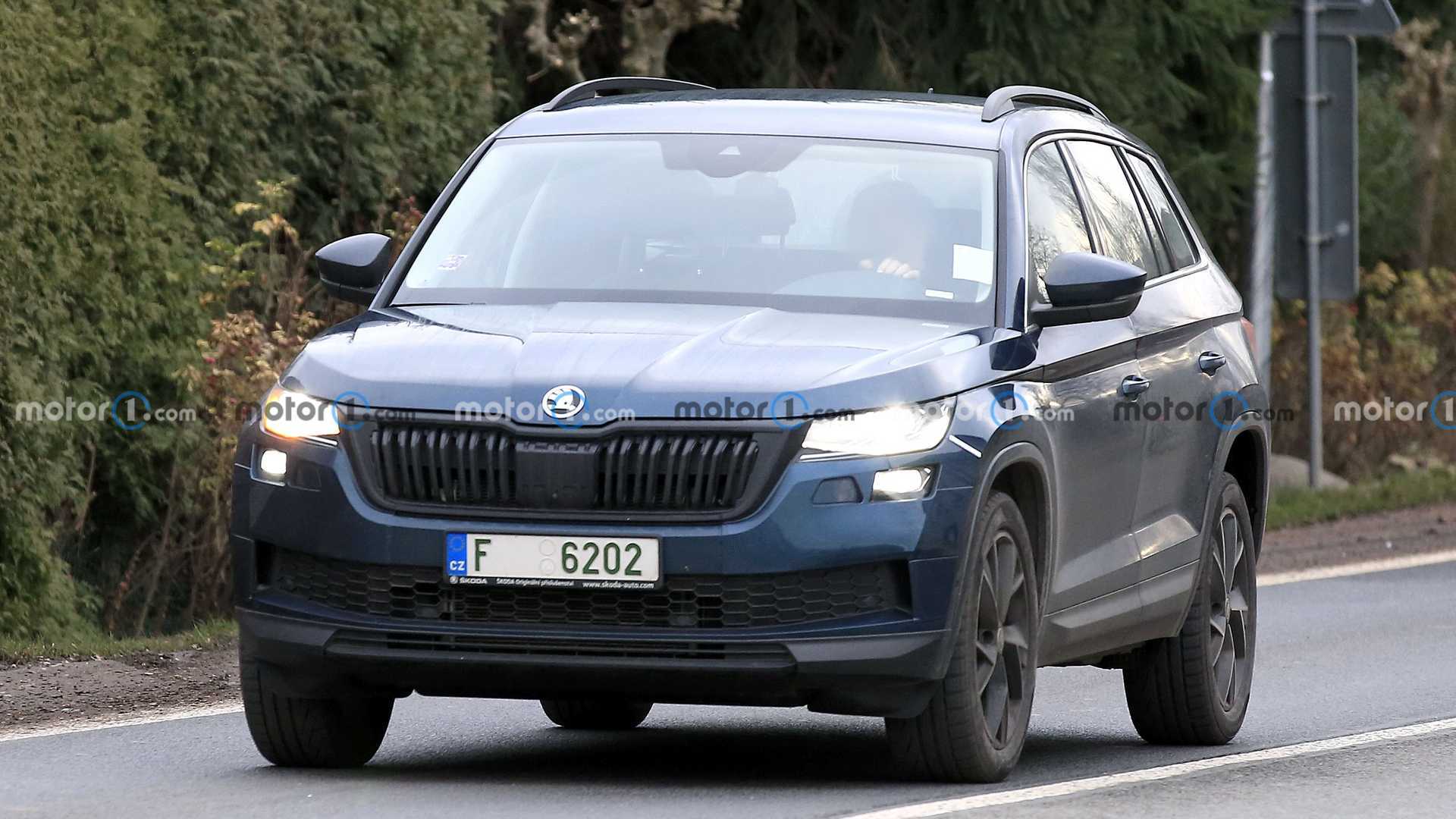 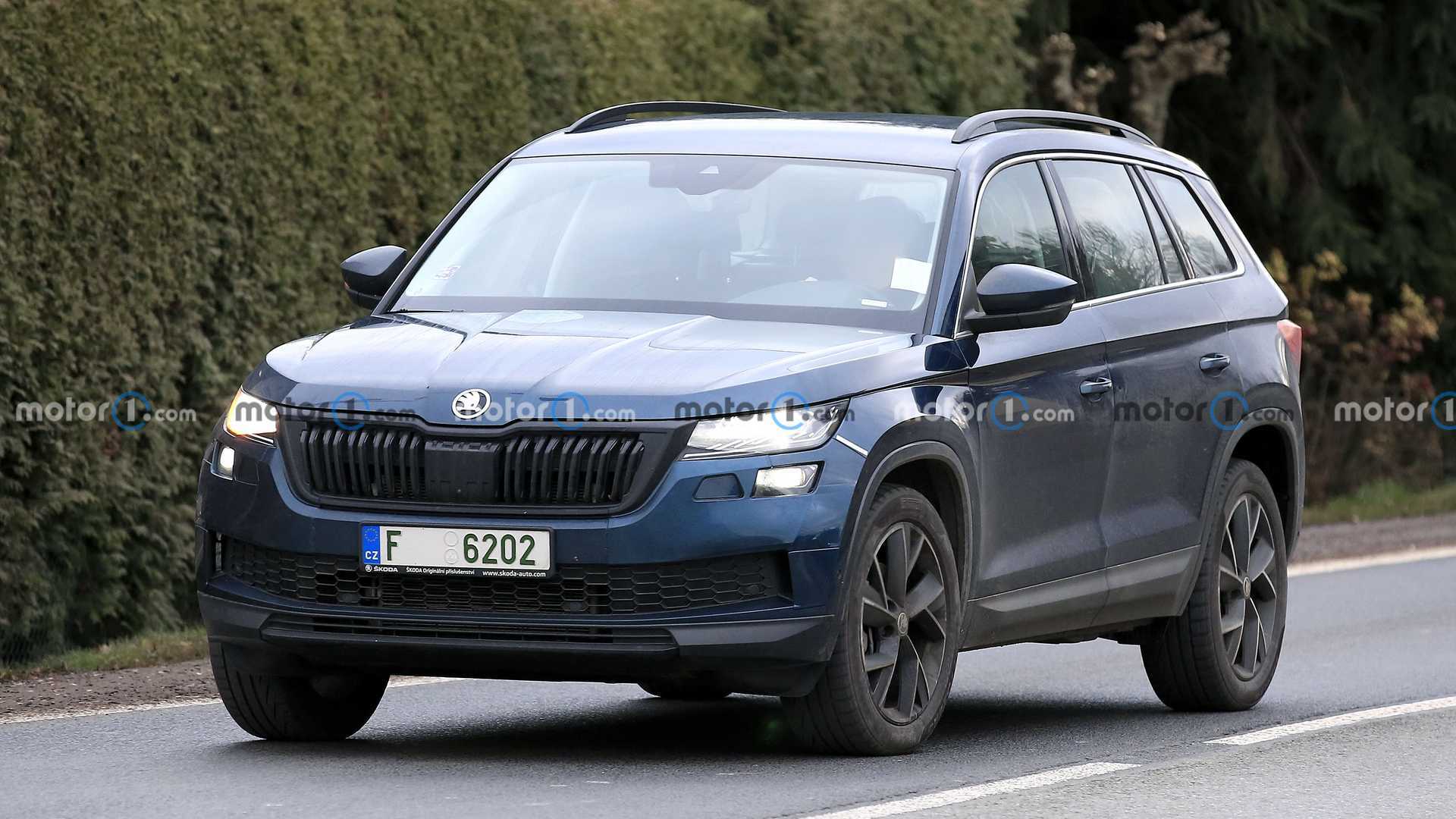 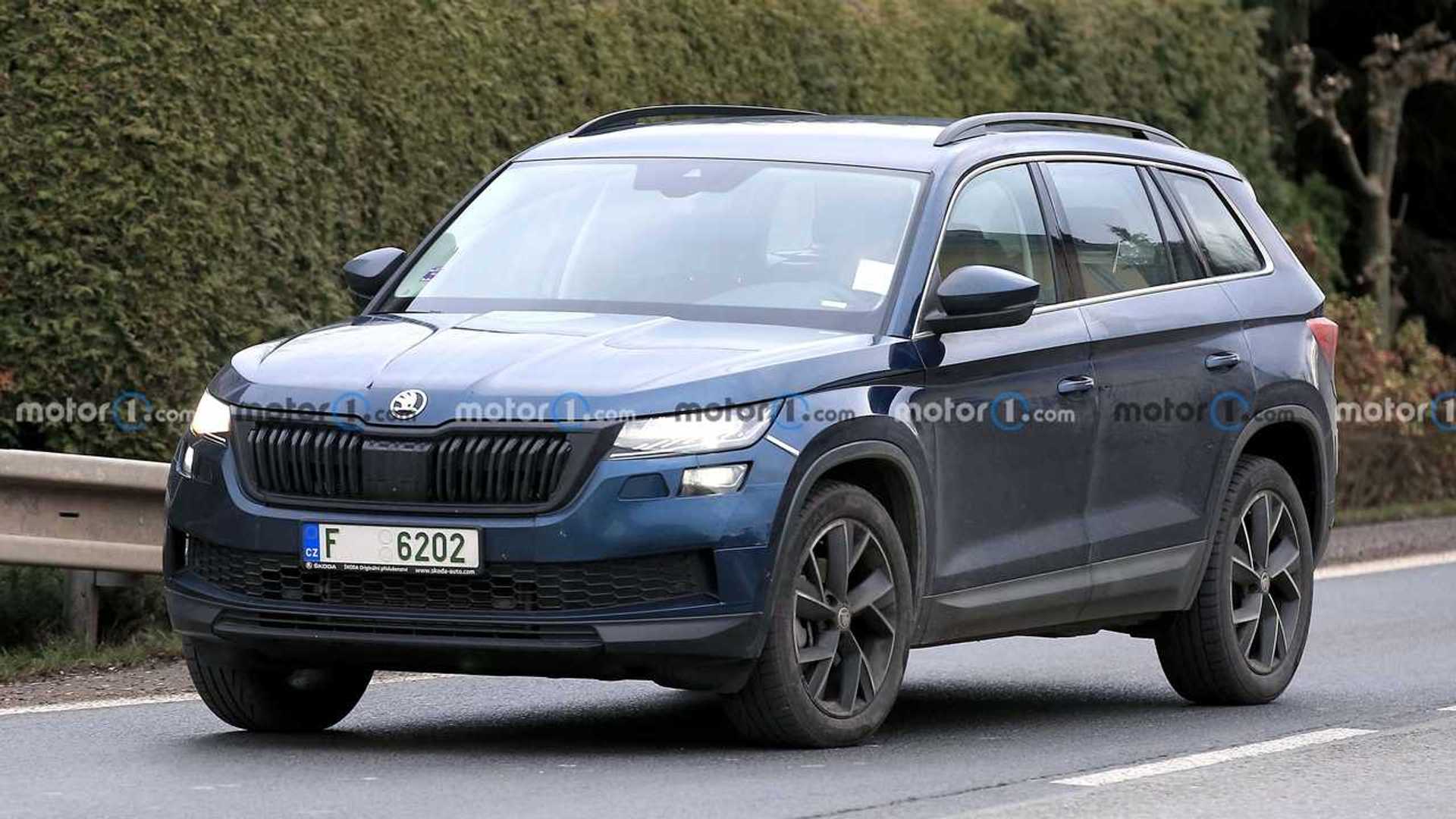 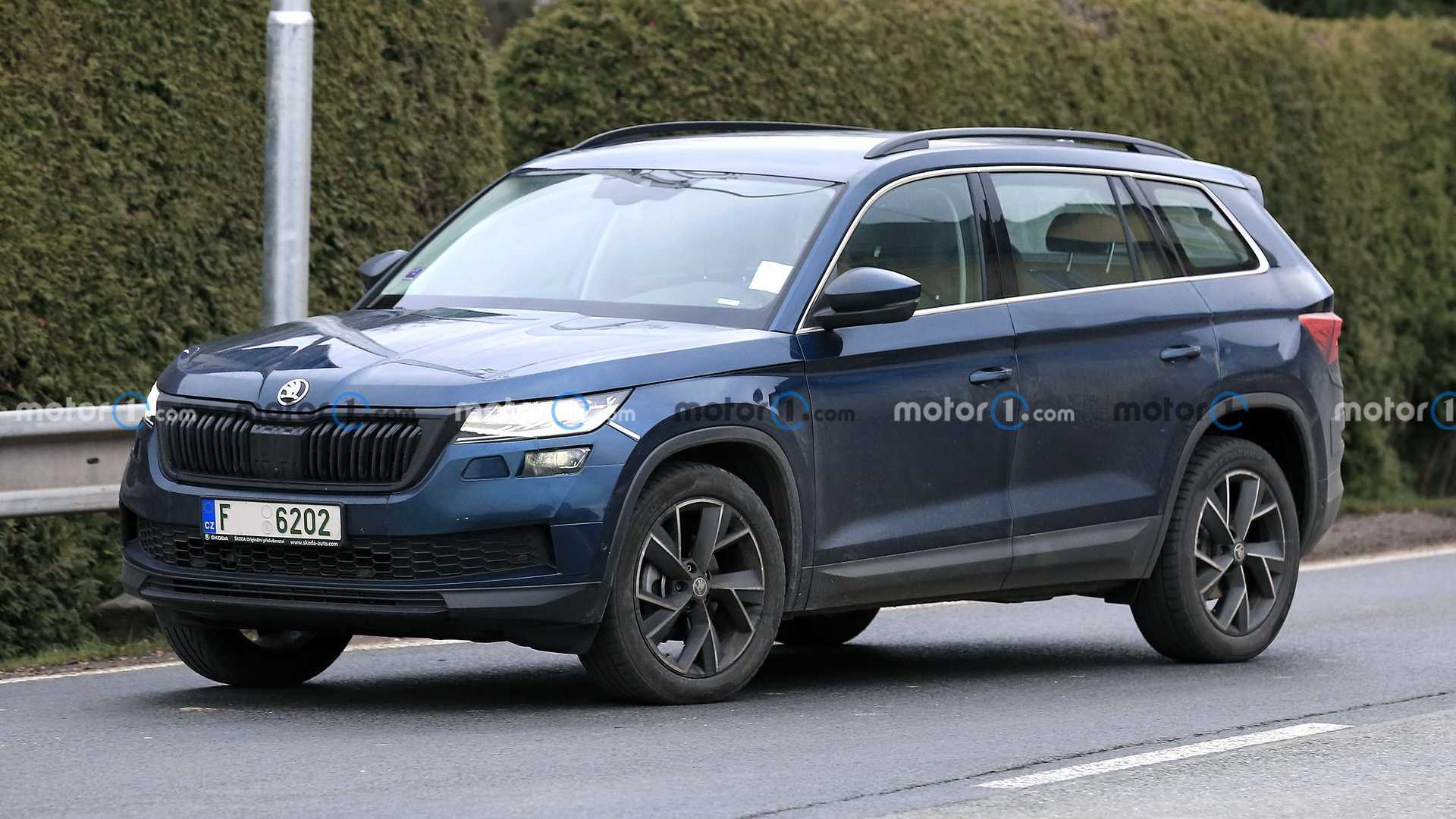 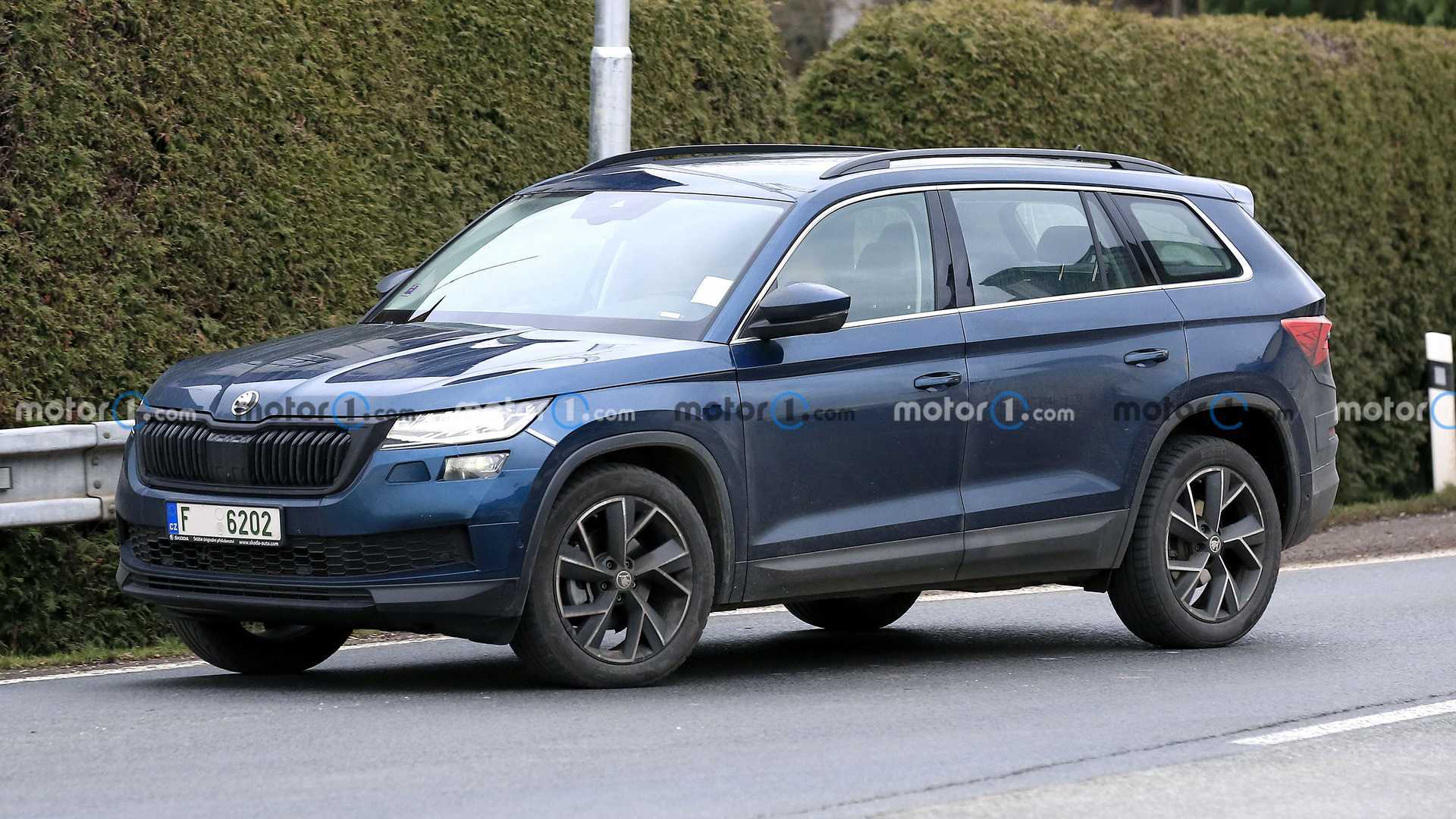 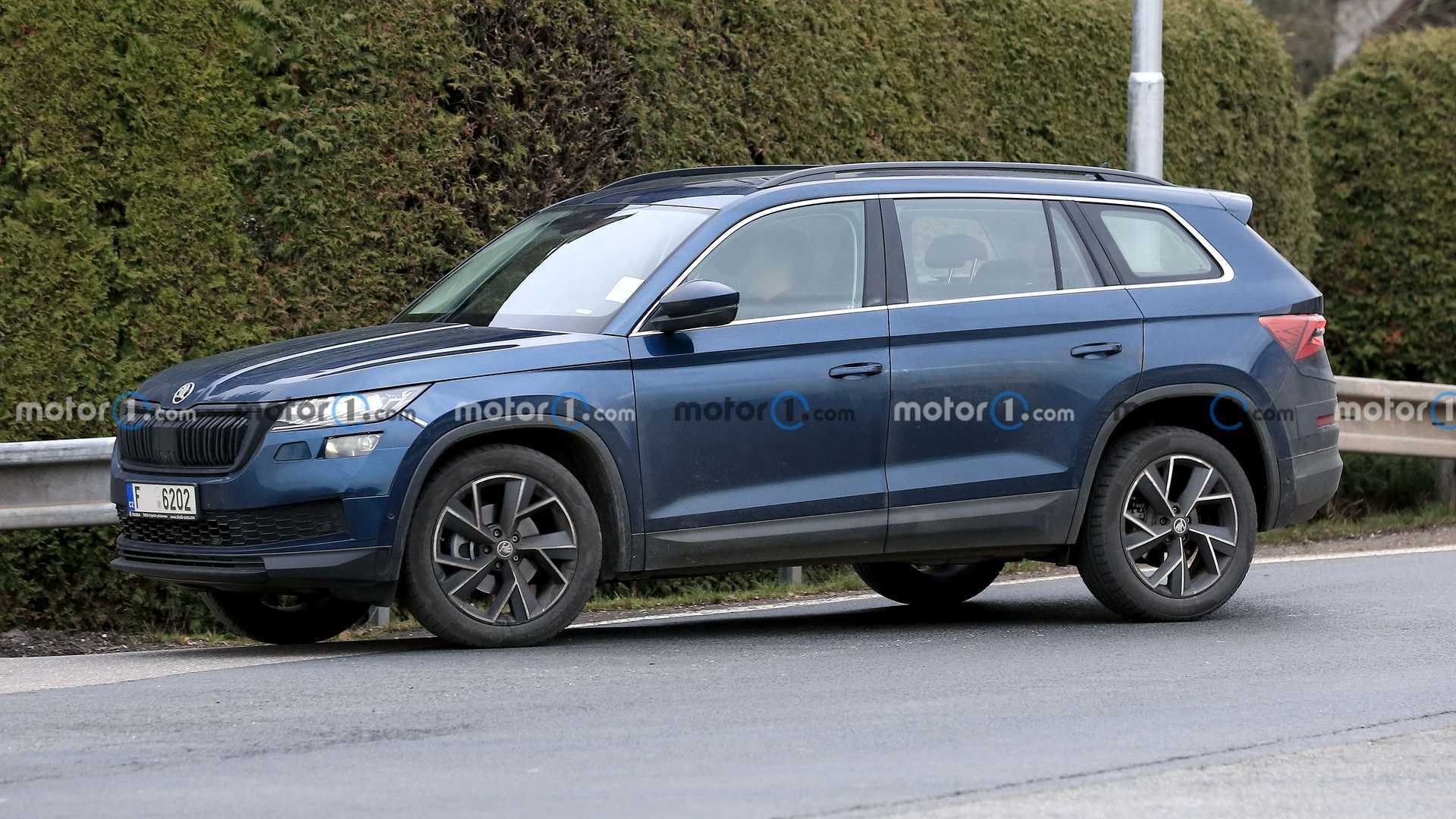 However, the facelifted Kodiaq is expected to get matrix LED technology with a new look for the clusters while sticking with the two-tier headlights as it’s the case with all the other Skoda SUVs. The taillights seem to have a different LED signature, although, once again, the fake stickers block our view. The car spotted undergoing testing seemed to have the front bumper design and alloy wheels of the Kodiaq Sportline, but it was missing the faux exhaust tips.

Skoda is also hiding the sides of the front grille by using thick plastic pieces and there’s also some sneaky body-colored camouflage on the bumper. The cap for the headlight washer has a new shape, not that 99 percent of people buying a Kodiaq care about…

With an Enyaq RS already revealed, the Kodiaq RS is no longer the only Skoda SUV to carry the Rally Sport badge. It’ll be interesting to see whether the upcoming facelift will soldier on with the twin-turbodiesel engine as some say it will switch to TSI power, though nothing is official at this point. As you may recall, the Kodiaq RS still is the fastest seven-seat SUV at the Nürburgring, but that’s only because the luxury brands haven’t taken their high-powered luxobarges at the Green Hell for a record attempt.

The wraps should come off later this year when Skoda is also expected to introduce the all-new Fabia supermini and the Enyaq GT.