The rugged off-road Explorer is all but revealed.

Here’s an early holiday gift for Blue Oval off-road fans. We caught a camouflaged Ford Explorer back in September, which we thought was an FX4 variant designed for off-roading. We’ve since learned it will be called Timberline, and now a new set of spy photos straight from Dearborn catch the macho Explorer fully exposed. In short, here’s the new Timberline before Ford wants you to see it.

Spy photographers catch a couple of different prototypes here, but the changes from the standard Explorer are still the same. It will wear new upper and lower grilles in a completely redesigned front fascia that looks to have off-roading in mind. It doesn’t sit as low as the standard explorer, and we clearly see a skid plate wrapping around the bottom. A closer look at the front clip suggests it’s a faux design, but the photos don’t offer a clear view further under the chassis to confirm. One thing is for certain – there won’t be any mistaking the Timberline with a standard Explorer from a head-on view. 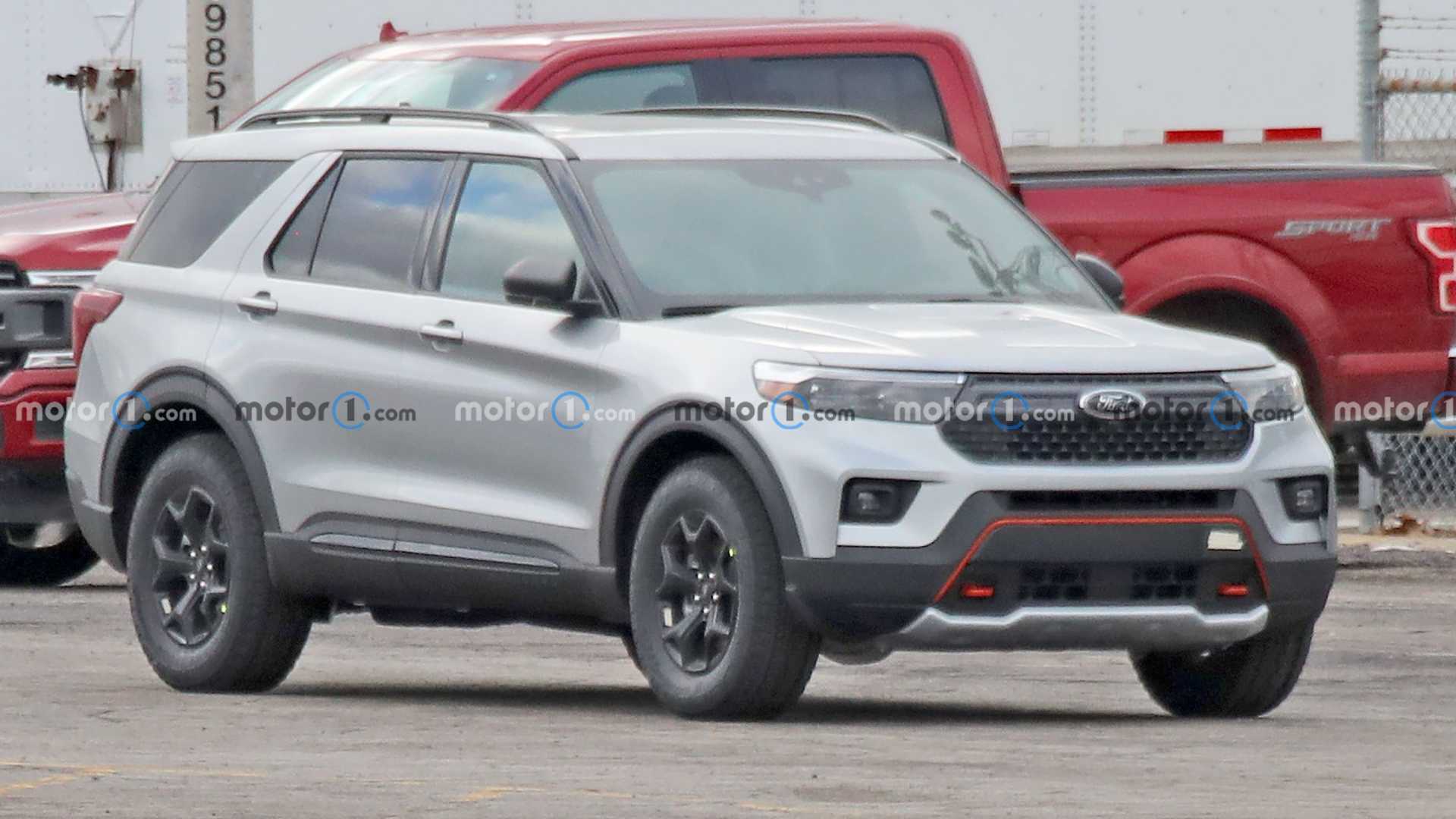 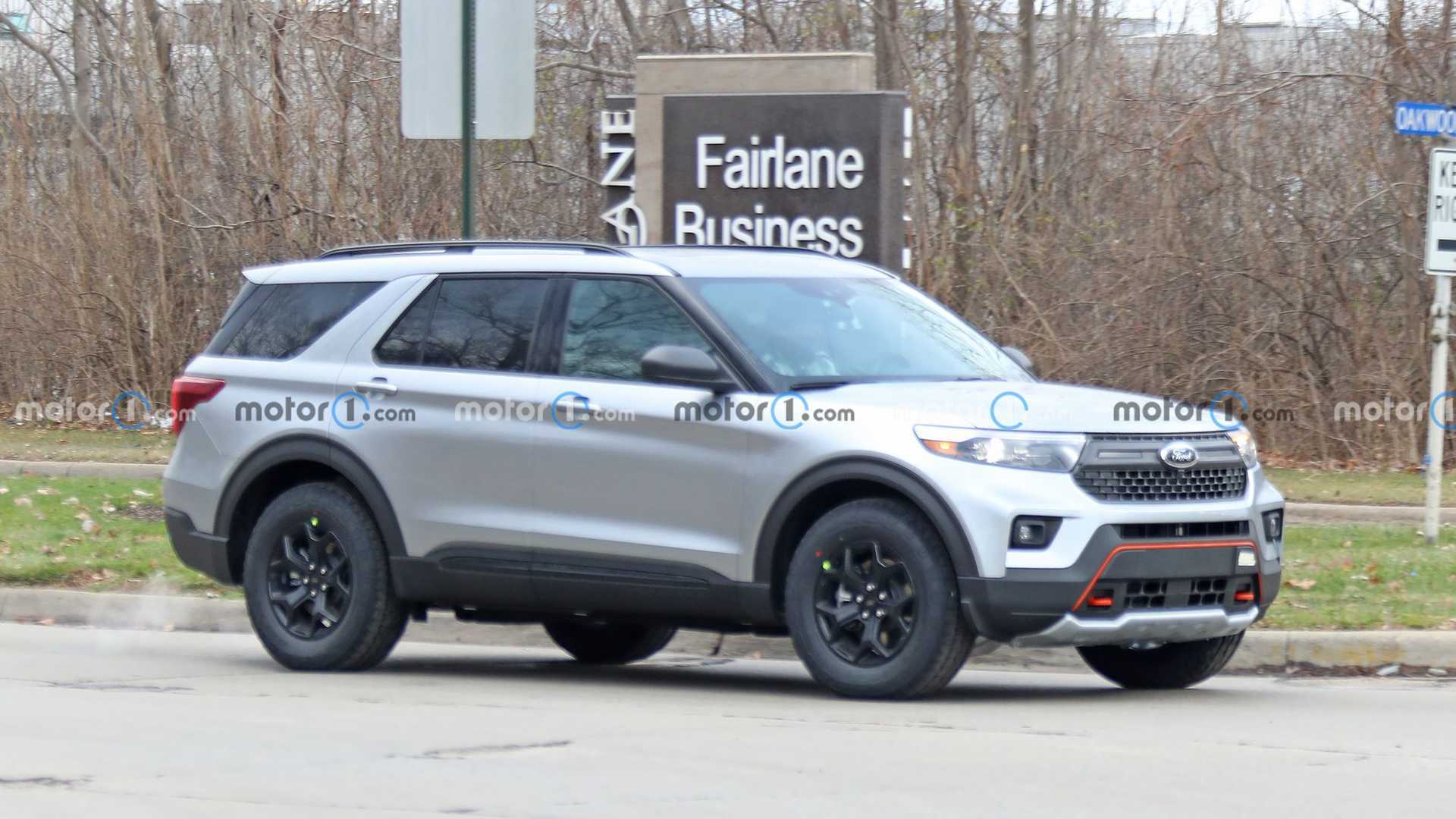 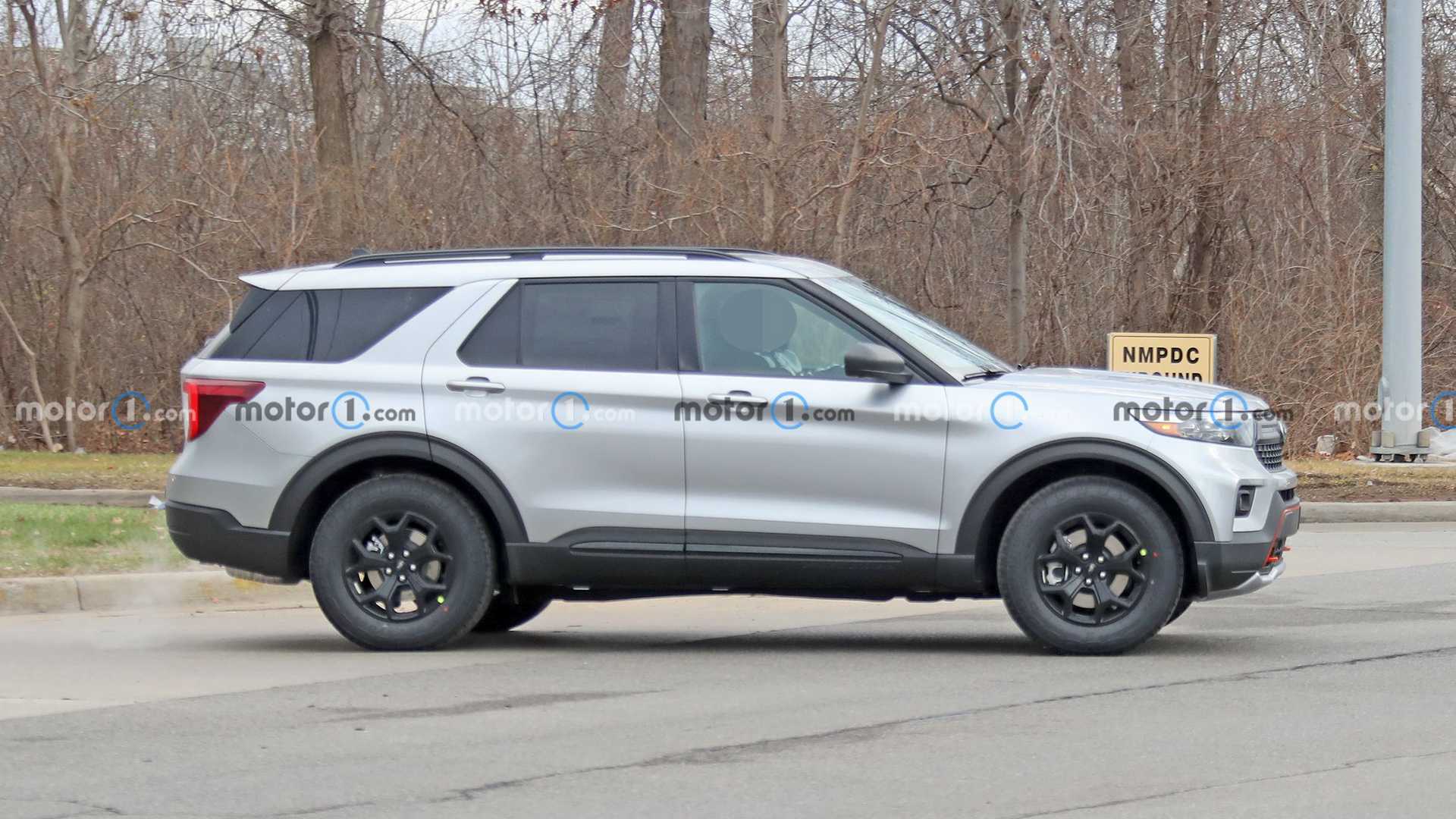 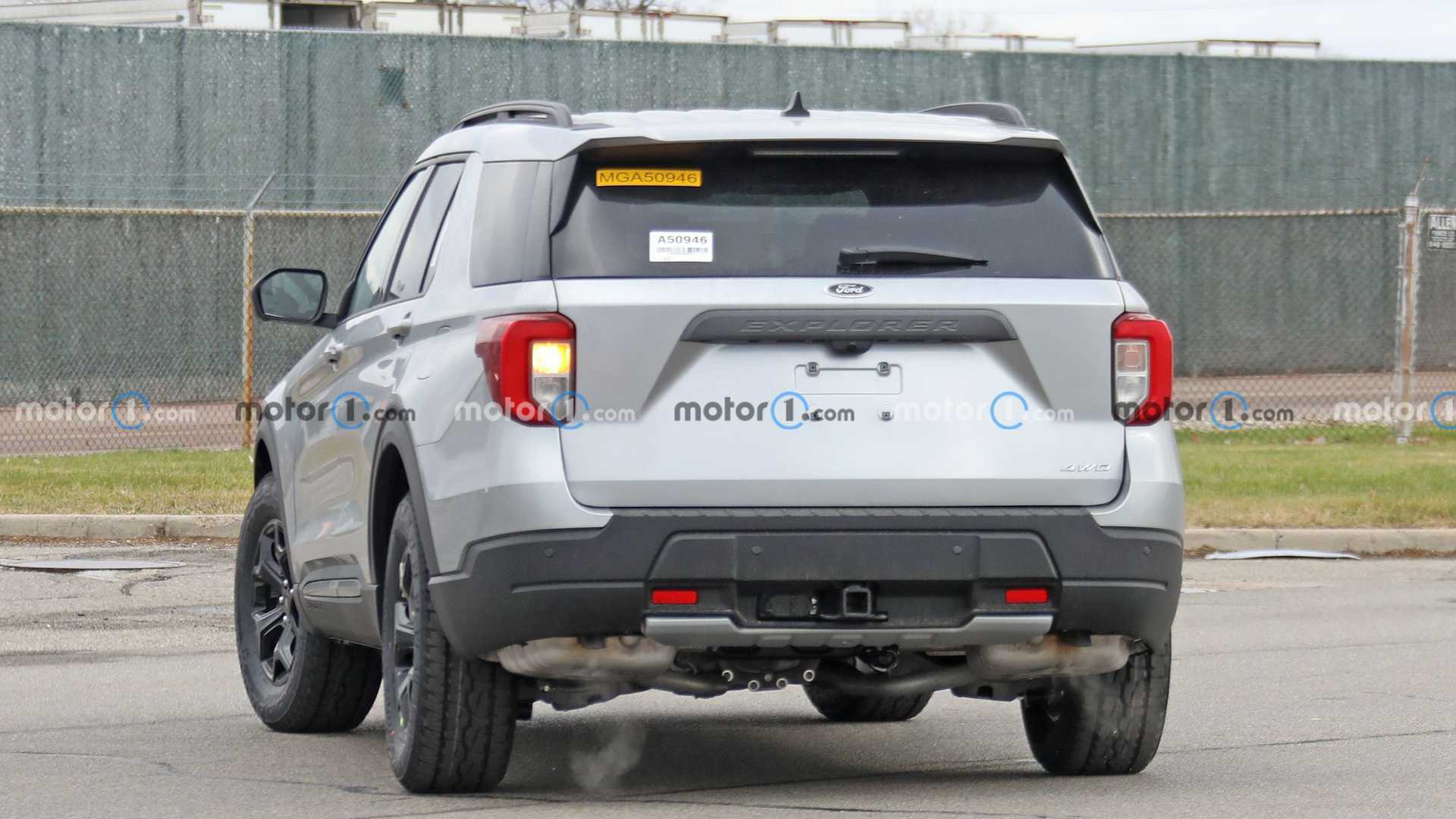 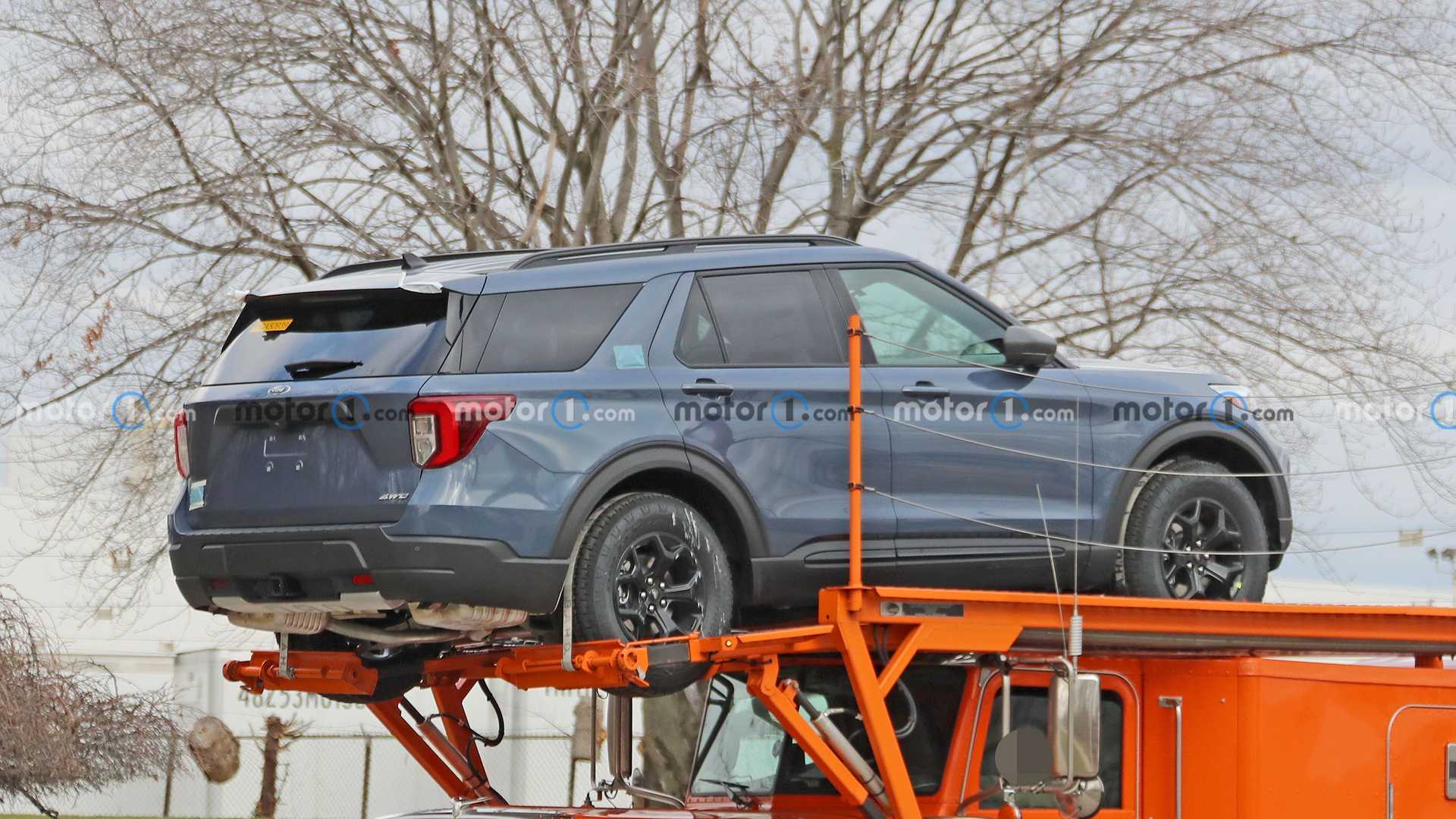 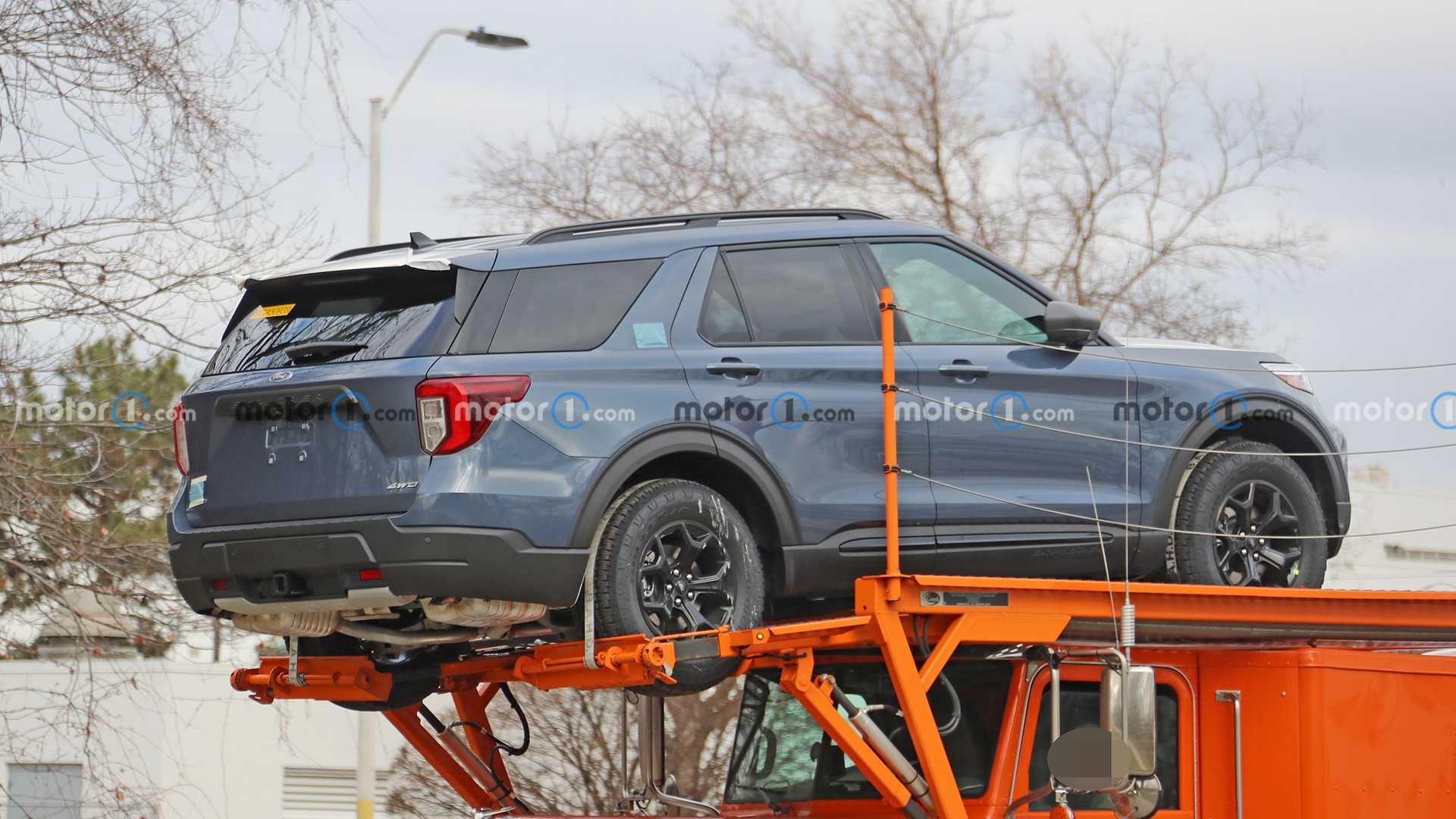 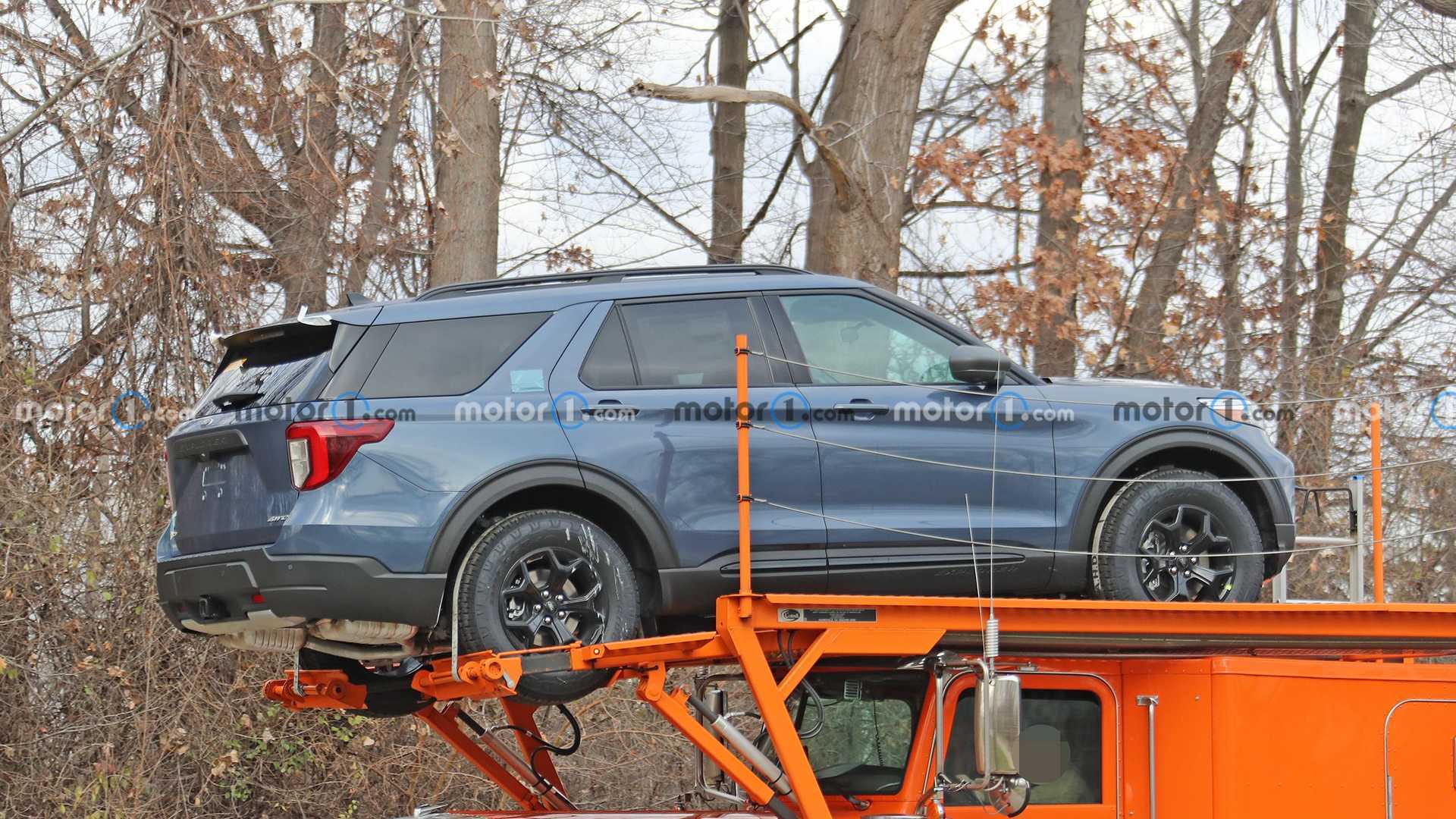 Other changes aren’t as obvious. The rear fascia is slightly different, moving exhaust outlets from the bumper and tucking them underneath the SUV. It also swaps street-focused tires for something a bit more high-profile and aggressive, which in this case appears to be Bridgestone Duelers on black wheels. At least with Bridgestone, Ford won’t have to worry about Wrangler being printed on the sidewalls.

Details on powertrain upgrades are still mum. Changes to the suspension for better off-road prowess are likely. Using the Expedition FX4 as an example, items such as a plethora of skid plates, electronic differentials, and a standard-issue 360-degree camera could be in the works. We’d expect power to come from the 3.0-liter EcoBoost offering 365 horsepower, though a twist would be the 400-hp version used in the ST.

Expect the Explorer Timberline to debut in the first half of 2021 as a 2022 model.