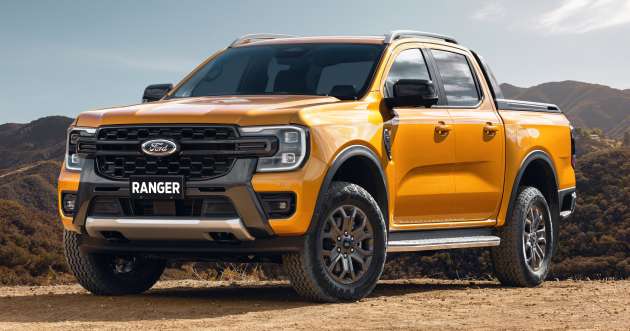 The newly unveiled 2022 Ford Ranger line-up is currently crowned by the Wildtrak, which is powered by a 3.0 litre V6 turbodiesel plucked from the F-150. It makes sense, then, for the Ranger Raptor to get an even more potent powertrain, no?

Well, according to a CarsGuide report, two of Ford’s most senior executives – vice president of global product development Trevor Worthington and Ford Performance motorsports global director Mark Rushbook – have publicly expressed their desires to create the “ultimate” Ranger Raptor, or the Raptor R.

To have a slightly better understanding of the matter, we turn to the Bronco Desert Racer, a modified race-spec SUV powered by racing-specification Coyote 5.0 litre V8 engine. This Bronco will be built by Canadian engineering and racing specialists Multimatic, the same company behind the Ford GT project. 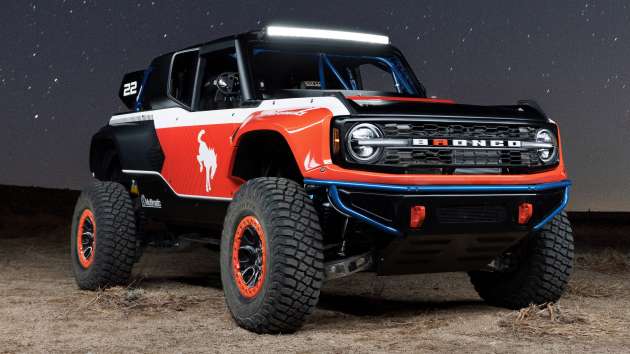 Now, Worthington acknowledged the potential for a Ranger Raptor built in the same spirit as the Bronco DR, saying there is “a lot of the Bronco Desert Racer that is standard Bronco.” He also added that the underpinnings between the Bronco and Ranger were developed by the Blue Oval’s Australian team, so “there’s a lot of opportunity.”

More interestingly, Rushbrook said there would be a lot of transferable mechanical components from the Bronco to the Ranger. He also nodded when asked if he felt a V8-powered Ranger Raptor would appeal to the Australian market, although both execs didn’t confirm the existence of such a project. The Raptor will rival the upcoming Toyota GR Hilux and Volkswagen Amarok V6. At launch, it may be priced above the current Ranger Raptor’s sticker tag of AUD$75,000 (RM226k), but Worthington is confident that there is a market for such a car in Australia.

He said “I don’t think there is a cap” for what Australians will pay for pick-up trucks, but “at the end of the day, it has got to be sensible and work for the business. I’d love to think we could do something like that. No plans at the moment, but we want to work on it,” he added.