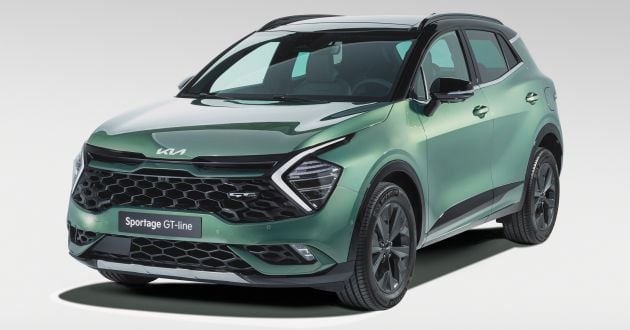 The fifth-generation Kia Sportage has officially landed in Europe, but it’s a slightly different SUV compared to the global version. According to Kia, the Euro-specific Sportage is optimised specifically for the region, making it the first model to receive such a treatment in its 28-year history.

It’s underpinned by the same N3 platform from Hyundai Motor Group, but the 2,680-mm wheelbase is 75 mm shorter compared to its global counterpart. Overall length is down 145 mm to 4,515 mm, and it’s slightly shorter too at 1,645 mm (-15 mm). That makes it more or less the same size as the previous generation Sportage, but with a 10 mm longer wheelbase and 30 mm increase in overall length.

The stark difference in length necessitates an extensive rework to the side profile, bringing obvious revisions to rear doors and C-pillar design. The rearmost windows from the longer wheelbase variant have been completely removed, and are instead replaced with thicker sheet metal. Wheel sizes range from 17 to 19 inches, and the GT Line gets a contrasting black roof . 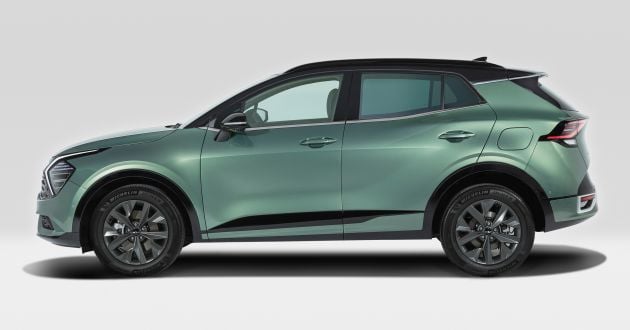 Kia Europe also claimed to implement bespoke regional tuning for the chassis, steering and ride comfort, although it didn’t lay out the specifics just yet. On the other hand, a range of petrol, diesel and hybrid powertrains have been confirmed, but let’s start with the 1.6 T-GDI plug-in hybrid option. 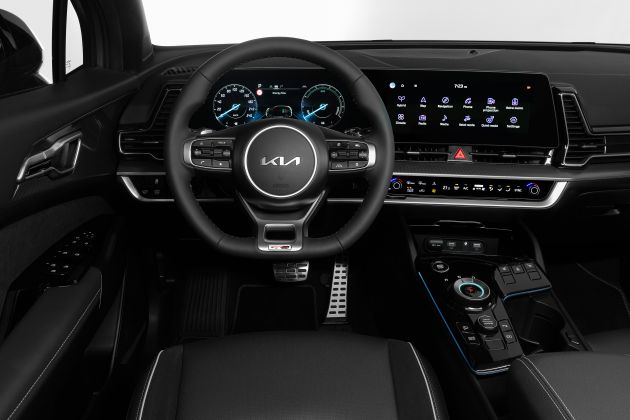 The 1.6 litre petrol mill develops 180 PS on its own, but gets assisted with a 66.9 kW permanent magnet traction electric motor that offers a total system output of 265 PS. This is paired with a 13.8 kWh lithium-ion polymer battery pack, capable of providing up to 45 km of pure electric range.

Other engines include a 1.6 T-GDI mild-hybrid with 230 PS, featuring a 44.2 kW electric motor and a 1.49 kWh LiPo battery. Also included is a 1.6L clean diesel mill with an output of 115 PS, or 136 PS for the MHEV variant. Gearbox options include a seven-speed DCT and six-speed intelligent manual transmission. Curiously, there’s no mention of an eight-speed auto, which the global version gets.

All European Sportage models are fitted with Kia’s Idle Stop-and-Go technology as standard. This ISG function works in tandem with the automaker’s ADAS technology, which scans the environment ahead to determine whether the ISG should be activated or not. This helps avoid unnecessary stop and start operations, Kia says. 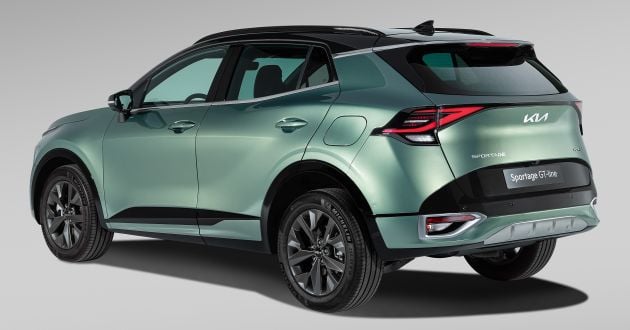 The new Terrain Mode is offered as well, allowing drivers to choose between snow, mud and sand mode. The usual comfort, eco and sport drive modes are also available. It’s unclear if the hybrid models get the new E-Handling system, but more premium variants will be equipped with adaptive suspension and electronically-controlled AWD system.