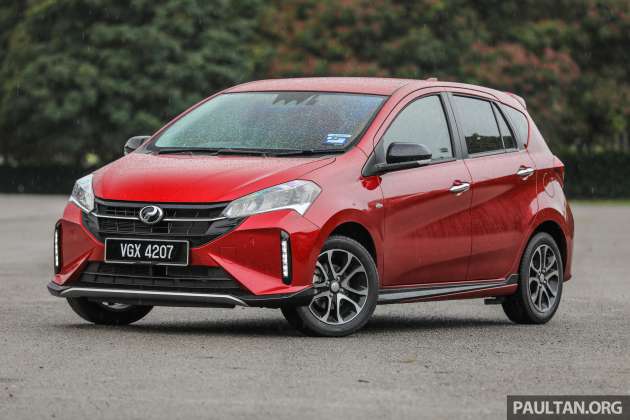 With the ending of the sales tax exemption for new cars as of yesterday, June 30, car companies have now started issuing new price lists that factor in SST, which is 10% for both CBU and CKD cars. National carmaker Perodua has revealed its new prices with SST for its entire model range, except for the new second-gen Alza, which is set to be launched sometime this month.

In the case of existing models, prices of existing models have reverted to what they were prior to June 2020, when the SST exemption was put in place. For example, the entire Axia range is now priced as they were when SST was included. The Axia 1.0 E now costs RM723 more, the exact amount that was dropped from the selling price when SST was removed – the SST-inclusive RM24,090 OTR price is identical to what it was in May 2020.

As for the Myvi range, it’s all up from before SST exemption was introduced, but that’s no surprise, as the introduction of the 2022 Myvi facelift last November saw prices increase for the model. Now, with SST back in the frame, prices are up by RM800 each for the two 1.3 G CVT variants (with and without PDSA) all the way to RM1,100 for the 1.5 AV, bringing the range-topping Myvi to RM59,900. 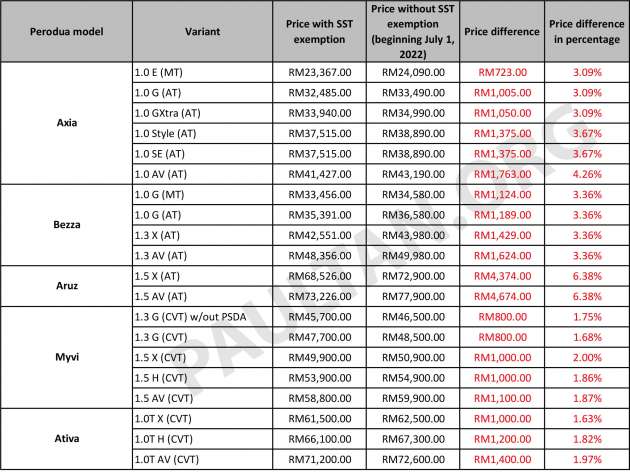 If you managed to put in a booking by the deadline yesterday, you’ll still be able to enjoy the tax savings so long as your new car is registered before March 31, 2023, as announced by the government on June 20, 2022.