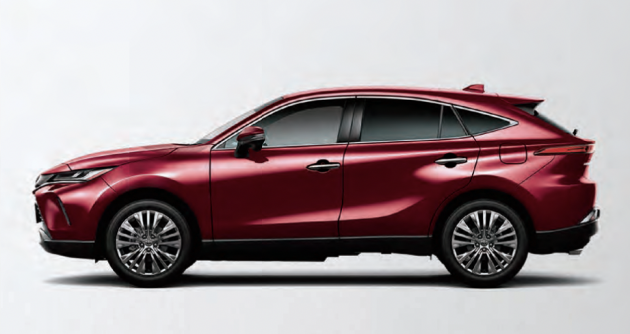 The standout feature of the Harrier Luxury SE is its red metallic exterior colour, with a new brown interior. Both are available exclusively in the Luxury SE variant. Inside, the door panels are now wrapped with black leather and finished with brown trims. The same colour combination is also applied to the seats, with a combination of black leather upholstery and brown stitching.

Ravindran K., president of UMW Toyota Motor said, “We are humbled by the positive support from our customers and are even more committed to going the ‘Extra Mile’ to intensify production and ensure timely delivery to new car owners. We are delighted to showcase the new improvements made to the 2022 Toyota Harrier 2.0L Luxury Improvement (IMP) and hope this update will give drivers an exceptional experience every time they get behind the wheel because it’s all about the drive.”