While enthusiasts are all patiently waiting for the Type R, Honda is currently catering to those who prioritize efficiency over performance. It launched the Civic Hatchback e:HEV in Europe earlier this week and now it’s presenting its Sedan equivalent in Thailand. Shown here in the sporty-looking RS trim, the electrified saloon uses the same hybrid setup as its Euro hatch cousin.

At the heart of the Civic Sedan e:HEV is a newly developed 2.0-liter gasoline engine. The four-pot mill runs on the Atkinson cycle and works together with a pair of electric motors. Combined, the hybrid powertrain is good for 181 horsepower (135 kilowatts) and 315 Newton-meters (232 pound-feet) of torque. Those are decent output figures considering the spicy Civic Si has only 19 hp (14 kW) more while being down on torque by 55 Nm (40.5 lb-ft). 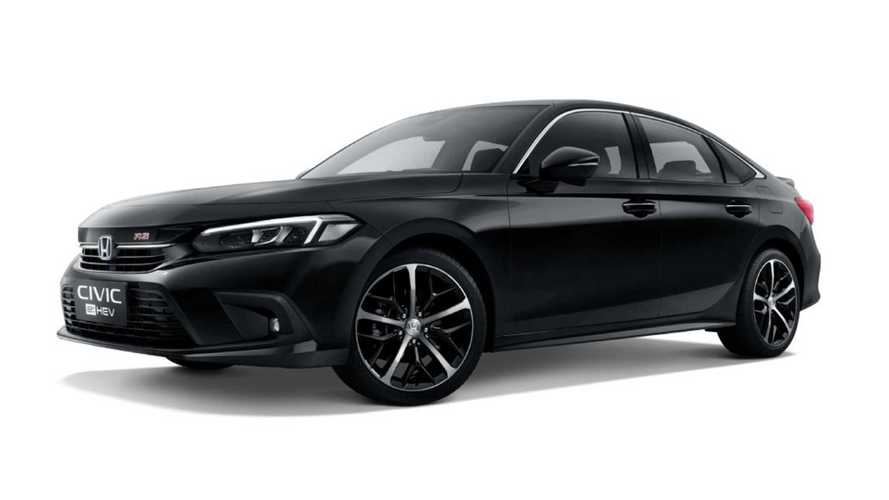 Of course, the e:HEV is heavier than the Si once you add those two e-motors and a 72-cell lithium-ion battery pack. Honda is proud to say the combustion engine has a thermal efficiency of 41 percent – one of the highest among road-legal production cars. However, with an e-CVT, it’s far less sporty than the Civic Si with its six-speed manual gearbox.

With this being a full hybrid, it also offers a limited electric range for extra efficiency. Honda currently has the car on display at the 2022 Bangkok Auto Show in Thailand where the black sedan boasts 18-inch wheels and chrome-trimmed door handles. It also gets flashy red “RS” badging as well as contrasting stitching in the same hue for the seats wrapped in synthetic leather.

Honda Thailand will have the Civic Sedan e:HEV on sale from June at a starting price of 1,150,000 Thai Baht for the base EL+ trim level. That works out to about $34,300 at current exchange rates. Step up to the RS featured here and you’ll pay 1.27 million THB or approximately $37,800.

The most exciting addition to the Civic lineup will undoubtedly be the Type R. It’ll be unveiled later this year exclusively as a hatchback with a manual gearbox and a gasoline-only engine.