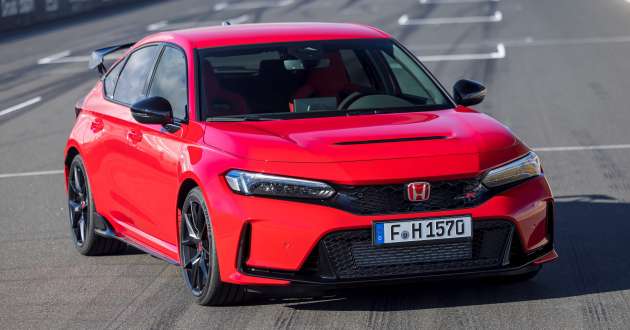 Official pricing for the all-new Honda Civic Type R has been revealed for Europe, with the FL5-generation retailing from 46,995 euros (RM216,010). According to Honda Europe, the order books are now open as of November 30, and the first customer deliveries are set to take place from January next year.

Honda Europe included plenty of technical details in it release, including mention of the straight exhaust system that increases the exhaust airflow rate by 13% over the previous model, while also reducing back pressure and allowing the engine to perform more efficiently.

Other changes include an upgraded radiator for better temperature control and cooling during sustained heavy use, which works with the 48% larger opening provided by the new grille and front bumper design. The car’s air intake is also larger in diameter to enable a 10% increase in intake flow rate, with a revised engine control system in charge of controlling ignition timing and VTC (Variable Timing Control) to improve overall throttle response under acceleration.

The uprated mill drives the front wheels through a helical-type limited-slip differential and six-speed manual transmission, the latter of which has been improved with a high-rigidity lever, an optimised shift gate pattern and spring rate as well as a revised rev-match system. The flywheel has been made 18% lighter to reduce inertia by 25%, further contributing to the VTEC Turbo’s responsiveness.

As for the chassis, the 35 mm longer wheelbase is paired with wider tracks and rear body rigidity is up 15% thanks to 3.8 times more adhesive being used. Elsewhere, the aluminium bonnet is 43% lighter than the previous model’s steel panel, while the resin tailgate is 20% lighter than before. 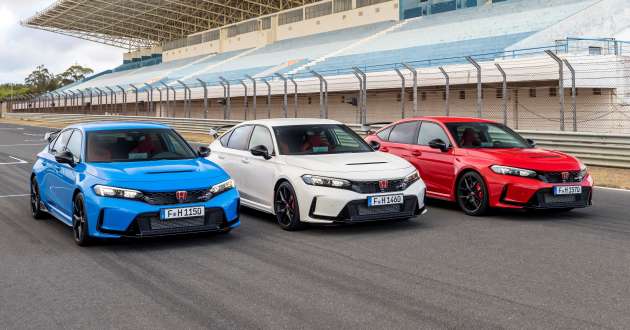 A revised dual-axis front suspension with new lower suspension arms that are optimised in shape and rigidity help achieve a 16% increase in camber rigidity, and is joined by a larger diameter, 60% more rigid, torsion bar for the electric power steering column.