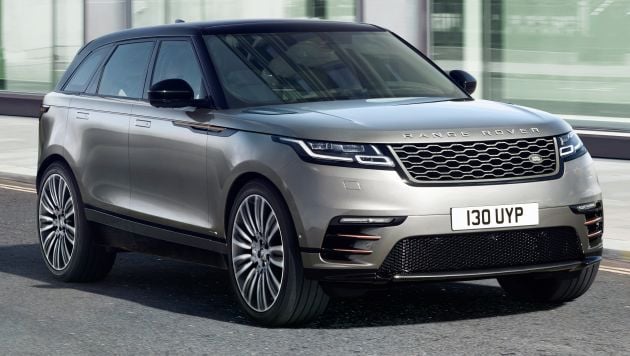 As you probably know, SUVs are gaining in popularity around the world, not least in Malaysia. You can now find a range of offerings from almost every carmaker, competing in just about every price and size segment. It’s hard to stand out, but if you’re going to do it at all, why not do it with the best of the breed – the original?

That’s what driving a Range Rover gets you. The seminal luxury off-roader has defined the segment for decades ever since it came on the scene in 1970, deftly blending on-road comfort and performance with imperious go-anywhere ability. And now that the brand has been expanded to a full lineup of vehicles, there’s something for everyone – all delivering on the same promise of duality.

The Range Rover Velar is a fine example of such a vehicle, marrying a stunning design with all the luxury, technology and capability that you’ve come to expect from a Range Rover. And for 2021, the Velar has been comprehensively updated to make it an even more attractive proposition.

The changes start with the new Pivi Pro infotainment system, which has been redesigned to offer a more intuitive user experience, with flat, customisable interface that puts 90% of the Velar’s commonly-used functions within just two clicks. The fast startup also means the system is ready as soon as the car is unlocked, while multiple Bluetooth connections and over-the-air software updates are also supported. 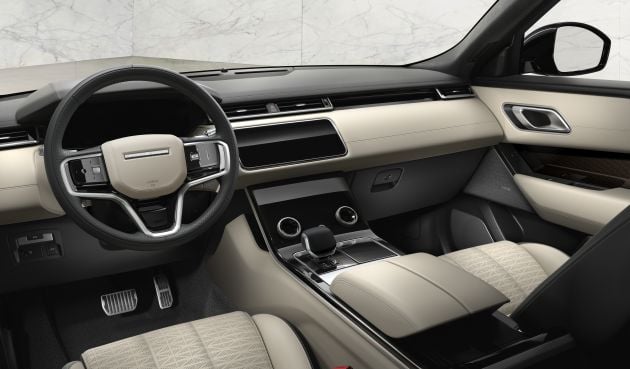 Complementing the Pivi Pro system are several new standard features, such as the 3D Surround View which gives you a three-dimensional view of the Velar’s surroundings, as well as the innovative ClearSight Ground View and Plan View that make navigating through tight urban and off-road obstacles a breeze.

There’s also the new Active Road Noise Cancellation, introduced on the Velar for the first time, that work just like high-end noise cancellation headphones. The technology is capable of lowering unwanted noise peaks by 10 dB and overall noise levels by three to four decibels – the equivalent of turning down the volume of the in-car sound system by four “steps”. This significant reduction in exposure to low-frequency noises up to 300 Hz can help prevent driver fatigue on longer journeys.

There’s also a full colour Head-up Display that projects key information, such as vehicle speed, gear position and navigation, directly in your line of sight. Meanwhile, the 12.3-inch Interactive Driver Display has been upgraded with sharper graphics and continues to offer up data such as driving information and media, along with full-screen 3D navigation.

The Velar’s refined interior ambiance has also enhanced through the redesigned steering wheel and a toggle shifter that replaces the previous rotary gear selector. These upgrades join the Velar’s already impressive array of standard features, such as a Meridian 3D Surround Sound System that incorporates 19 speakers, a 750-watt amplifier and a Cut Diamond motif on the stainless steel grilles that enhances the classy interior.

The Velar continues to offer well-rounded versatility to suit a wide range of driving conditions, built on a light and stiff aluminium structure that enhances performance and efficiency. The car’s inimitable off-road prowess has been enhanced with Wade Sensing that is now fitted as standard in Malaysia, making driving through water a less stressful affair.

Also now standard is the Electronic Air Suspension, which instantly adapts the ride height to keep all four wheels on the ground, even on the roughest terrain. The vehicle height adjustable by 50 mm up or down via either the ten-inch touchscreen, key fob or control buttons in the loadspace area, with the automatic access height dropping the Velar further to make it easier to enter or load items. What’s more, the Velar lowers itself automatically at speeds above 105 km/h to improve aerodynamic efficiency, reducing fuel consumption.

With reductive, modernist styling, a luxurious interior, a refined and powerful driving experience and now the latest technologies and connectivity features, the new Range Rover Velar is available at all authorised Land Rover dealerships nationwide once the movement control order is lifted. Visit the official Land Rover website to learn more or to book a test drive.