There are few surprises inside the all-electric crossover.

The Audi Q4 E-Tron and E-Tron Sportback will share a platform with other VW Group electric vehicles like the VW ID.4. However, while they’ll share their underpinnings, there will be differences. New spy photos of the all-electric Audi crossover give us a glimpse of its interior for the first time, showing how the automaker will differentiate the luxury EV from other VW offerings and the competition.

The photos show an interior that looks like you’d expect in an Audi. It seems much less futuristic than the ID.4’s interior, though there is plenty of felt still covering the dashboard. The instrument cluster looks large and Audi-like while the infotainment screen sits in the dashboard instead of on top of it like its Volkswagen sibling. Below the screen appears to be the gear selector, the push-button start, and the electronic parking brake. If there are physical controls for HVAC, the radio, and other car functions, we can’t spot them. 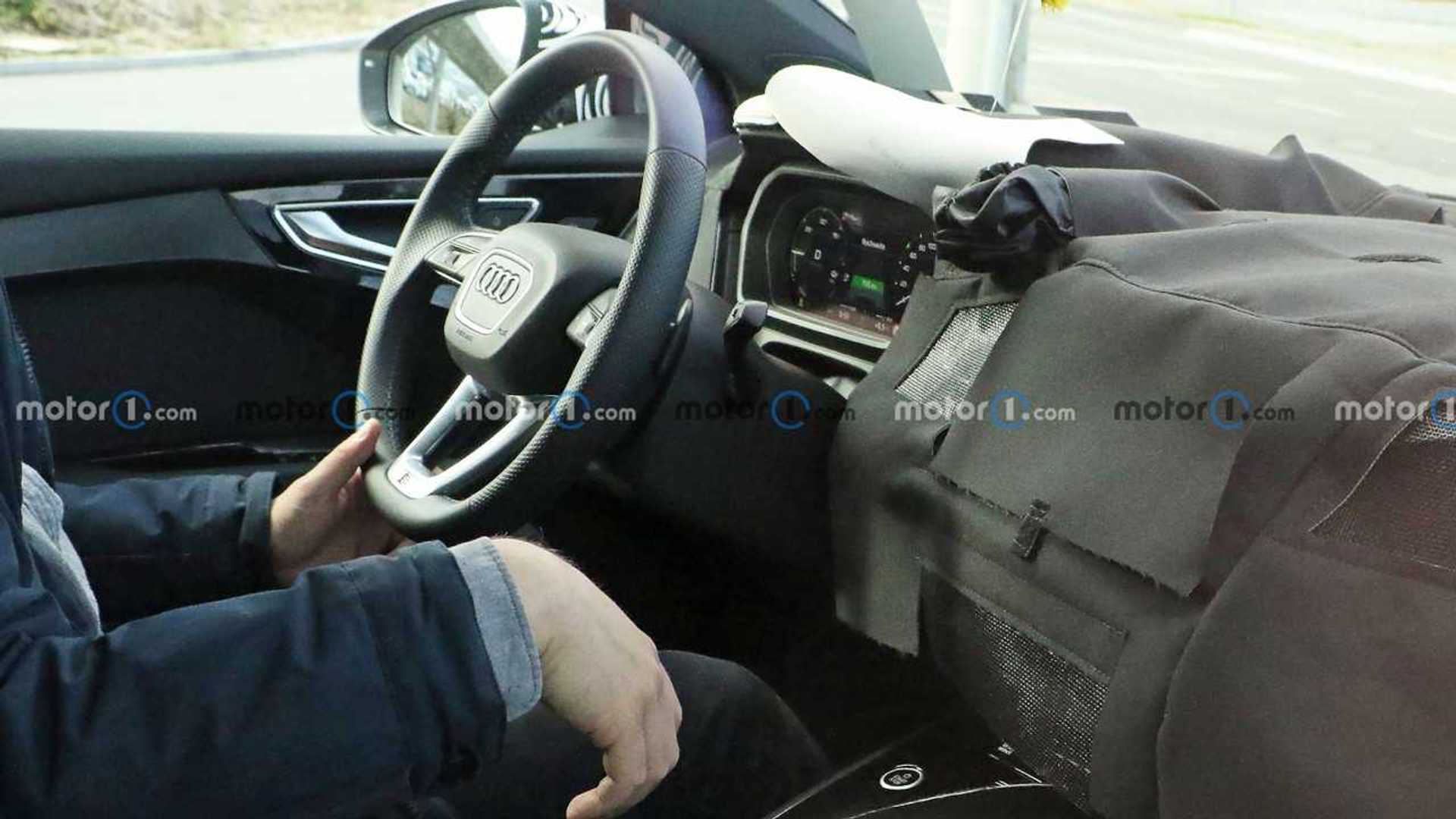 Specifics about the powertrain remain a mystery. The concept featured a dual-motor setup producing 301 horsepower (224 kilowatts). That’s not expected to change in the production version with all four wheels receiving power, tough there could be a single-motor model, too. There are rumors of a hotter S variant Audi will develop later, which is exciting. The range is another mystery, though the concept offered 279 miles (450 kilometers) on a single charge, though that was based on the forgiving WLTP test cycle.

The Q4 E-Tron and Q4 E-Tron Sportback will slot between the brand’s Q3 and Q5 crossovers, though the Q4 will offer more cabin space than the Q5. Audi hasn’t indicated when we could see the electrified pair, though seeing them later this year isn’t improbable. We expect a late 2020 reveal, though an early 2021 debut wouldn’t surprise us. Both are expected to go on sale sometime next year.