The headlights have camouflage, too.

Pinning down what BMW is doing is difficult, and conflicting spy shots certainly don’t help with any confusion. Earlier this year, our photographers captured a hotter M4 variant that’s likely to become the M4 dCSL. However, new spy shots show BMW testing another M4 variant that is slightly different from the test vehicles we’ve seen before, though the variations are pretty minor.

The latest photos reveal the front clip of a hotter M4, though it’s sporting new grille inserts. We can also see the coupe is wearing camouflage on the headlights, which is likely hiding the M-specific headlights rumored to be available with the hotter M3 and M4 variants that are under development. The camouflage hides a front end that has a larger chin spoiler, though the coverings obscure any distinct front-end differences. 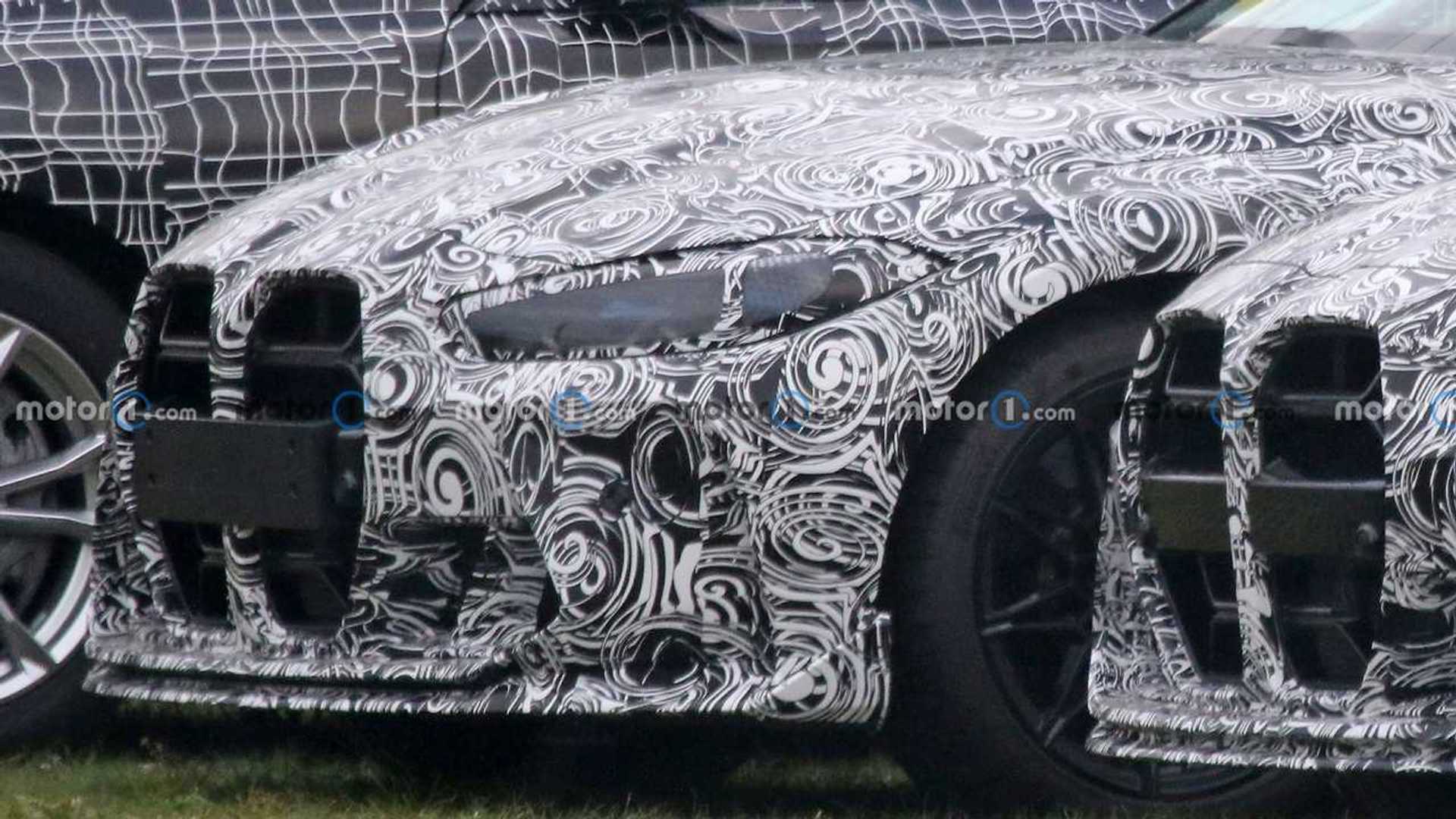 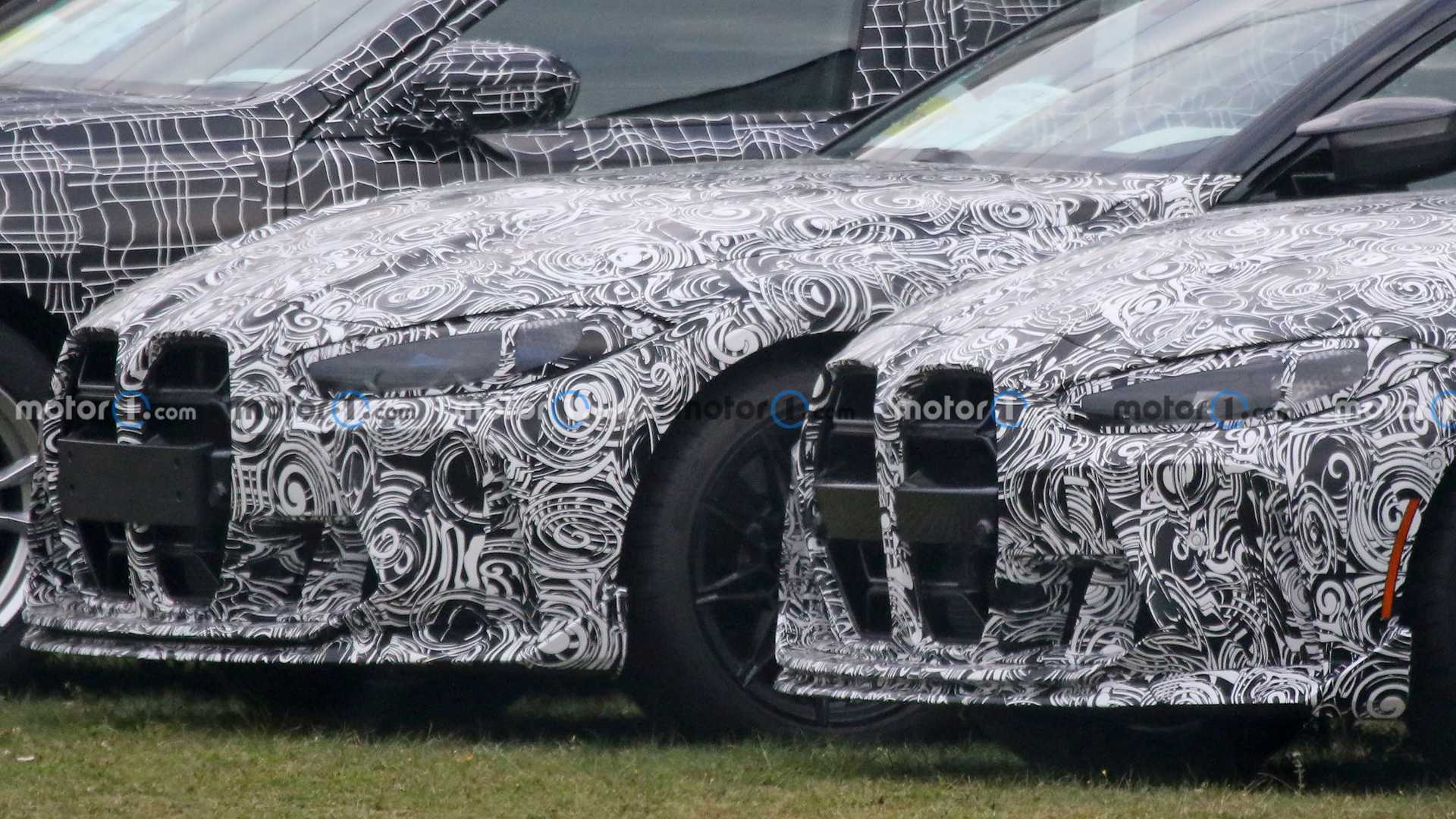 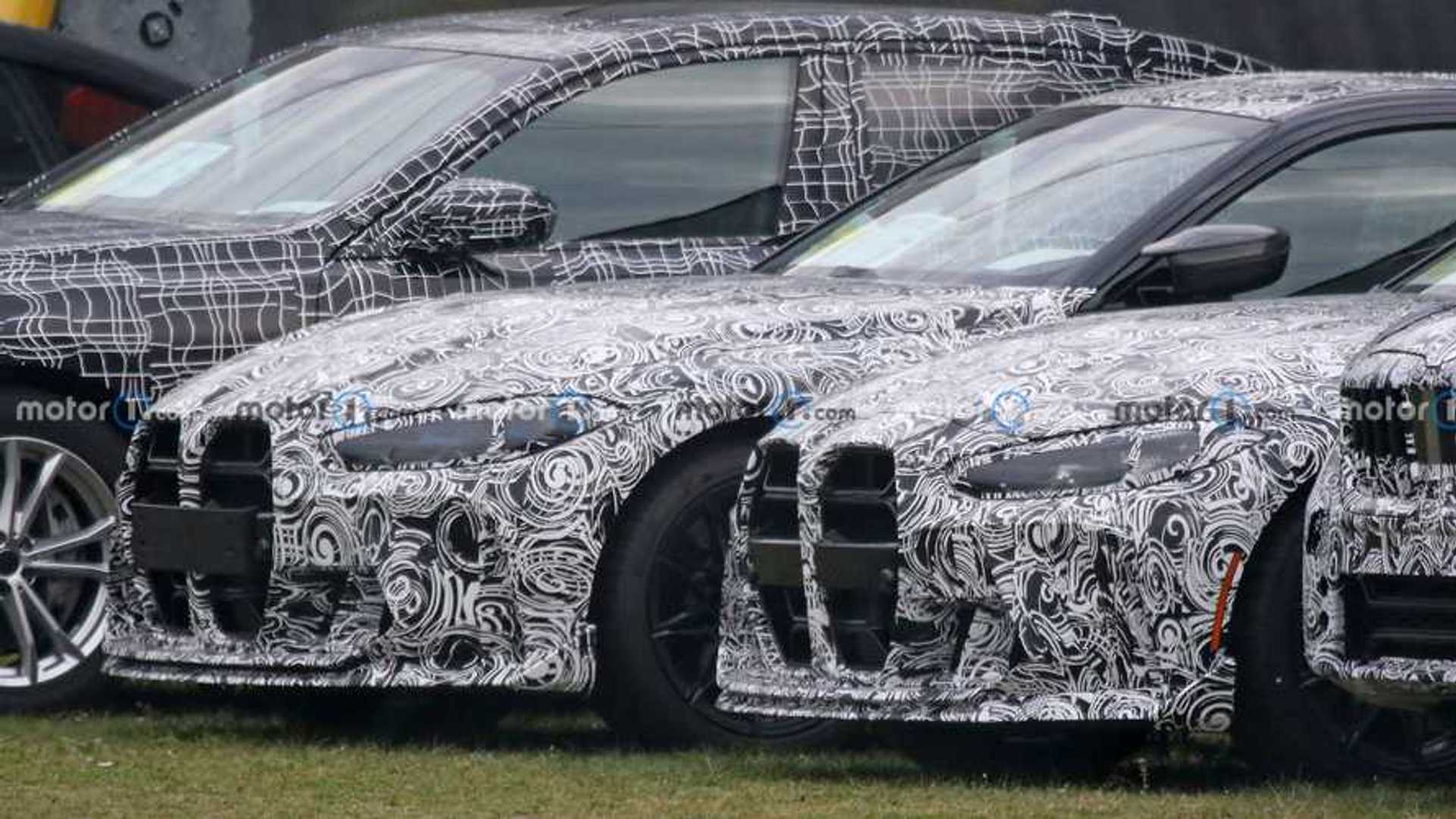 Rumors point to the M4 CSL getting a significant power bump over the M4 Competition, which produces 503 horsepower (375 kilowatts) and 479 pound-feet (650 Newton-meters) of torque from its twin-turbocharged inline-six engine. The M4 CSL is expected to produce 540 hp (402 kW), which should pair with a weight reduction, making the coupe even quicker. The M4 Comp hits 60 miles per hour (96 kilometers per hour) in 3.4 seconds. The M4 CSL is expected to be rear-wheel-drive only and come equipped with an automatic gearbox. Rumors suggest there are no plans for a manual.

There are plenty of rumors circulating right now that are speculating about what BMW is developing right now, but, ultimately, we won’t know anything specific until BMW makes it official. We suspect the automaker is working on a hotter M4 variant, though the specifics remain fuzzy. There’s a good chance BMW could call it the CS instead of the CSL, though there’s no timeline as to when we’ll know for sure.