This year marks BMW M’s 50th anniversary and the company plans to celebrate the jubilee with a number of new performance models. The upcoming M2 and the M3 Touring are probably the most important launches, though a new report indicates there could be a new surprise model coming from Munich. We are talking about a full-fat M version of the next-generation 7 Series.

Autocar has a new article summarizing BMW’s plans for the 50th anniversary of the M division. The final bit of information in this report concerns the company’s flagship sedan, which could receive a powerful V8 plug-in hybrid system. Nothing can be confirmed at this early stage, though the British publication says the PHEV powertrain of the next-gen M5 and the production XM SUV is likely to be offered for the 7 Series family, too. If the information is correct, the M7 could be launched as a replacement for the M760i xDrive, which is going out of production this year. 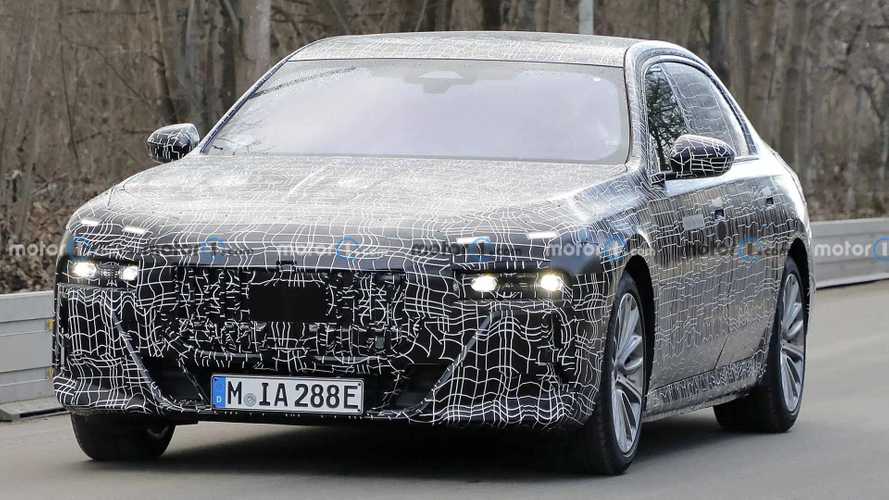 According to early details, the electrified V8 powertrain of the future XM SUV will be available in three power stages with the most powerful one delivering north of 750 hp (551 kW) and 737 lb-ft (1,000 Nm). An electric range of about 30 miles (48 kilometers) can be expected.

Another brand new member in the M family could be the range-topping version of the i7, the electric alternative to the 7 Series. According to Autocar, the i7 M60 will borrow its powertrain from the iX M60, which means a dual-motor system and a large 111.5-kWh battery pack. The system generates a peak output of 610 horsepower (449 kilowatts) and 811 pound-feet (1,100 Newton-meters) of torque over short bursts in Sport mode. When the Normal driving mode is engaged in iX M60, the power drops to 532 hp (391 kW) and 749 lb-ft (1,015 Nm).

The powerful electric powertrain won’t be the i7 M60’s only performance upgrade, though. Autocar expects an M-tuned self-leveling air suspension, plus larger wheels, brakes, and specific M color schemes. A wheel-slip limitation function will improve the traction at launch when the full potential of the electric drivetrain is unleashed.