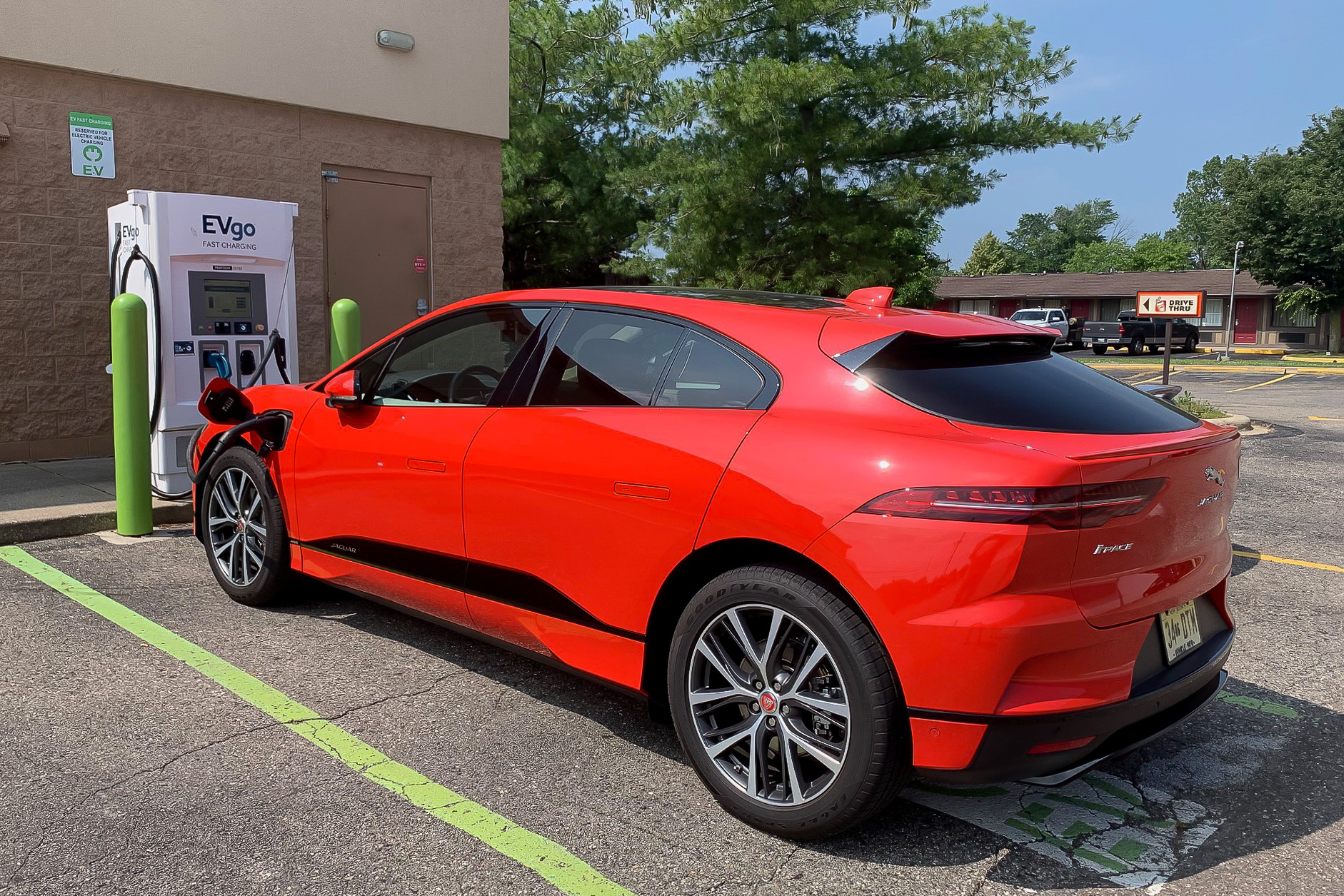 If you haven’t been paying attention, you might not have noticed that electric cars are just about everywhere around us these days. From fully battery-electric vehicles to plug-in hybrid electric vehicles — BEVs and PHEVs — nearly every automaker has an electrified offering. So the idea of an electric Jaguar quasi-SUV is no longer really that unusual. The 2019 I-Pace has been out for a little over a year and we’ve driven a few of them, but we haven’t really put one to a usability test to see how it would work as a primary daily driver — until now.

Over Fourth of July weekend, my husband and I had a road trip planned to visit my “snowbird” parents, who spend half the year in Southern climes, then migrate north in the summertime to spend milder months at their lake house in Michigan’s thumb region. The distance from our home in Ann Arbor, Mich., to their residence is about 130 miles if you take the most direct route. The I-Pace has a maximum single-charge range of about 234 miles, give or take a few miles given driving style, climate-control use, highway versus city driving and a host of other factors. 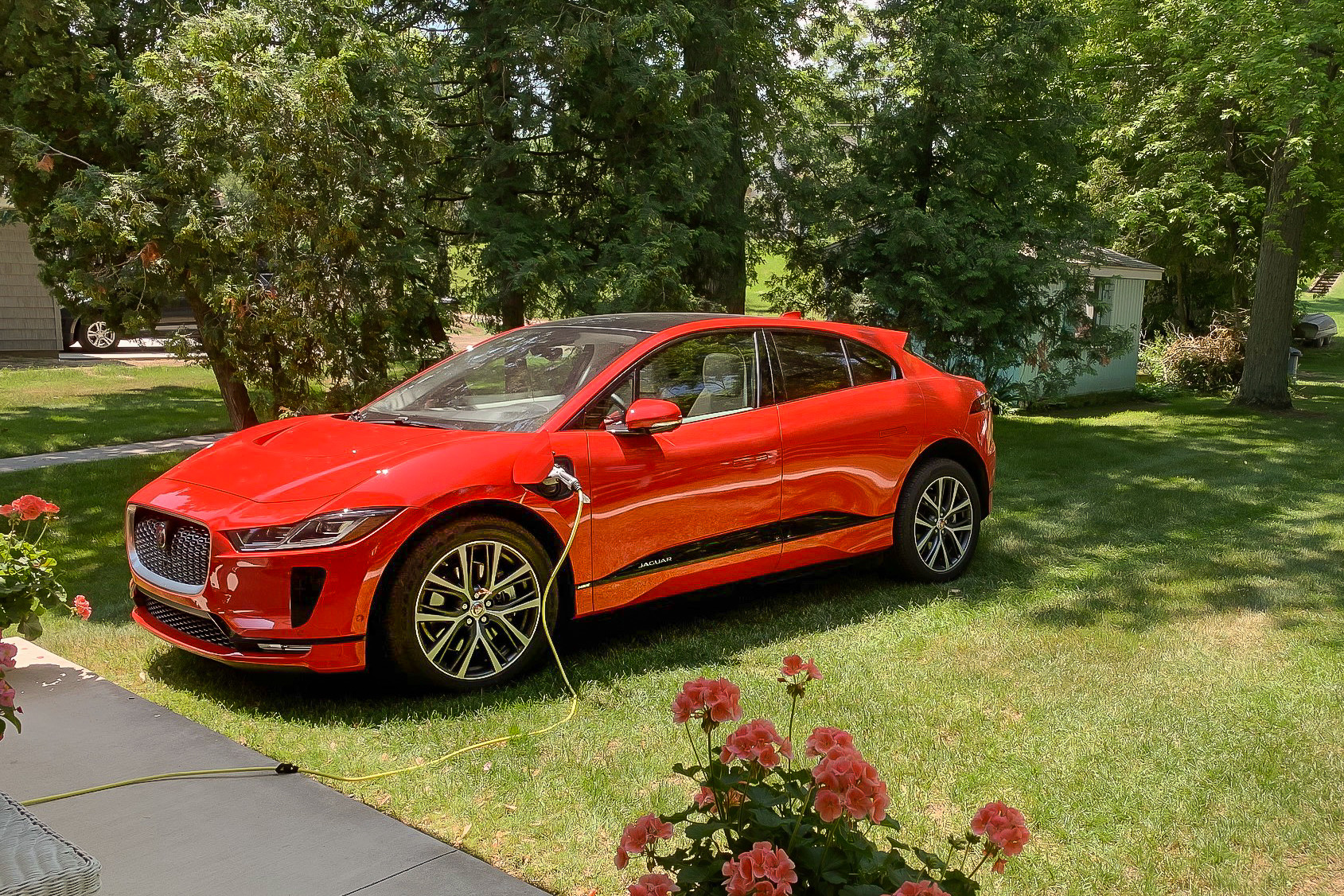 Given those figures, getting there was never really in doubt — but also given that there isn’t a 240-volt fast charger around for nearly 30 miles from their place, it meant I’d be charging on a 120-volt household current, and that can literally take days to fill up a battery the size of the big 90-kilowatt-hour one in the I-Pace. Good thing we were spending the weekend there.

First, a little primer about what all the charging jargon means. Talk horsepower, torque, mpg and engine displacement, and most car-savvy people know what you mean thanks to 100 years of cultural relevance. But start talking about kilowatt-hours, voltages and amperage, and unless you’re an electrician, you’ll get blank stares. So here it goes, in considerably simplified conceptual terms:

If we equate charging an electric car to filling up a gasoline car at a pump, there are a few terms we need to remember: 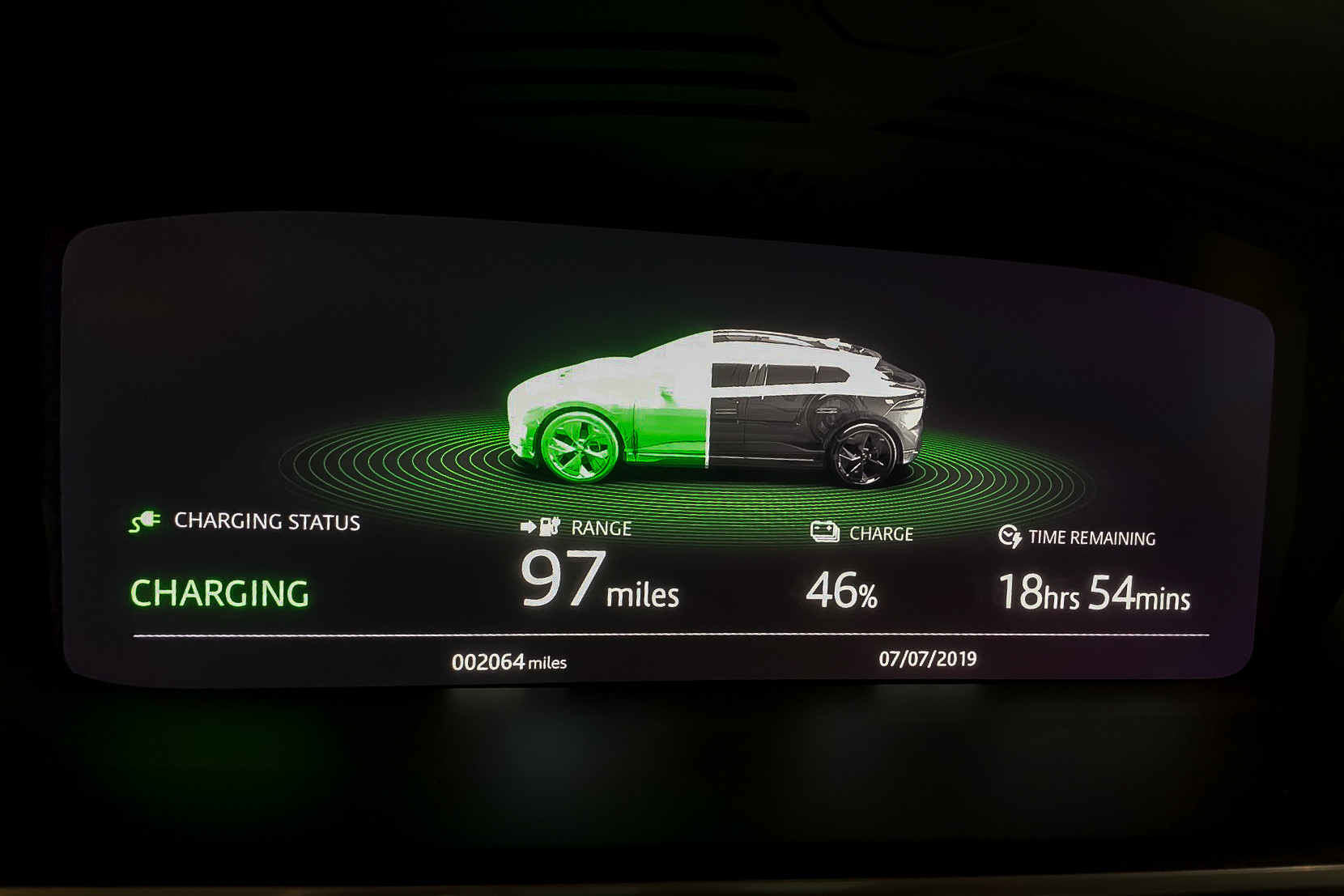 Jaguar says there are three ways to charge an I-Pace: super-quickly, using a 480-volt DC fast-charger that you can find in most big cities, installed by companies like EVGo, ChargePoint and Electrify America (the latter increasingly, thanks to Volkswagen kicking in billions in funding as part of its Dieselgate penalties). At that level of juice, Jaguar says you can go from empty to about 80 percent charged in 45-85 minutes depending on how powerful that DC charger is. Most are around 50 kW (85 minutes), but the Jag is future-proofed to go up to 100 kW (45 minutes).

That’s still not exactly quick — spending an hour at a Dunkin Donuts while your car charges only to about four-fifths capacity, allowing you to go another 180-200 miles or so, is tedious. But it’s faster than 240-volt charging, which will recharge the car from empty to 80 percent in about 10 hours and to full in just over 12 hours. And if you plug it into a 120-volt wall socket, Jaguar says it’ll probably charge enough overnight to get you a typical 30-mile commute. 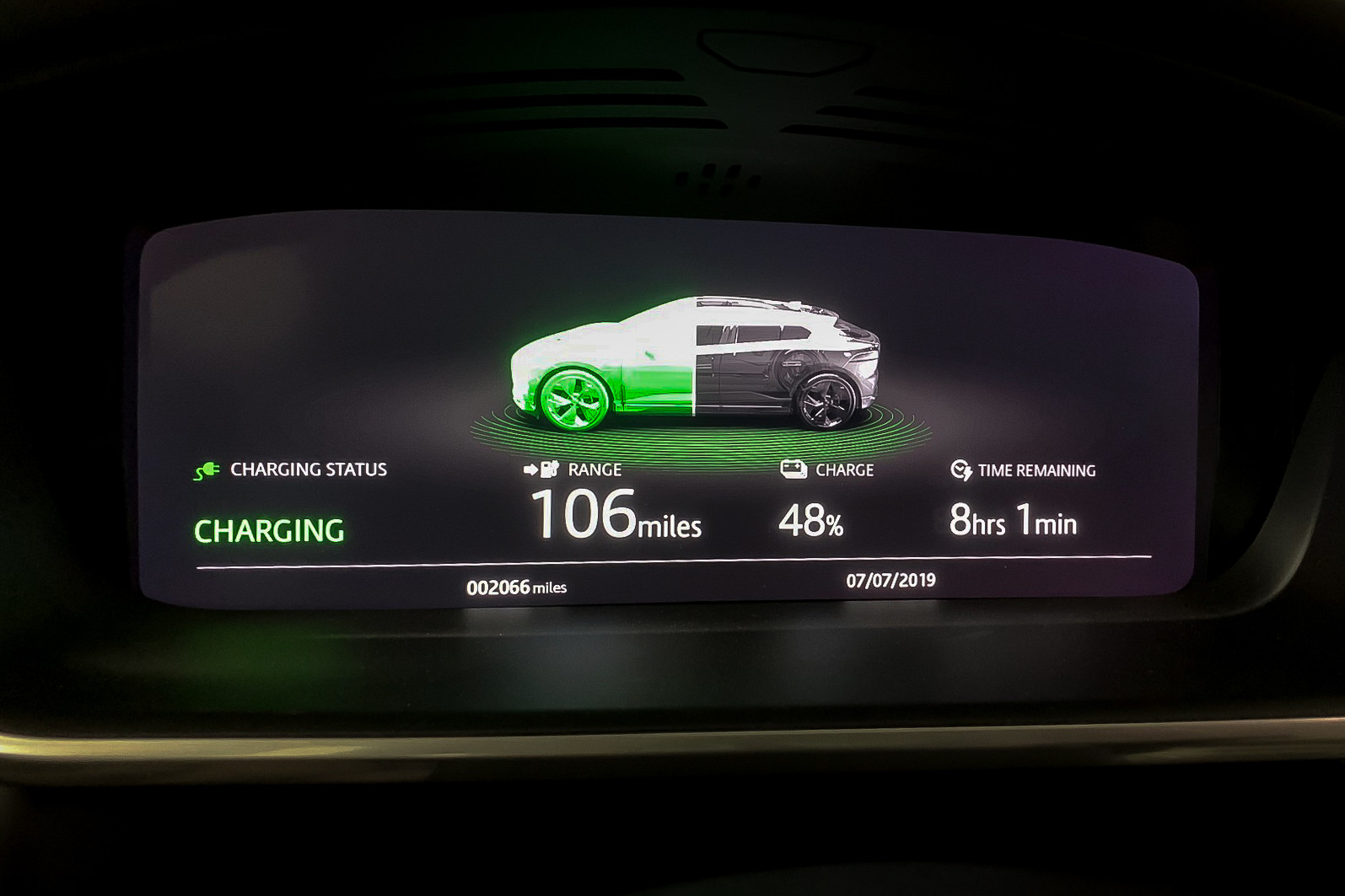 The thing seems tailormade for European markets — 230-240 volts is the standard household current there, twice what it is in the U.S., so plugging your I-Pace in when you get home in Berlin will charge it overnight. But here, our household outlets are far less powerful. So how well does it work this side of the pond?

Not all that well.

We left Ann Arbor with a full charge and a range of 201 miles showing on the gauge cluster. Our route would be mostly highway, but given that there aren’t any 240-volt chargers near our destination, I decided to detour a bit and stop at one of only a handful of DC fast chargers in the metro Detroit area, not too far off our route, to “top off the tank.” In the parking lot of a Dunkin Donuts, we found an unused EVGo charger and plugged the Jag in. After connecting with my phone and activating the charger, the thing fired up to about 416 volts at 99 amps, and we spent 45 minutes waiting for the car to go from 67 percent charge to 93 percent. Range when we rolled in showed 140 miles — range when we rolled out was 190 miles. 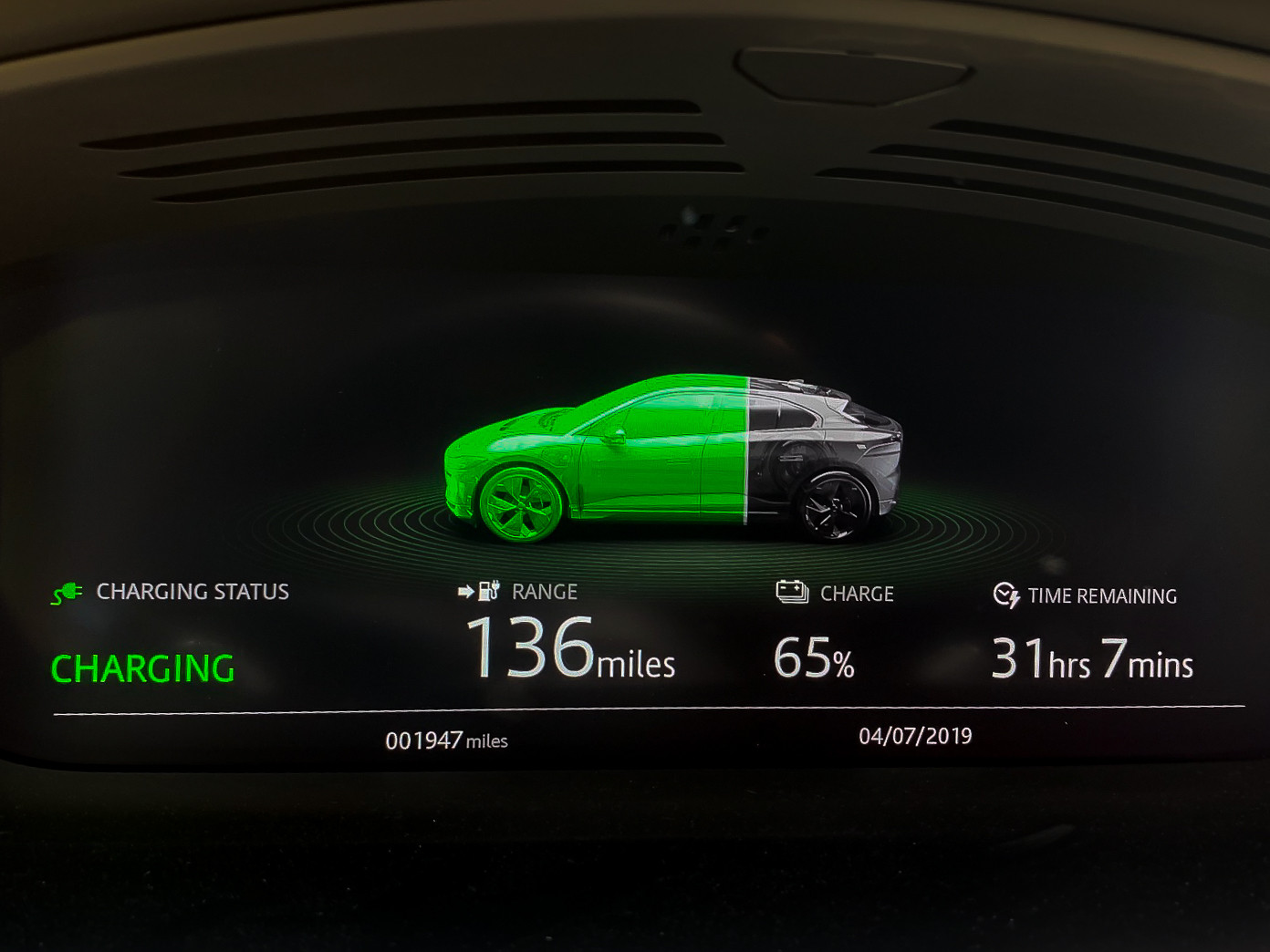 Another 60 miles later, we arrived at my parents’ beachfront summer residence with the car showing 65 percent charge, or a range of about 136 miles. Our only option was to plug it into the house’s exterior 120-volt, 15-amp circuit — and the Jaguar told us it would be fully charged in 31 hours, 7 minutes. Yep, nearly a day-and-a-half to go from two-thirds charged to full. It was a good thing we were spending the weekend there and didn’t have plans to actually take the Jag out anywhere.

Thirty-one hours later, the car was not fully charged, so we let it sit some more. Actual full charge on the 120-volt home outlet took about 45 hours — nearly two full days to charge up that remaining 35 percent. I can only imagine how long it would have taken to charge the I-Pace had it arrived at the beach house completely empty. Three days? Four? 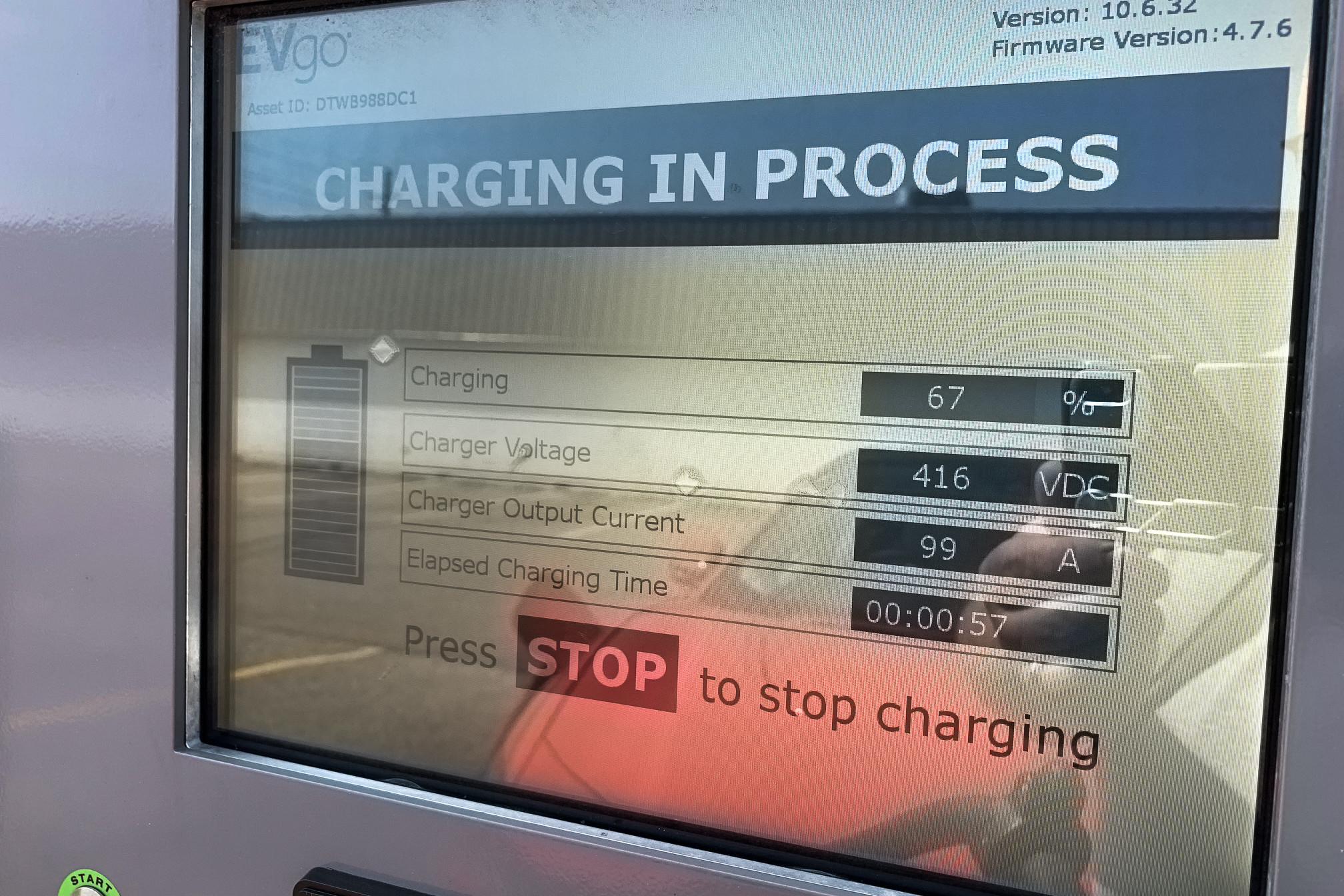 Of course, the idea of owning a modern electric car with a big battery comes with the expectation that you’re almost certainly going to have a 240-volt home charger installed, or use one regularly at your place of employment. But even there, not all 240-volt chargers are created equal: We have one at home that’s 7 years old, installed originally to charge up our first-generation Chevrolet Volt. It’s a 240-volt charging unit but only operates on a 20-amp circuit. Upon arriving back home after our holiday weekend, the Jaguar read 46 percent charged, so I plugged it into our home 240-volt circuit and was told a full charge would happen in 18 hours, 54 minutes. 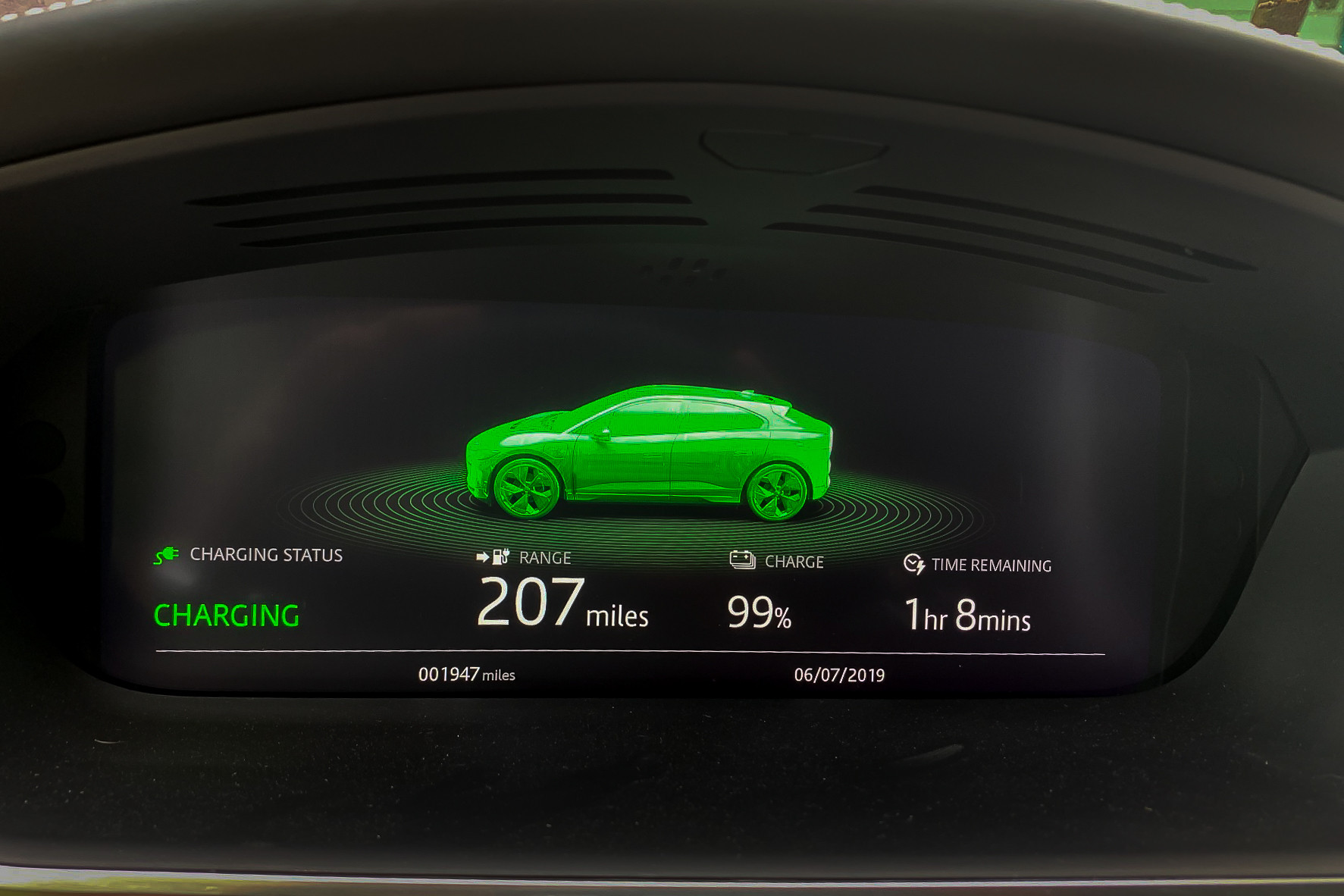 Out of curiosity, I unplugged it, drove to a parking garage in downtown Ann Arbor with a bank of free 240-volt chargers, plugged it in, and was rewarded with a prediction of eight hours’ recharge time. Sure enough, this was a newer, 32-amp charger. Not content with that, I headed down to the one DC fast charger in Ann Arbor, plugged in, and was told that at 500-volts, 100-amps, it would have a charge in just over an hour. Sure enough, just over an hour later, the car stopped charging at about 80 percent charged — as it’s supposed to do.

Your Mileage May Vary

Confusing electrical jargon aside, the takeaway from this escapade is simple: The newest challenge in furthering EV ownership among the car-buying masses isn’t going to be range — it’s going to be charging. I never feared running out of range in the Jaguar I-Pace; its 90-kwh battery is plenty big to get you where you need to go. 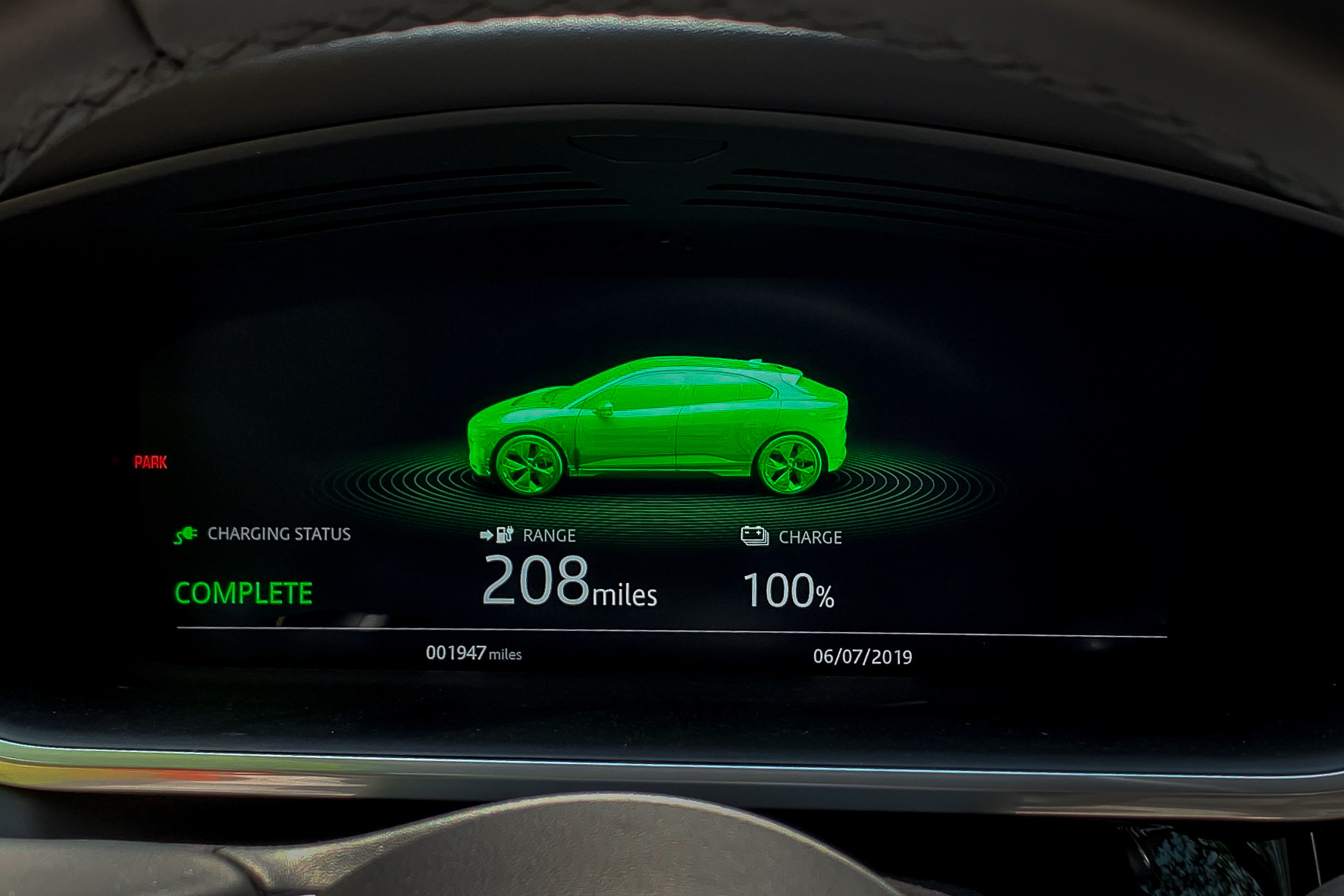 But recharging the car so that you can keep going as far as you want? That still remains the biggest hurdle to using an EV as an only car. Sure, you can probably make it to your destination (provided it’s about 200 miles away), but you can’t immediately turn around and come back; you’ll have to wait an hour or two at a minimum, and only ifyou can find a DC fast charger. It’s 10-18 hours on a 240-volt charger and far, far longer than that on a household outlet.

The car itself is fantastic to drive (some minor electrical multimedia gremlins aside), but with the limited ability to recharge the thing in a timely fashion, it still relegates ownership to people with a very specific use case. 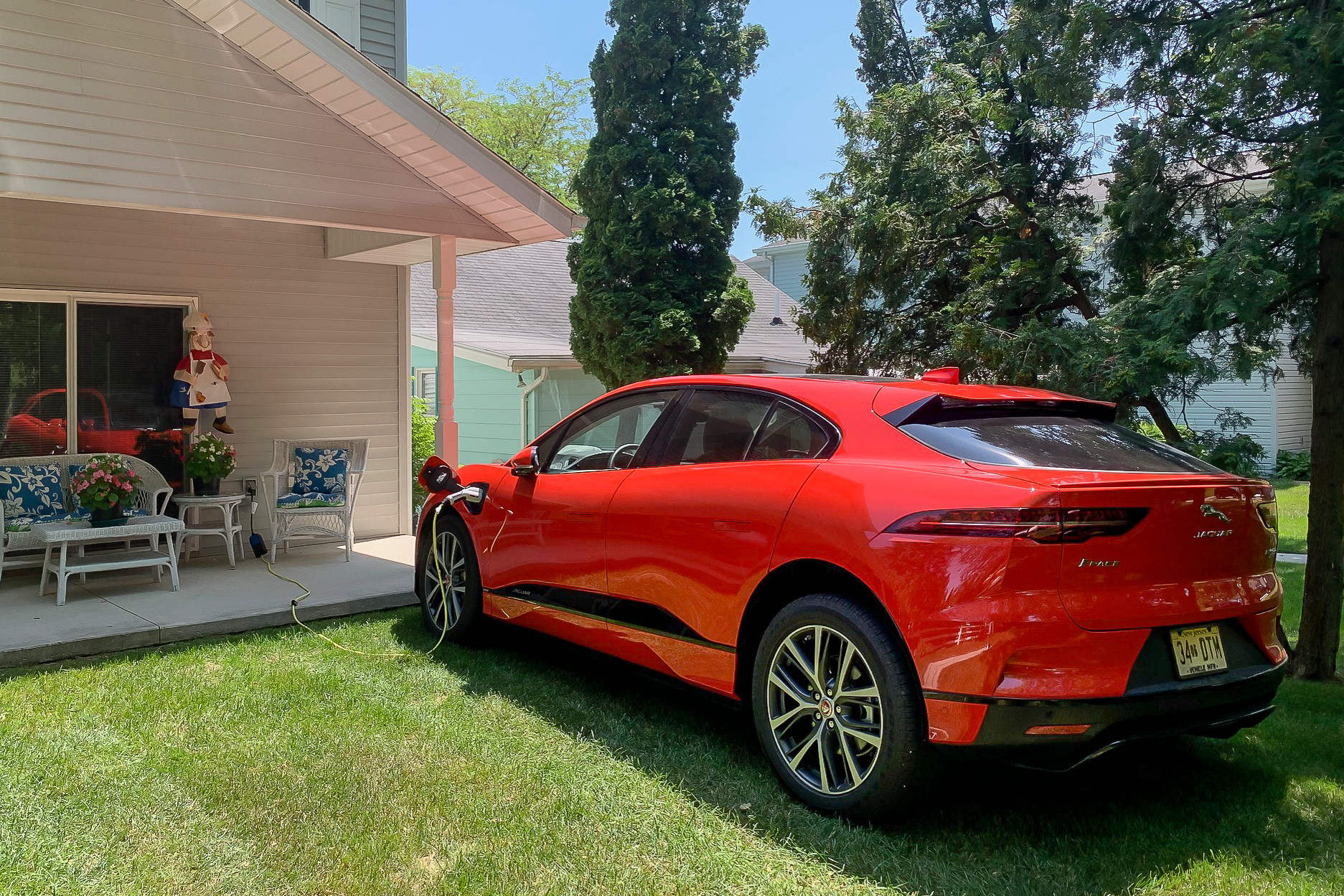