Coswheel is a Chinese electric bike company that wants to be a pioneer in cutting-edge e-bike concepts. It says that its mission is to create some of the coolest and craziest electric bikes in the market, with enjoyment, sustainability, and environmental awareness in mind. It has quite a wide range of motorized two-wheelers in its repertoire ranging from electric mountain bikes, commuters, and folding bikes.

Its newest product comes to us in the form of the T26 electric mountain bike, and it’s one of the most rugged models from Coswheel yet. When looking at it for the first time, it’s easy to think that the T26 would be able to tackle some of the gnarliest terrain out there. However, upon closer inspection, you’d notice that a lot of this bike’s burly features are more for show rather than go. For starters, its fat tires will surely be capable of taking you off the beaten path, however its skinny alloy wheels don’t look like they’ll be up to the task of landing gnarly jumps. 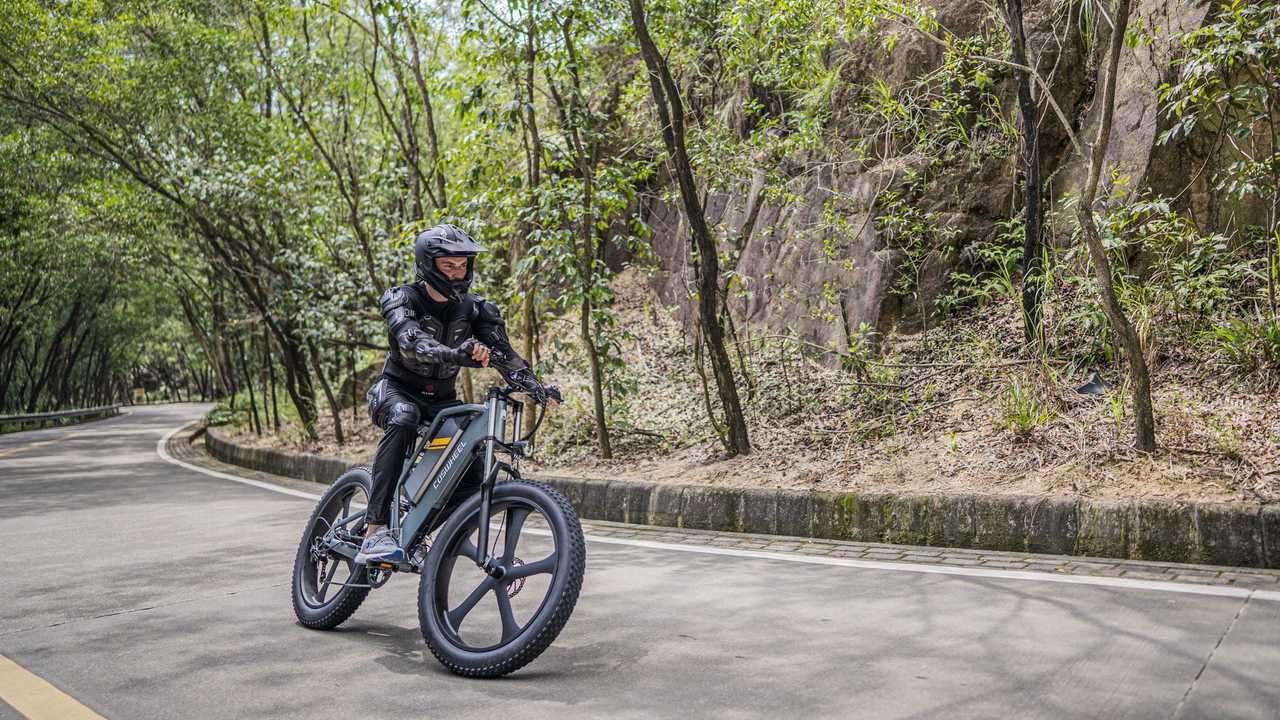 The T26 also gets pretty rudimentary cranks, which look similar to what you’d find on budget-focused bicycles available at your nearest department store. Furthermore, the T26’s archaic single-pivot suspension frame looks more adept for city riding and the occasional forest path or gravel road, as opposed to shredding down the single tracks. With a price tag of $2,599 USD, the Coswheel T26 is by no means a budget-focused e-bike, and its off-road capability may even be beaten by more affordable, albeit traditional electric mountain bikes.

Nonetheless, the Coswheel T26 does pack quite a bit of punch, and will certainly hold its own when it comes to in-city leisure riding and even commuting. It’s powered by a 750W motor, which Coswheel claims is integrated with its “hyper responsive pedal assist system.” The T26 is also equipped with a throttle, allowing you to ride it like you would an electric motorbike. The motor also features assisted braking, complementing the bike’s built-in front and rear cable-actuated disc brakes. 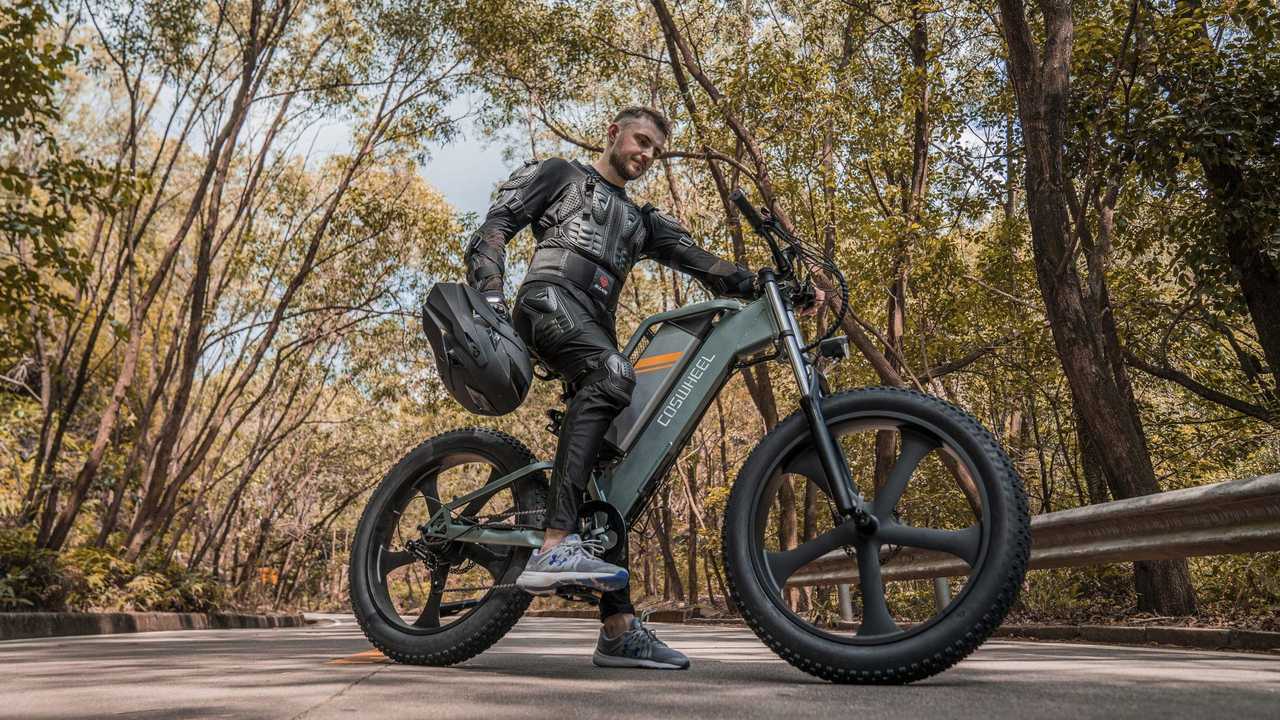 Other tech on this electric MTB include an LCD display that displays battery power, current speed, and total mileage. It’s even fitted with a gear position indicator, allowing you to keep tabs of which gear you’re in on the seven-speed drivetrain. The T26 is fitted standard with a 48V LED headlight, as well as a tail light and brake light that automatically switches on as you decelerate.