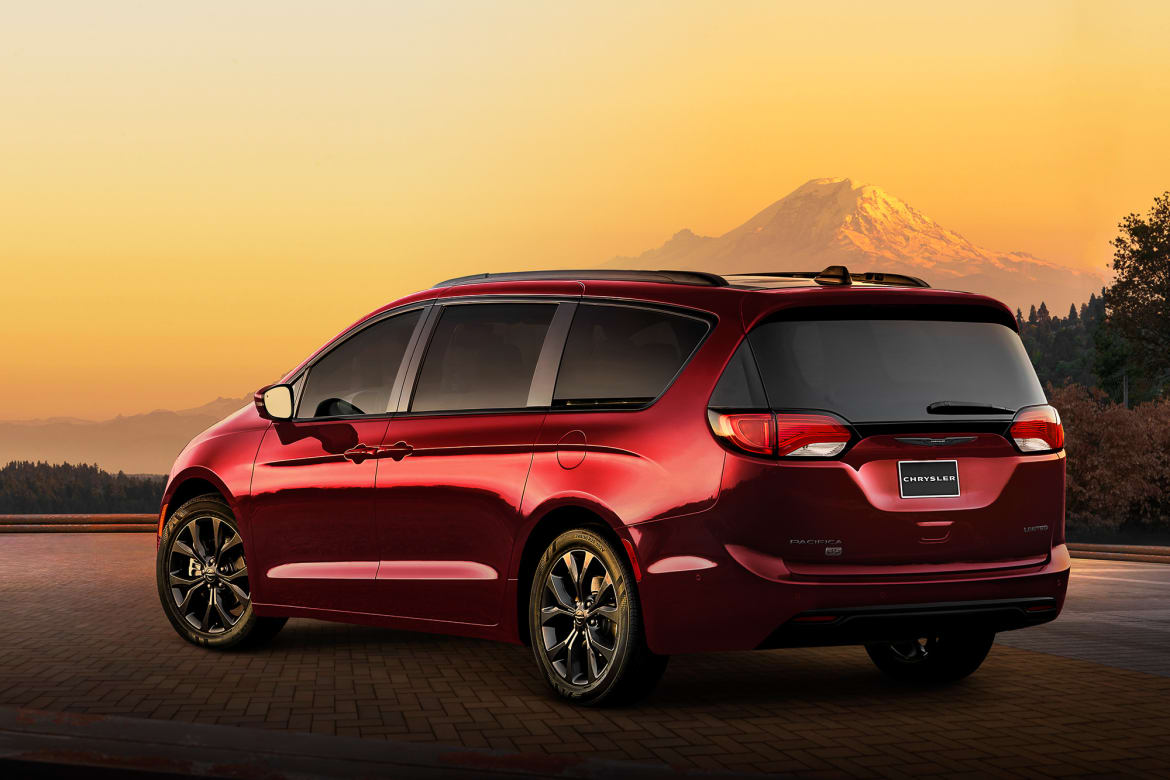 Even casual consumers will likely be familiar with the auto industry adage that SUVs are all the rage in the U.S. — if not from reading our articles on Cars.com, then certainly from driving around. But despite the trends in family-hauling favorites, Fiat Chrysler Automobiles remains one of the holdout manufacturers still supporting an old-fashioned body style: the minivan. In honor of its coral anniversary, FCA has announced 35th Anniversary Editions for the Chrysler Pacifica, Pacifica Hybrid and Dodge Grand Caravan.

Also serving the point that time is an arbitrary, meaningless construct, these 35th Anniversary Editions are available exclusively on vehicles that didn’t actually exist 35 years ago, when FCA — still just the Chrysler Corp. then — first rolled out the plain ol’ Dodge Caravan and Plymouth Voyager. The Grand Caravan wasn’t introduced to the Dodge lineup until May 1987. The Chrysler Pacifica wasn’t introduced to the market until 2004, and it wasn’t even a minivan until its reincarnation for the 2017 model year (where it promptly won our Best of 2017 award and has subsequently been an undefeated Family Car of the Year). An entire cycle of lunar years happened in the time between the introduction of the Caravan and Voyager and the hybrid variant of the Pacifica.

Whatever the nameplate, FCA remains committed to the minivan form.

For the Pacifica, 35th Anniversary Editions will be available in Touring L, Touring L Plus and Limited trims. All versions will receive an all-black interior with Cranberry Wine accent stitching and Nappa leather on the seats, steering wheel and door trim, bezels on the instrument panel and door handles, and a special logo on the floormats. The special edition will cost $40,055 (all prices include a destination charge) on the Touring L, which adds eight-passenger seating, an overhead DVD player and 18-inch wheels. Seating capacity and a dual-pane moonroof are included on the Touring L Plus for $42,310. Special 20-inch wheels are thrown in on the Limited to start at $46,635.

An S Appearance Package can be added to either the Pacifica or Pacifica Hybrid for a blacked-out exterior if you want to make your presence even more conspicuous at the drag strip (though it turns out that’s not necessary).

As for the only minivan of the three to look its age, the Grand Caravan gets 17-inch aluminum wheels, special badging on the fenders and a bright grille on the exterior. Inside, the all-black interior and Cranberry Wine accents carry over from the Chrysler line. Additionally, Grand Caravans get Stow ’N Go second-row bucket seats and a power driver’s seat on the SE trim for $31,095. SXT models add navigation and the Driver Convenience Group (which features such amenities as a heated steering wheel and heated front seats, three-zone automatic climate control and overhead storage bins) to start at $35,390.

The 35th Anniversary Package will be available at dealers come summer. Compare each minivan in detail for more before you go buying one to celebrate the milestone.