The Renault 5 prototype will be the “rebirth of a cult car” for the French firm with a 100 percent fully-electric twist. The original Renault 5 four-passenger supermini became the best selling car in France from 1972 to 1986 with over 5million models sold.

Renault’s new model will still be immediately recognisable for fans of the classic design but with a range of modern twists.

LED lights will be installed at the front and rear of the vehicle with a chatting dock located underneath the bonnet.

It is expected the new car will be able to travel up to 200 miles on a single charge and could become the firm’s flagship electric vehicle replacing the Zoe.

Inside, the car is fitted with a range of modern technology with a central infotainment system with smartphone connectivity. 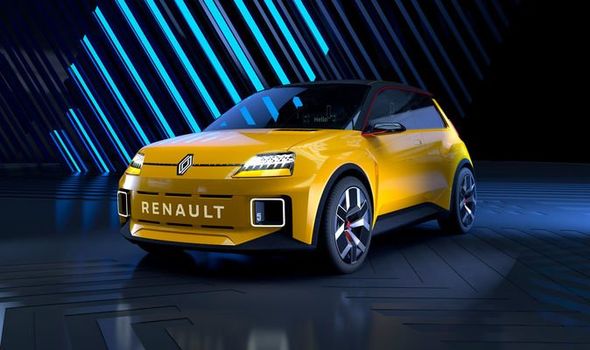 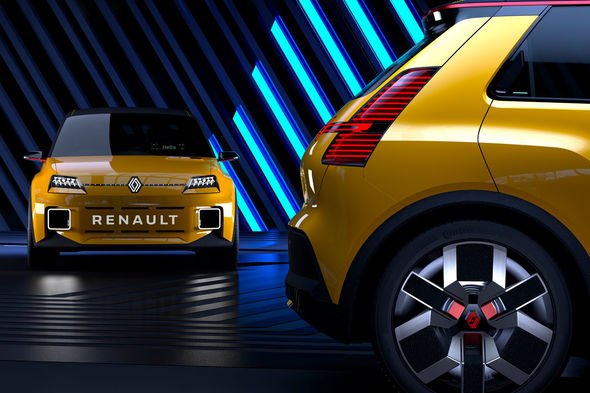 Experts have predicted the car will likely surpass the upfront charges of the Renault Zoe which is valued at £29,995.

No launch date has been revealed but there are suggestions the car could roll off forecourts in 2023.

Renault said its history was firmly in its roots and had decided to reconnect with it to “draw inspiration” for future projects.

Keeping in the spirit of the original Renault 5 was key to the design process with many modern functions purposely hidden from the bodywork to maintain authenticity.

The bonnet air intakes include the charging hatch with the rear lights featuring the original cars classic aero flaps.

The new model will feature distinctive nods to the original Renault 5 on the side grid, wheels and rear logo.

Gilles Vidal, Renault Design Director said the new model “embodies modernity” and will be a vehicle relevant to a modern audience.

He said: “The design of the Renault 5 Prototype is based on the R5, cult model of our heritage.

The announcement comes as Renault lifts its new strategy for the next five years and beyond.

Dubbed Renaulution, the brand will firmly embrace electric technology with the “greenest mix in Europe” by 2025.

The firm has also revealed there will be a total of 24 new vehicles launched across Groupe Renault by 2025. 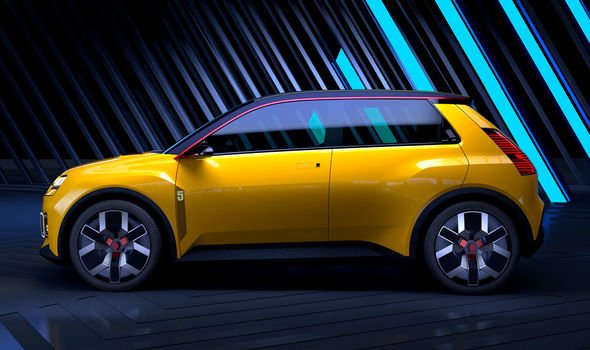 This will include an expansion of the budget Dacia brand and the reinvention of Alpine as an electric performance handle.

Luca de Meo, CEO grope Renault said: “At Renault, we embrace the waves of disruption and create our own ‘Nouvelle Vague’.

“It’s about bringing modernity to the automotive industry. We’ll move to an energy brand, strengthening our EV leadership with the Electro Pole project and investing in Hydrogen, aiming at achieving the greenest mix in Europe by 2025.”

He added: “This vision of modernity, we anchor it in France. Because as a brand, we know our soul and our strength lie in our origins.

“The new R5 is the Nouvelle Vague: it’s strongly connected to its history, and yet it’s the future, making electric cars popular.”