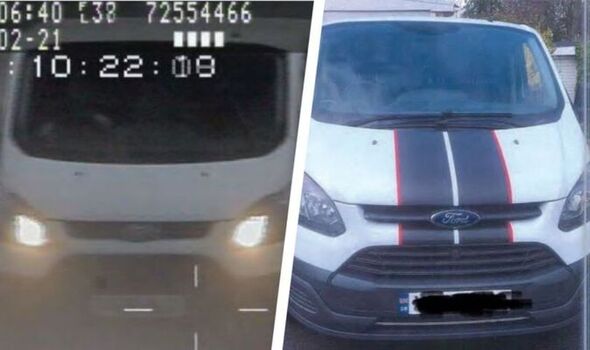 A van driver tried to dodge a speeding ticket by adding stripes to his vehicle, before submitting a photo to the authorities and claiming they had always been there. William Britton was caught doing 74mph in a 60mph zone, but rather than taking the three points, he went out and bought stickers for his Ford Transit and pretended the vehicle captured on camera was not his.

His lie was discovered thanks to a 300-hour investigation that included bank records, movements of mobile phones, and automatic number plate recognition cameras, reports Wales Online.

A judge at Swansea Crown Court told the 62-year-old the reality was he was now in a much worse position than he would have been had he accepted the speeding ticket, and she said there was a very strong public interest in sending people who do what Britton did to prison.

Brian Simpson, prosecuting, said that on February 19 last year a white Ford Transit van was caught on camera doing 72mph on a 60mph stretch of the A40 near Carmarthen.

A notice of intended prosecution was sent to the registered keeper of the vehicle, Britton, asking for details of the person who had been driving.

The court heard the defendant asked the camera’s operator GoSafe for the picture of the incident and a copy of the photo was sent.

However it was not possible to identify the person behind the wheel from the snap. Over the following fortnight Britton sent four emails asking for better-quality pictures but none were available.

The prosecutor said on April 6 Britton emailed the speeding enforcement team raising concerns that his van had been cloned and then a week later he sent a photo of his vehicle which had large black stripes on the bonnet, red stripes on the side, and a speed limit sticker and GB suffix on the number plate – distinctive marks which were not seen on the vehicle snapped by the speed camera.

The court heard the authorities became suspicious and launched a detailed investigation. 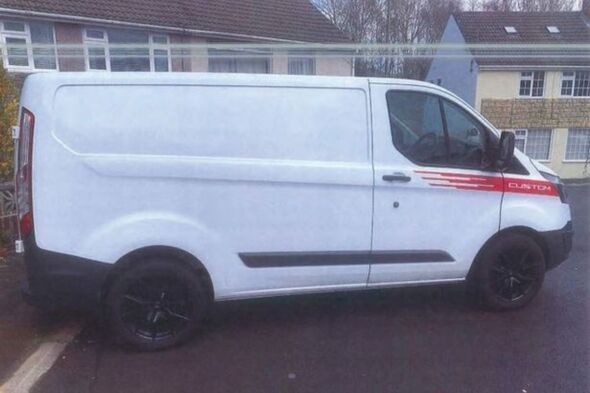 Investigators found Britton’s phone had travelled from his home in Caerphilly to Pembroke Dock and back on the day of the speeding offence and had been using a mobile mast near Ammanford shortly after the time he was caught on camera near Carmarthen.

They also found he had bought black and red vehicle stripes, a speed limit sticker, and GB licence plate sticker in April after the date of the ticket and found ANPR images of the van from around that time showing it without any of the eye-catching additions.

In total the officer investigating the circumstances of the ticket spent 300 hours on the case.

William Britton, of Gelli Dawel, Energlyn, Caerphilly, had previously pleaded guilty to attempting to pervert the course of justice when he appeared in the dock for sentencing.

He has six previous convictions for six offences but none of a like nature.

The court heard he had three points on his licence at the time he was caught speeding so had he admitted the offence an additional three points would not have led to a loss of licence.

Matt Murphy, for Britton, said the defendant was going through a “particularly difficult period of his life” at the time as he cared for his terminally-ill wife.

He said the only explanation for his client’s actions was the “sentimental value” attached to the van – a vehicle which had been purchased for a road trip around the countries of southern Europe long-planned by the couple but never taken.

The advocate said the defendant has now himself been diagnosed with a potentially serious illness.

Judge Catherine Richards said Britton had engaged in a “planned and prolonged” attempt to deceive the authorities which had resulted in enormous amounts of public money and resources having to be used to investigate it.

She said attempting to pervert the course of justice was always taken seriously by the courts as it was “an affront to criminal justice system” and she said there was a “very strong public interest” in sending those guilty of the offence to prison.

The judge acknowledged Britton had been under considerable emotional strain at the time of the offending due his wife’s illness but she told him: “You did not commit this offence with a view to avoiding disqualification.

“The reality is you are now in a far worse position than you would have been had you accepted you were guilty of speeding.”

With a one-third discount for his guilty plea, Britton was sentenced to four months in prison suspended for 12 months and was disqualified from driving for six months.

He was also ordered to pay £500 towards prosecution costs.