West Midlands Police released the footage showing the moment the driver hit a car head-on while speeding. The footage shows the Mercedes driver was 90mph in a 30mph zone at the moment he crashed. Before the crash, the car had been pulled over by police who’d seen it speeding through Birmingham city centre.

The driver, named as Jamil Khan, was stopped at Hagley Road, Edgbaston. At this moment he drove off however the police pursued.

Khan sped through streets weaving quickly as he attempted to evade the police.

Khan went through a red light, undertook a car on a roundabout, and mounted a kerb as he accelerated to 60mph in a 20mph limit.

After the crash, the driver was treated for a head injury on-site and has since been sentenced. 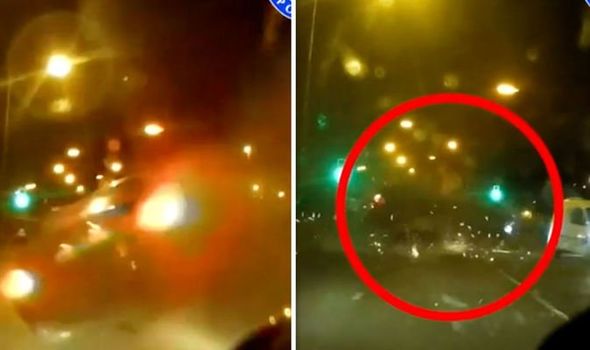 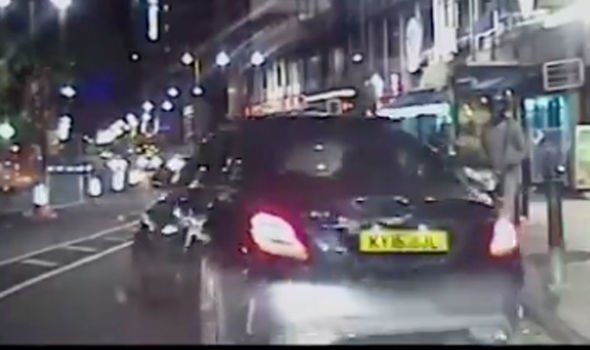 The culprit was sentenced to 26 months in jail and given a 4-year driving ban.

He was found guilty of dangerous driving, driving while disqualified, failing to allow a sample to be analysed and driving without insurance.

The rollover crash was captured on the dash cam of the car Khan was overtaking as well as other cars in the area.

Despite not wearing a seatbelt when his Mercedes rolled over, Khan managed to survive the crash with limited injuries. 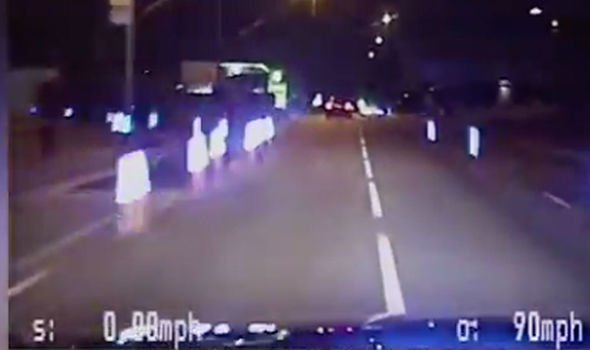 The passengers who were hit by the speeding vehicle also survived with only minor injuries sustained.

New electric car battery technology could recharge cars in six minutes [INSIGHT]
Dash cam captures video of caravan flipping over on the motorway [VIDEO]
Dangers of booking an early MOT – It could land you a £2,500 fine [WARNING] 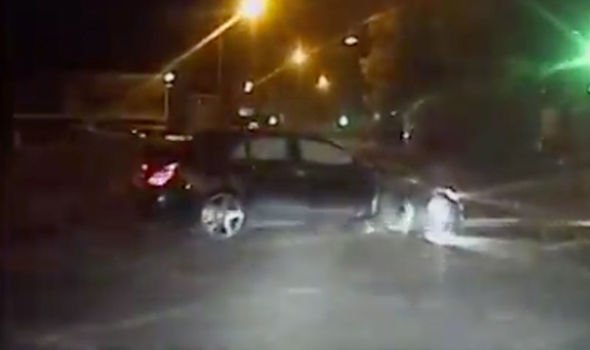 He said: “This was appalling driving from Khan, who was lucky to escape from the collision that he caused with his life.

“We welcome this sentence and hope it sends a strong message to drivers who are willing to put lives at risk by driving dangerously.”