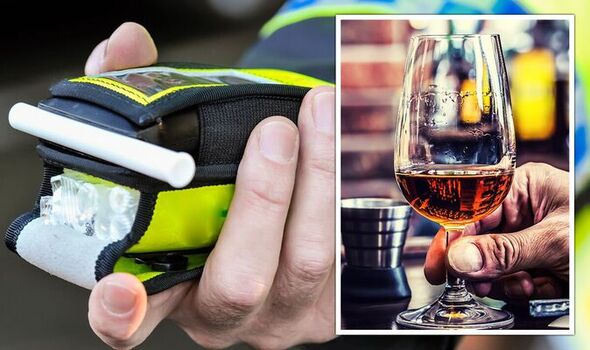 Car and van leasing company, Vanarama, is warning Brits that simply standing next to their cars whilst under the influence of alcohol can land them a £2,500 driving fine, in extreme cases. If drivers have consumed more than the legal alcohol limit, they shouldn’t go anywhere near their car as they could be charged with drink driving.

Standing next to a car while under the influence could result in up to three months imprisonment, up to £2,500 in fines and a possible driving ban.

If it can be proven that a person was intending to drive a vehicle while under the influence of alcohol, then they could be charged with drink driving.

According to the experts, indicators of this include standing next to a vehicle, being inside a vehicle but not in the driving seat, and having the keys in the ignition.

Having a reason to drive, such as needing to be at work or having a booked appointment, that provides a clear motivation for drivers to get behind the wheel despite being over the alcohol limit, can be seen as evidence of their intentions.

If motorists have consumed more than the legal alcohol limit, they shouldn’t go anywhere near the car as they could be charged with drink driving.

If motorists drive or attempt to drive under the influence of alcohol, this raises this to six months imprisonment, unlimited fines, and a driving ban of at least one year.

The experts added that one in four Brits could unknowingly break the law by drinking a glass of champagne and then driving this Christmas.

The experts also surveyed 1,000 Brits on their drink-driving knowledge, revealing that almost a quarter (22.6 percent) of motorists wrongly believe that a glass of champagne with food would have no effect on their ability to drive.

Against the UK driving population (36 million), that means just over 10 million drivers could break the law this year, should they drive straight away.

The survey also showed that almost a third (28.8 percent) of UK motorists are unaware that driving after two small glasses of wine is illegal.

This is because it takes the blood alcohol concentration (BAC) beyond England, Wales, and Northern Ireland limit of 0.08 percent, or 80mg of alcohol for every 100ml of blood.

In Scotland, that limit is even lower at 0.05 percent and 50mg of alcohol.

The experts have also shared how long drivers should wait to drive after drinking the most common alcoholic choices:

According to the independent charity Drinkaware, even drivers with a BAC of less than 0.05 percent (roughly one and a bit pints of lager) have a three-times risk of dying in a vehicle crash.

Those between 0.08 percent and 0.1 percent, equivalent to only three or four pints, are 11 times more likely to die in a crash.

Although there’s been a drop in recent years, 7,800 people are estimated to have been killed or injured in 2019 when at least one driver was over the limit, according to the Department for Transport’s latest published statistics.