The Met Office says there is a small chance fast flowing flood water could cut off roads.

Experts have warned spray and flooding could make journeys longer as motorists slow down to deal with the difficult conditions.

However, driving a vehicle into a large puddle or travelling too quickly for the wet road conditions can see moorosts lose control of their cars.

This could put you at risk of aquaplaning, where a car is lifted off the road surface by heavy water. 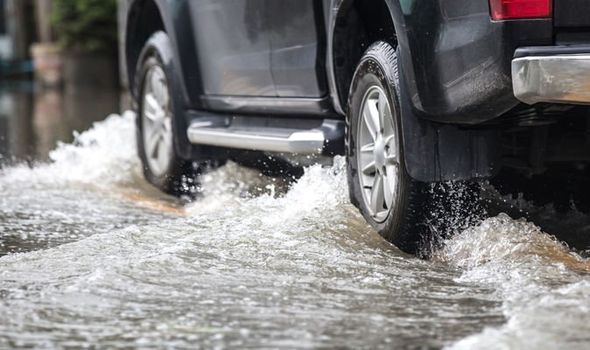 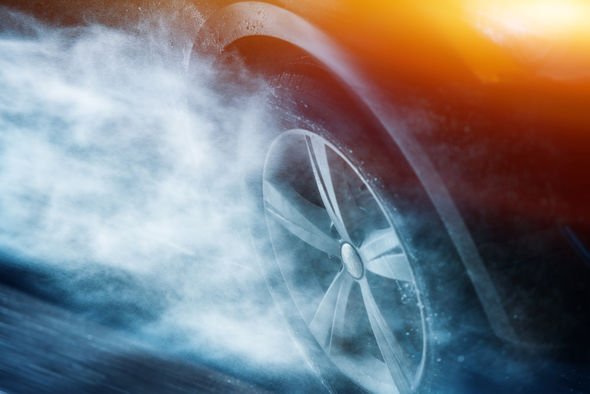 This will cause a car to uncontrollably slide forwards and can lead to devastating consequences, putting others at serious risk.

Experts at IAM RoadSmart says aquaplaning can be caused by tyre tread not being able to push water away from the vehicle.

Police officers can issue charges of up to £2,500 for driving without due care and attention if your tyres are considered unsuitable for the conditions.

In some extreme cases, officers can even fine officers £2,500 and three penalty points for each tyre which does not meet road standards.

If motorists have lost control of their vehicle due to driving too quickly for the road conditions, police could issue a charge for dangerous driving.

This could see motorists fined £5,000 and issued up to nine penalty points on their driving licence.

In some extreme cases road users may also be issued a temporary driving ban which will prevent them from getting behind the wheel.

Car insurance providers may also decide to invalidate cover and refuse payouts on any damage if you have driven beyond the road conditions.

Richard Gladman, head of driving standards at IAM RoadSmart has warned of the dangers of aquaplaning in heavy rainfall.

He revealed motorists could recover from aquaplaning by taking a series of critical steps in the moments after the car loses control.

He said: “If the water is standing in puddles on the road surface, your car is at risk of aquaplaning.

“Aquaplaning is where a wedge of water forms in front of the tyre and lifts it up off the road surface. This is caused by the tread not being able to displace the amount of water present.

“To recover from aquaplaning, ease gently off your accelerator, have a firm grip of the steering wheel and be sure not to make any sudden steering actions. The car will eventually regain its grip as the water clears.” 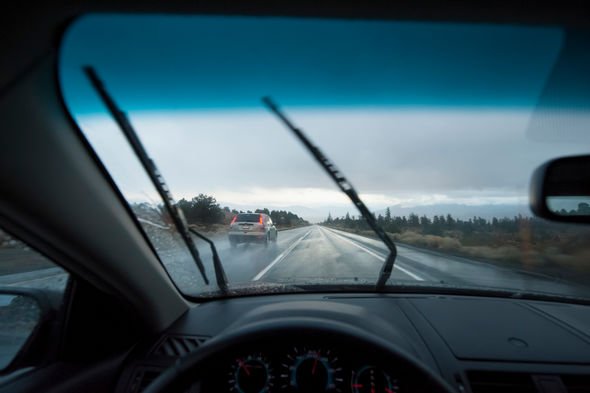 Experts have warned stopping distances need to be doubled in wet weather as driving too closely to another car may have serious consequences if you lose control of your vehicle.

However, this should increase based on the speed of the car with those travelling 40mph keeping at least a 120 feet gap.

The RAC says stopping distances should increase by four times when it starts to rain as vehicles will have less grip than under dry conditions.