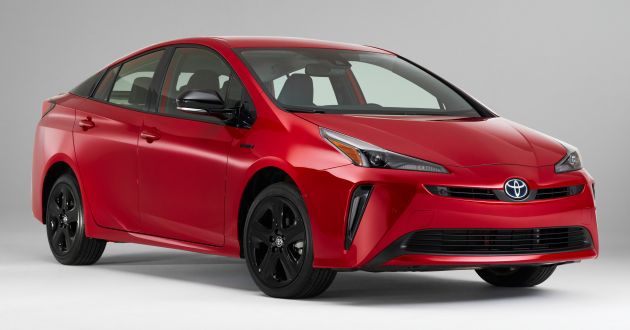 According to a report by Autocar, the Toyota Prius will remain a key model in the carmaker’s line-up, with a fifth generation being hinted to arrive in 2022. The current, fourth-generation Prius has been around since 2015, so a full model change is to expected seeing how previous iterations had a six-year gap between them.

On the Prius, Andrea Carlucci, director of marketing and product development at Toyota Motor Europe, said, “it remains the pioneer into electrification – and has been clearly, for Toyota, an icon. It started our journey back more than 25 years ago.”

“It has to keep a role, and we have to make sure it will always be a frontrunner with that kind of technology, so – although I can’t disclose much – we don’t want to waste our icon, even for the future,” he continued.

Carlucci didn’t reveal details about the Prius’ future, but did say that hybrid powertrains will still be important in Toyota’s electrification strategy. Despite the expansion of EV charging infrastructure and new EV models on the way, he stated that full-hybrid powertrains remain viable over the coming years.

“When we look at Europe, we define a region where we might have an acceleration; but globally, as we try to demonstrate the different solutions, we still have a centre of gravity around the hybrid. So, the Prius remains clearly iconic and stands for what we are: hybrid and a leader in electrification.”

Toyota has already confirmed that it will develop a new platform specifically for Europe called the E3 (emotion, engagement, energy), which will be used to underpin hybrids, plug-in hybrids and purely electric models. The new architecture will incorporate elements from the existing TNGA-C and e-TNGA platforms, with reports suggesting it will debut with the second-gen C-HR before an all-new Prius.