If it’s the future, where’s our flying cars? Well, it turns out that they’re right here or, more specifically, the Goodwood Aerodrome, this weekend.

Airspeeder is a new race series for flying racing cars. It’ll get a world debut this weekend at the Goodwood Festival of Speed, ahead of a planned world championship in 2020. The series will use “octocopters”, developed over the last five years by Australian company Alauda Racing.

Those visiting the event will be able to see a static display model of the MkIV octocopter (the name coming from the fact it has eight rotors) at the Future Lab. Meanwhile, over at the Goodwood Aerodrome — the airport in the middle of the Goodwood Motor Circuit — media and VIP guests will get to see the machines actually racing. 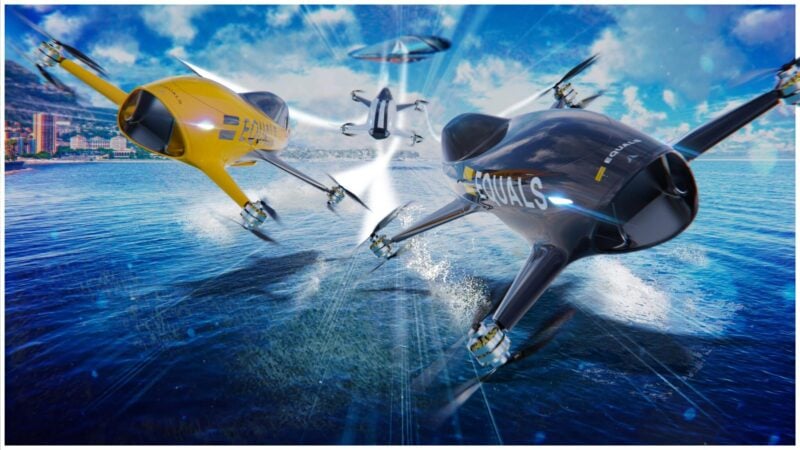 The Airspeeder MkIV is a bit of a blend of a classic single-seat race car and a drone. It uses a 500kW lithium-polymer battery, which might seem like a particularly weighty item, thus not something suited for flying. However, the entire vehicle weighs in at only 500lb (without the pilot). The battery delivers enough power to chuck the Airspeeder up to 120mph, and it’ll race for 15 minutes on a single charge.

Full piloted flying is in a trial stage right now, so the demo at Goodwood will use remote control MkII craft. However Airspeeder has full manned demonstrations penciled in for November this year, in the Mojave Desert.

That will then move to a full race championship — the Equals Airspeeder World Championship — in 2020. Five teams of ten pilots will race half-hour events at what Airspeeder terms landmark motorsport venues around the world.

If you want a sneak peek at what’s in store this weekend, you can watch the video below.