For over two decades, the Ford Expedition has been a big SUV better associated with taking kids to the field for practice, or patrolling the mall looking for a killer parking spot. Ford is keen to change the Expedition’s image, hence the recent debut of the off-road themed Expedition Timberline. Now, The Blue Oval takes the outdoor-adventure message to a new level with the Timberline Off-Grid Concept.

While technically a concept vehicle, there’s nothing preventing someone from building this Expedition on their own. Ford doesn’t say that specifically in the press release for this adventurous SUV, but it’s heavily implied through the list of add-ons that are available through Ford dealerships. It starts with a Thule rooftop tent that attaches to the Expedition’s roof rails. A 180-degree awning is part of the package, as is a portable external shower. A bevy of off-road lights are forward-mounted, and Ford even installed lights in the wheel wells and liftgate for added illumination. 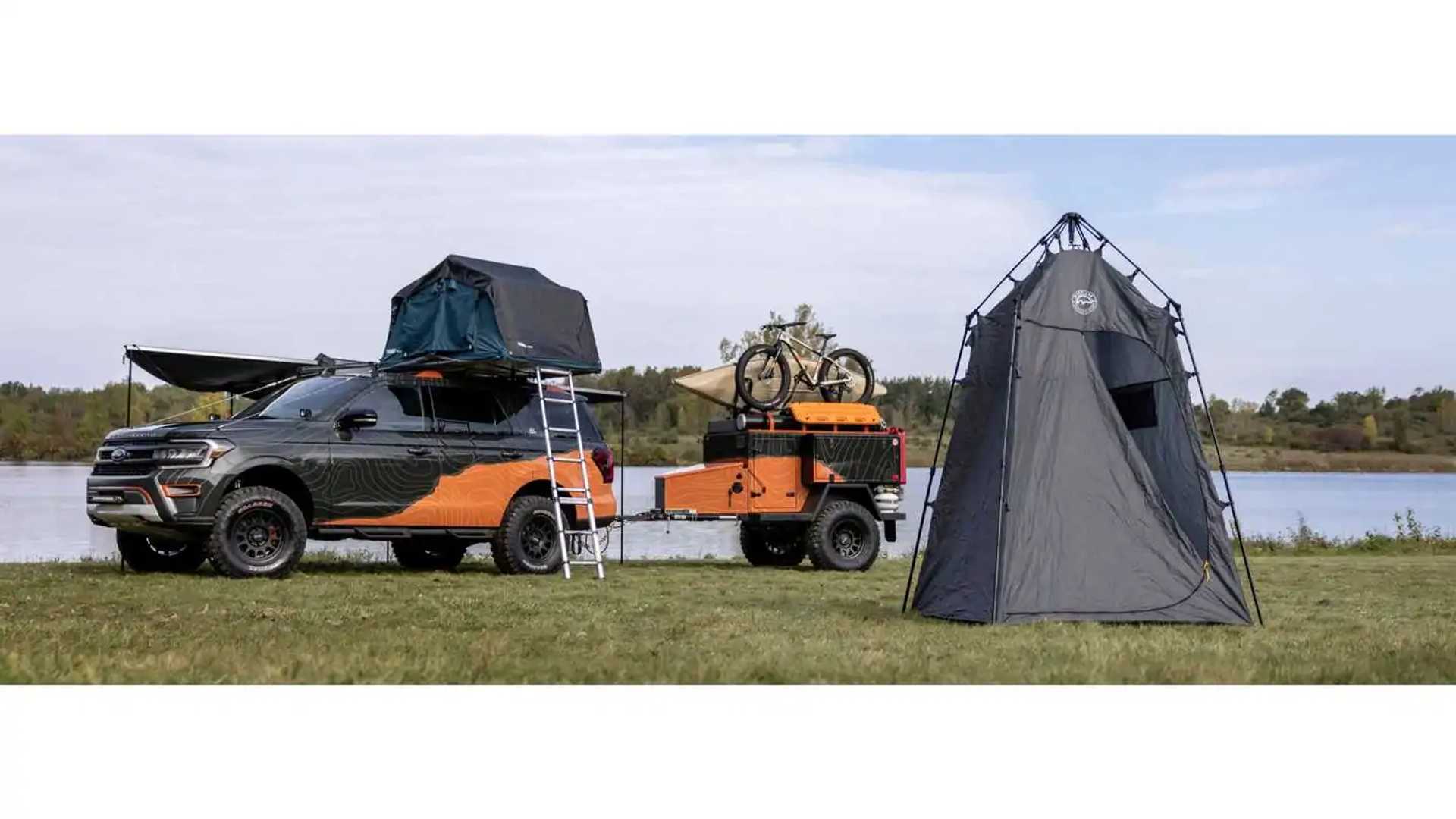 To ensure this Expedition lives up to its off-grid name, Ford made a few modifications underneath the SUV. You’ll find a set of FOX Performance Elite Series 2.5-inch shocks and upgraded 17-inch wheels with 35-inch all-terrain tires. A factory-available transmission shield is added, and the ride height is increased by two inches, giving the concept 12.6 inches of total ground clearance.

The other add-on isn’t specific to the Expedition. A Turtleback Expedition Series trailer adds more storage space as well as provisions for hot and cold water. It also contains a kitchen with a two-burner stove and sink, and for this particular concept, it’s given a matching makeover with a black/orange wrap and identical wheels to the concept.

We don’t know how many people are ready to trick out their Expedition for such duty, but Ford will display the Timberline Off-Grid Concept this weekend at Overland Expo East in Virginia. Following that, it will head to Las Vegas for this year’s SEMA Show running Nov. 2-5.