Will it be offered in the US market?

When Ford reintroduced the Ranger to US buyers back in 2018, offering a Raptor version seemed a no-brainer. Sure enough, the mid-size truck was Raptorized later that year, but only for markets outside the States. Ford’s explanation was that Americans already had a Raptor with the F-150, whereas the rest of the world had Ranger. Whether that argument holds true for the next-generation Ranger remains to be seen, but another Raptor is coming.

We first caught a glimpse of the amped-up off-roader in February 2021. A bold Ford-emblazoned grille was easily seen behind camouflage netting, not to mention camouflaged rear suspension and its dual exhaust outlets. Now, we have a fresh sighting on video from the crew at TFLnow which caught this prototype at a fuel stop in the Colorado mountains west of Denver. That is, we think it’s a Ranger Raptor – a close look at the front suggests the prominent Ford lettering is missing from this prototype, but it could simply be the camouflage doing its job of concealing details. 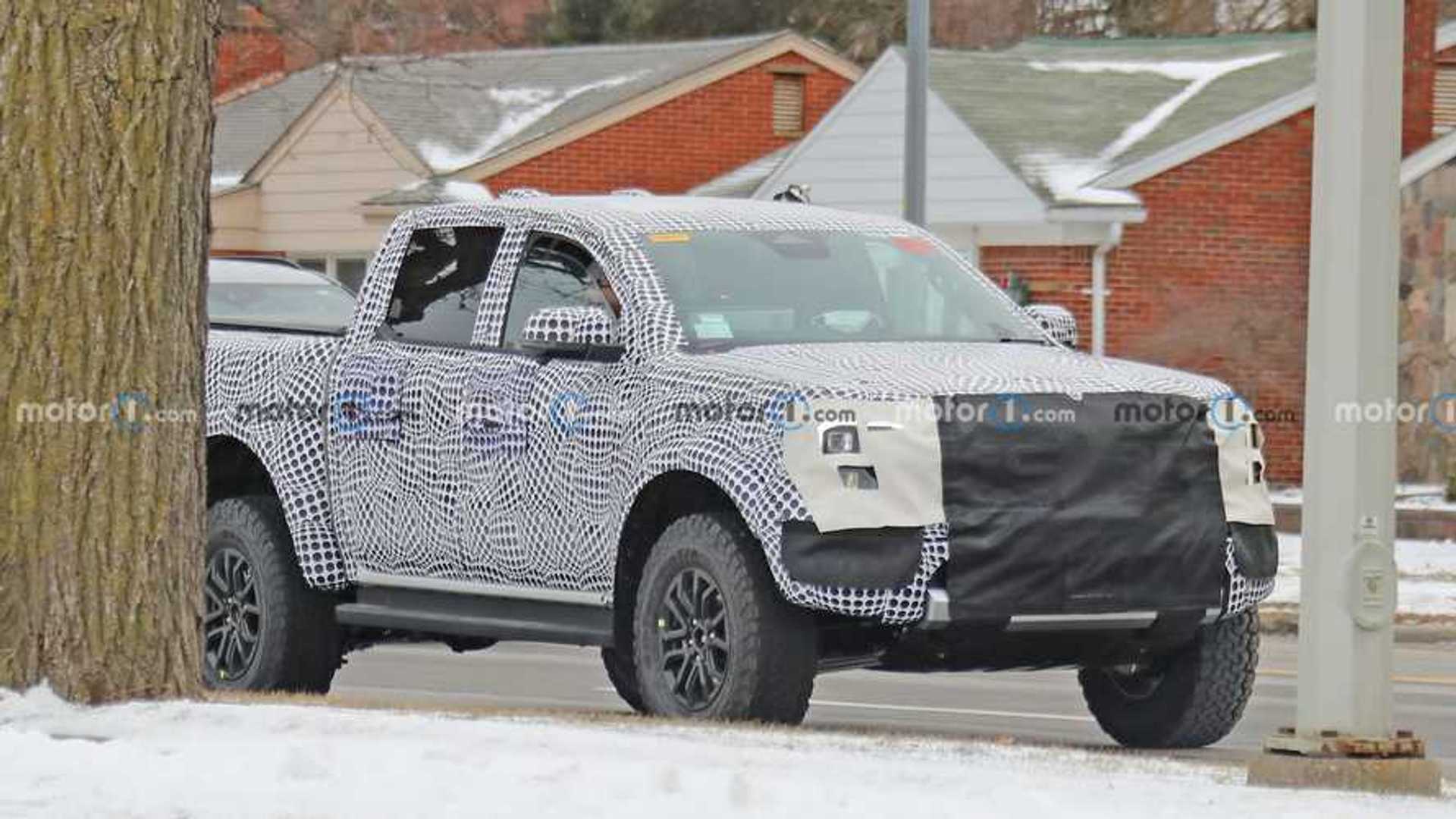 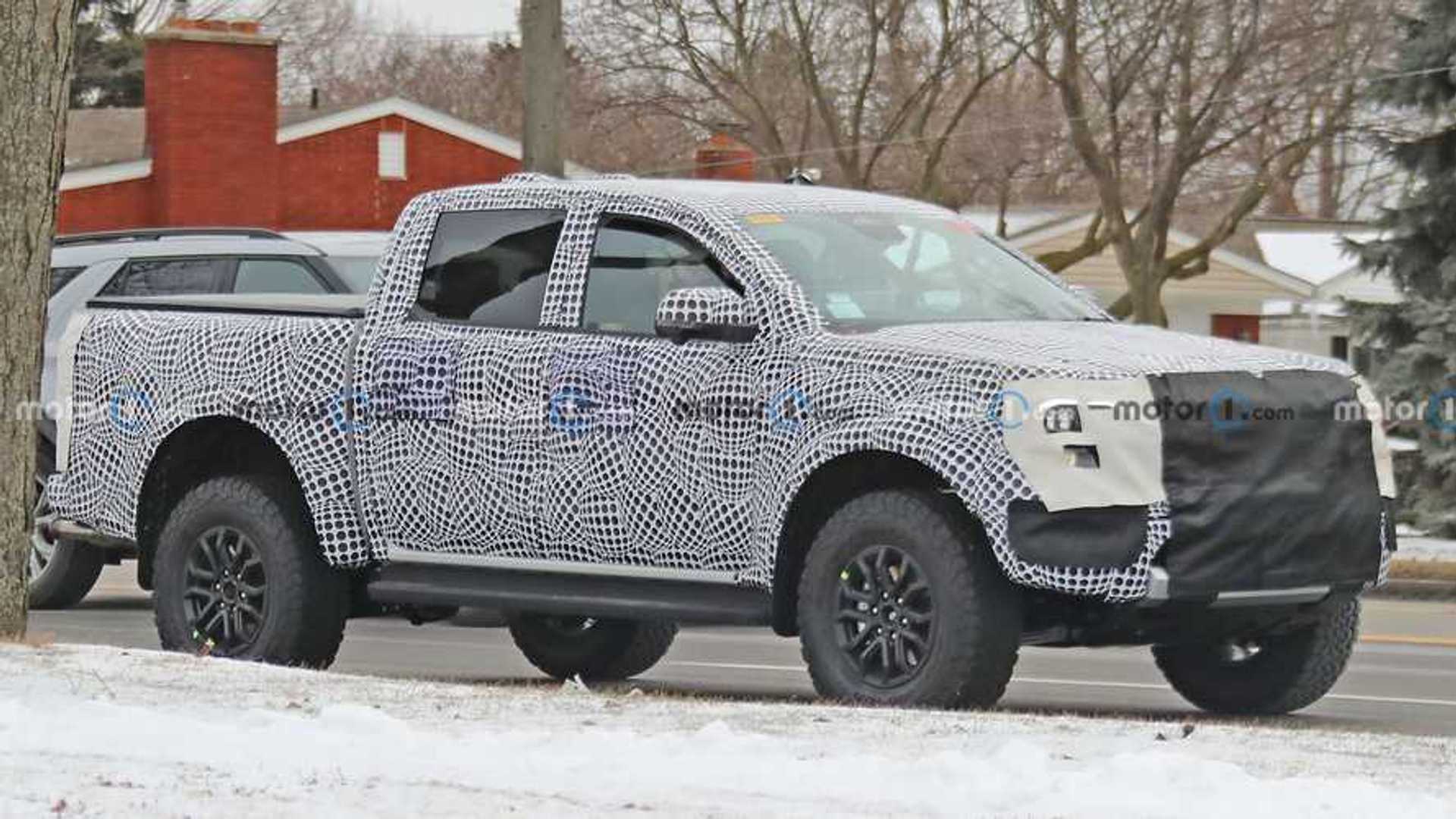 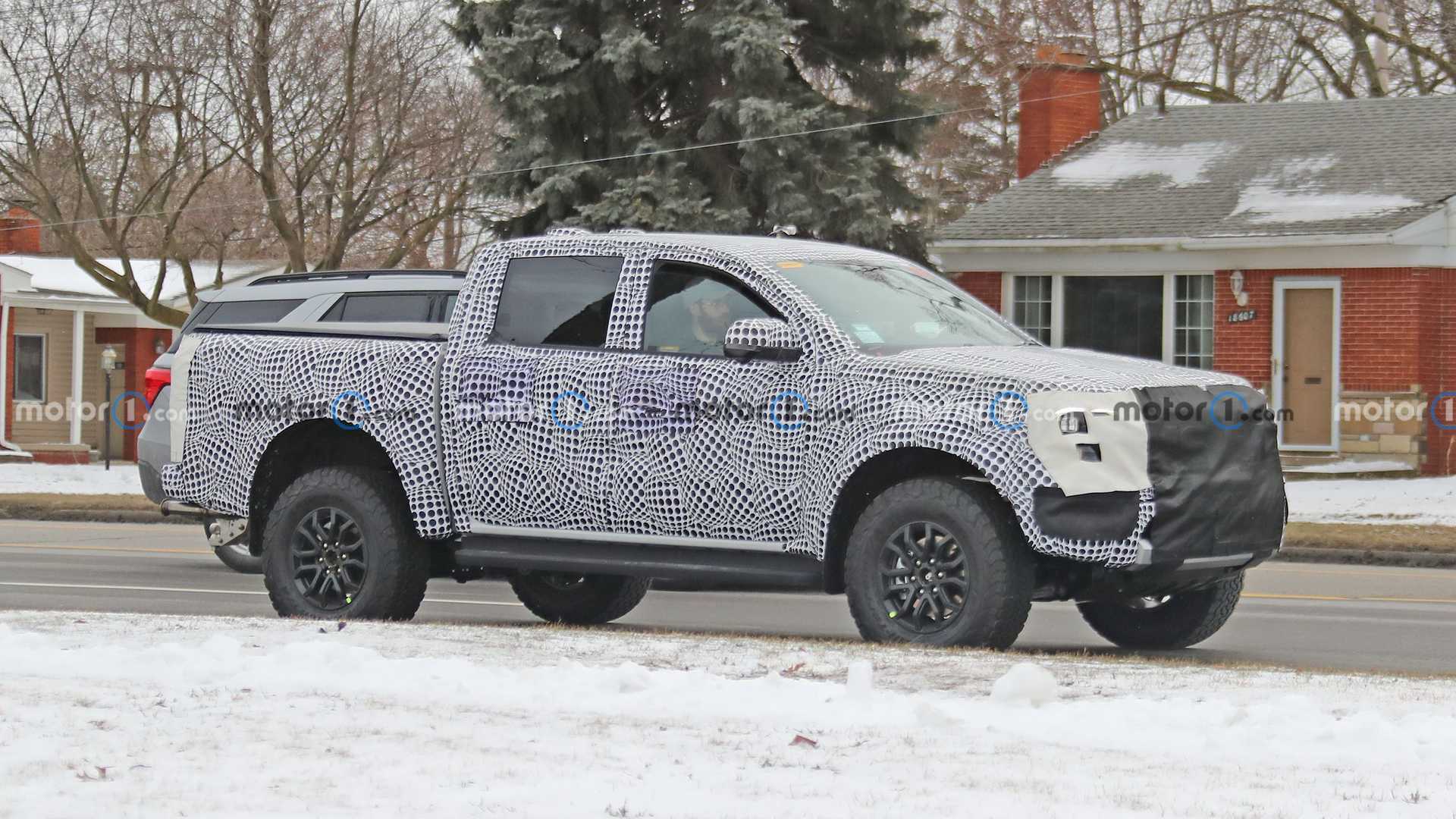 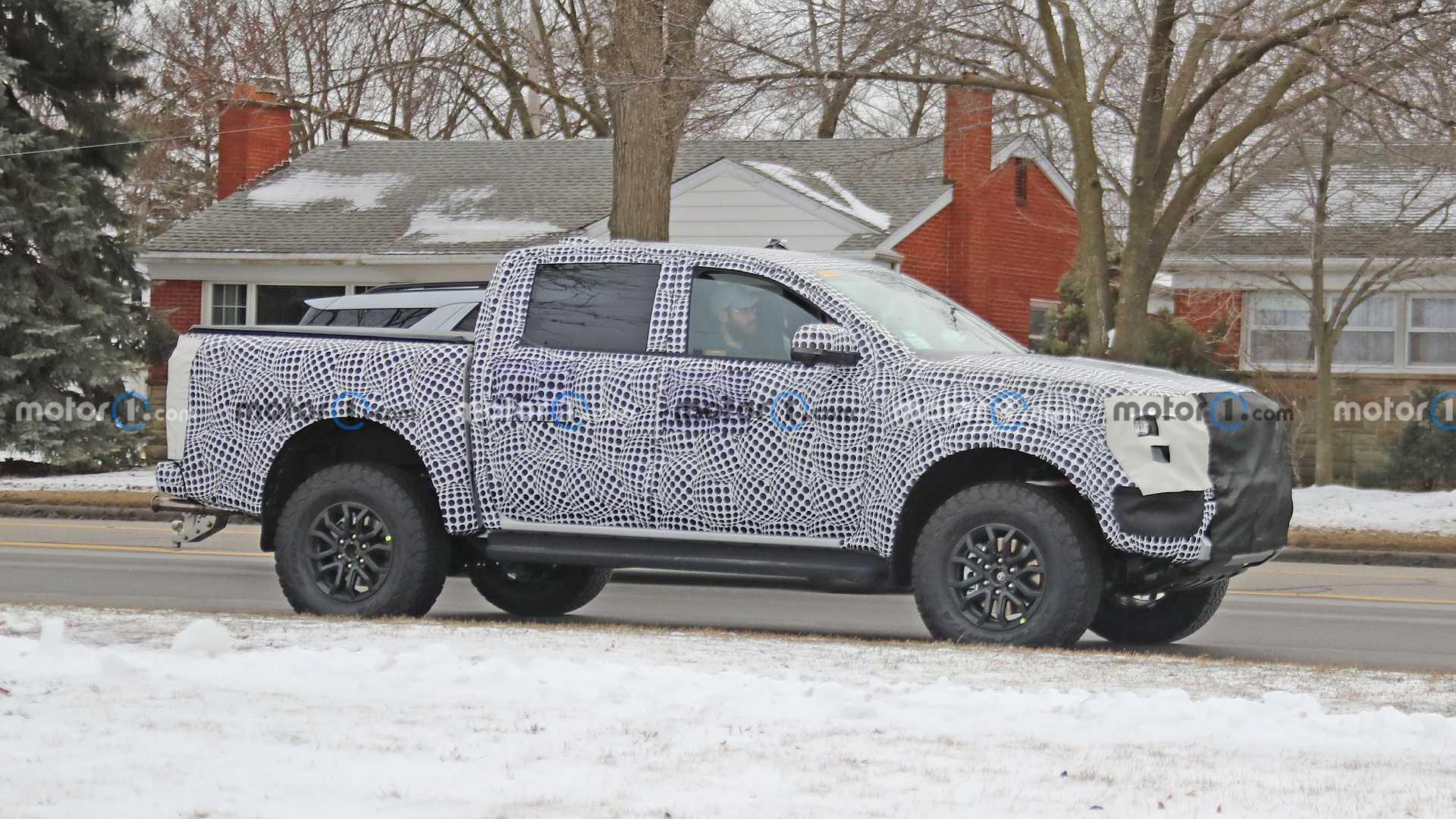 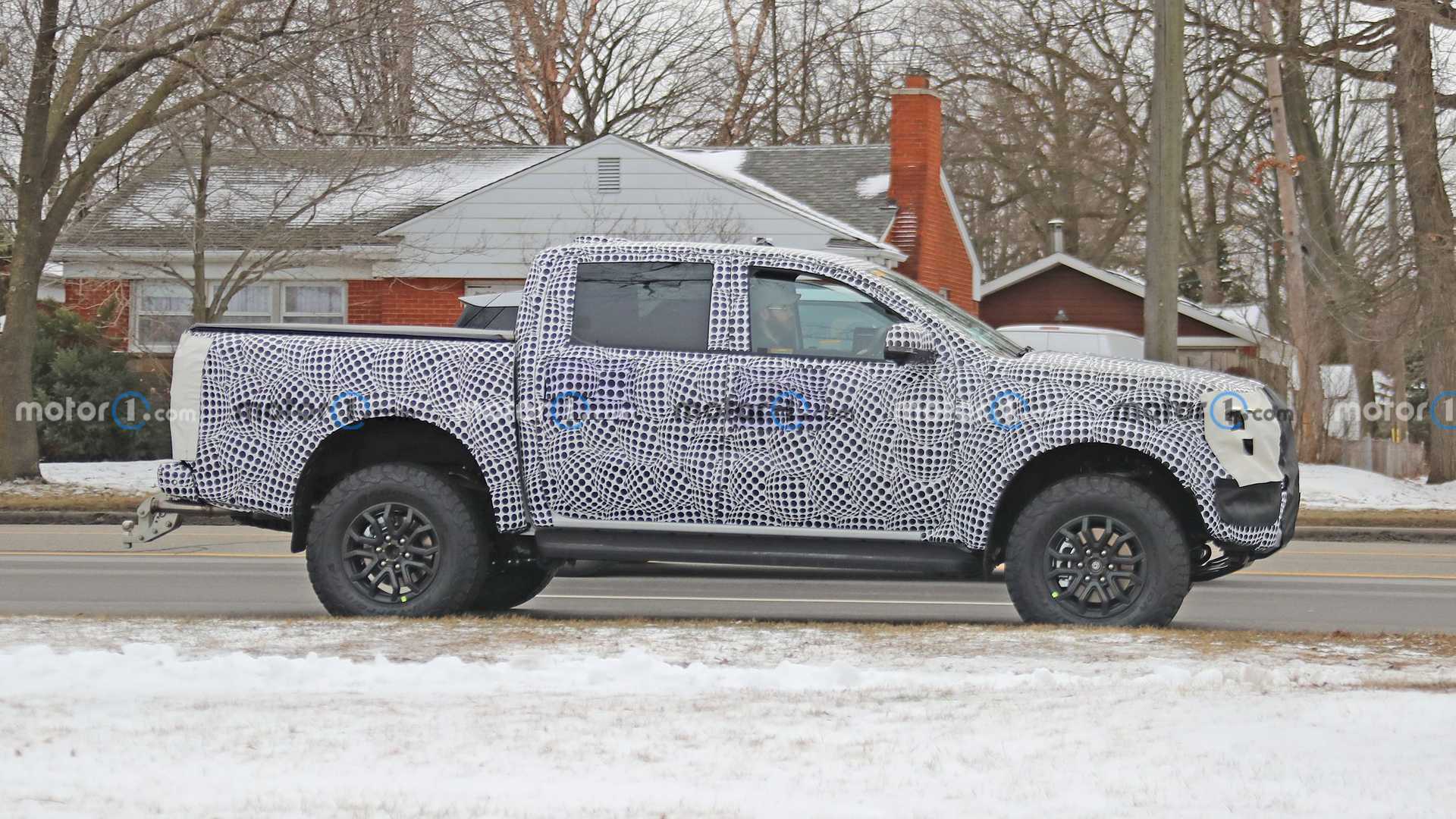 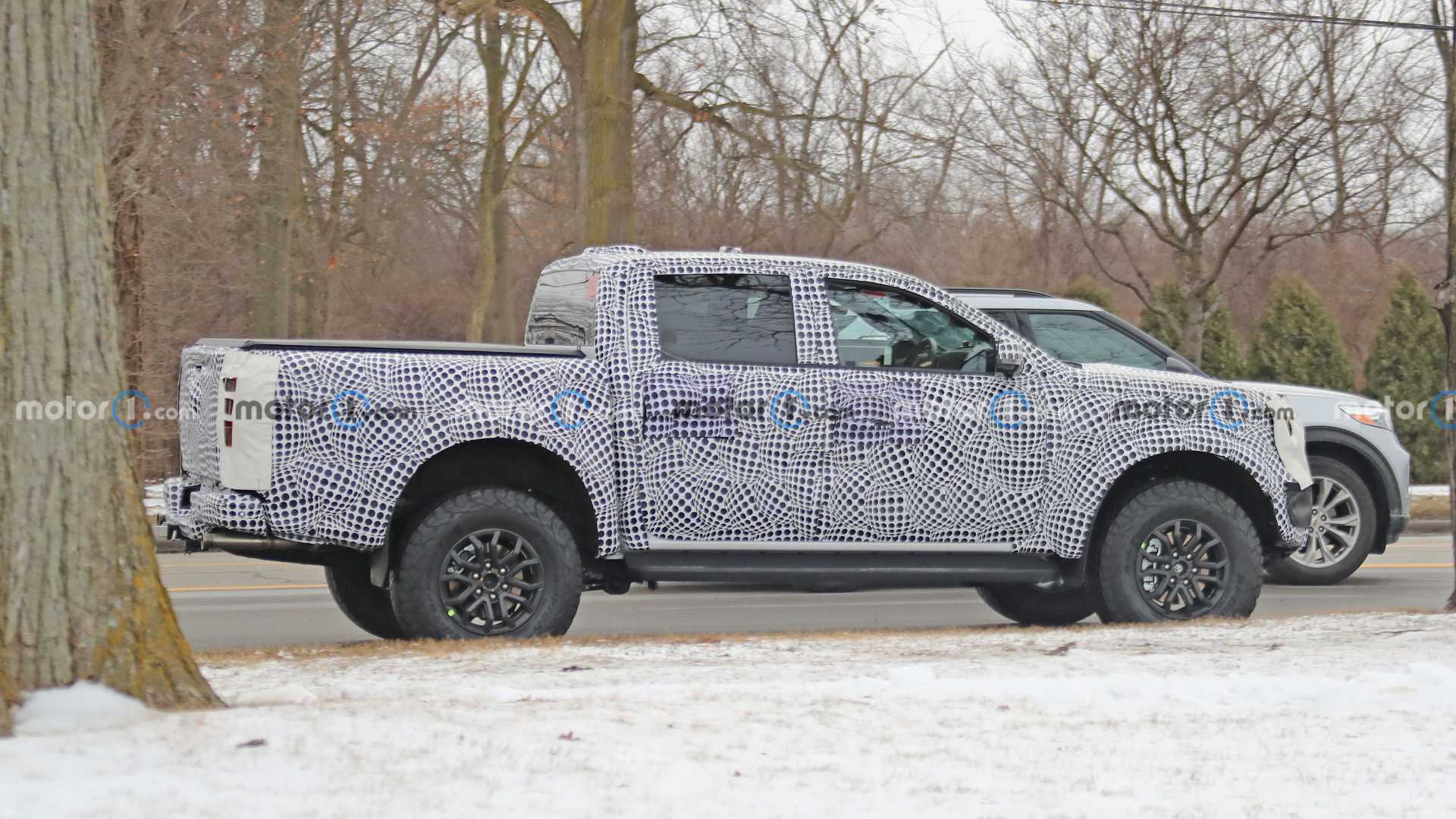 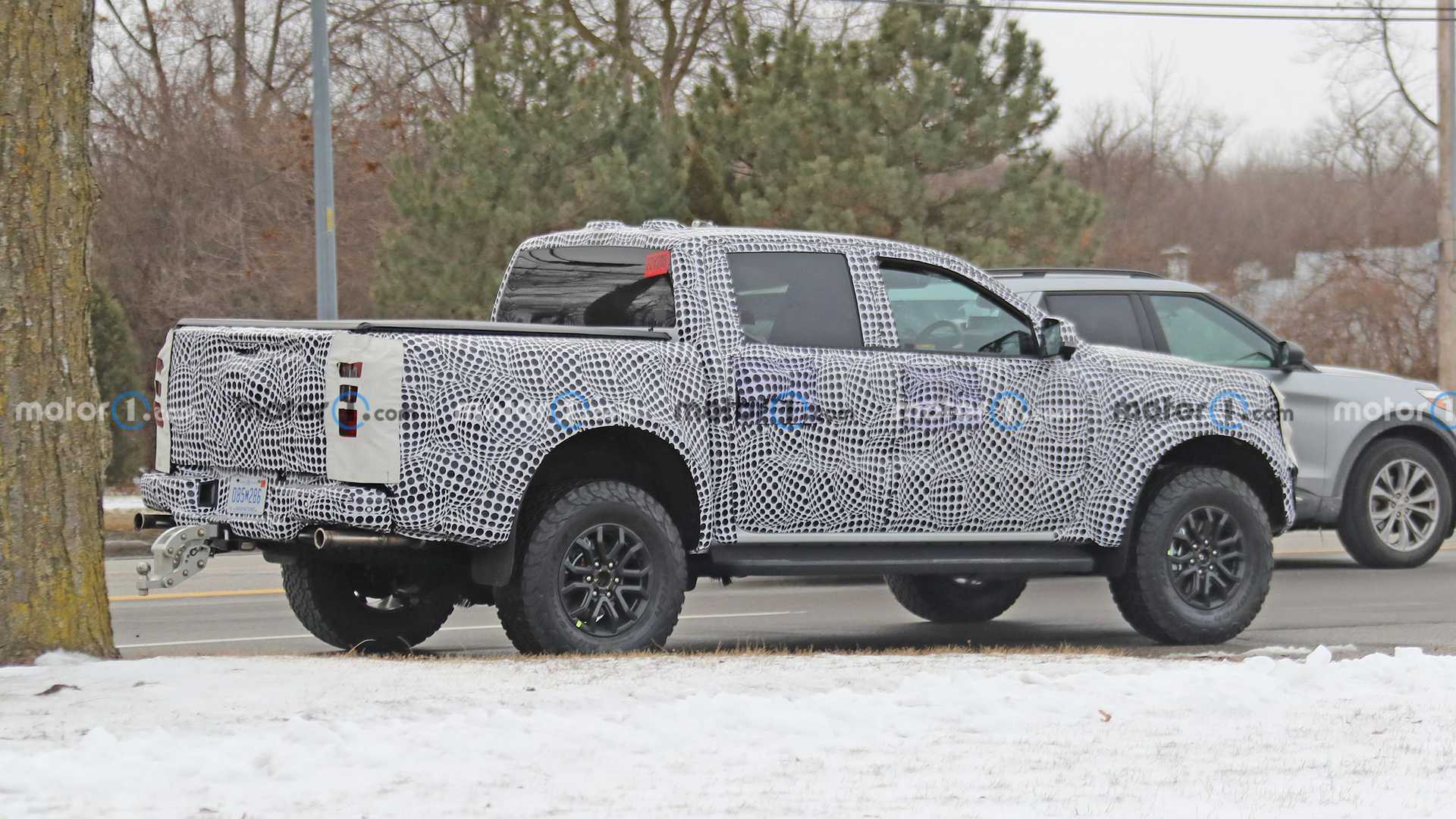 The rest of the Raptor ingredients are there. We have beefy off-road tires, a slightly raised suspension, and as the truck passes the camera, we see more camouflage on the rear axle and two exhaust tips poking out the back. It’s also towing a sizable trailer, and judging by the way the rear suspension is squatting, it’s loaded with ballast. Tow-testing in the mountains is the obvious conclusion for this prototype’s mission, and truck owners know that few things put a vehicle through its paces than towing heavy loads up and down steep roads.

Astute readers might acknowledge this test vehicle could be a future Ranger Tremor instead of a Raptor. The Tremor does ride a bit higher on off-road rubber, but the current iteration doesn’t have the same aggressive suspension, nor does it boast dual exhaust outlets that likely point to a twin-turbocharged V6 under the hood. It’s possible Ford could offer such things on a Tremor, but honestly, if you’re going that far it would be ridiculous to not invoke the Raptor’s legacy.

That just leaves us with the question we opened with. Testing in the States doesn’t automatically mean Ford will sell a Ranger Raptor here. However, with all the attention the truck has received – and all the comments and feedback we’ve seen about buyers wanting one – it seems unlikely Ford would deny the US market for a second time.

There’s still a while before the question is definitively answered, as the new Ranger likely won’t arrive until next year as a 2023 model.