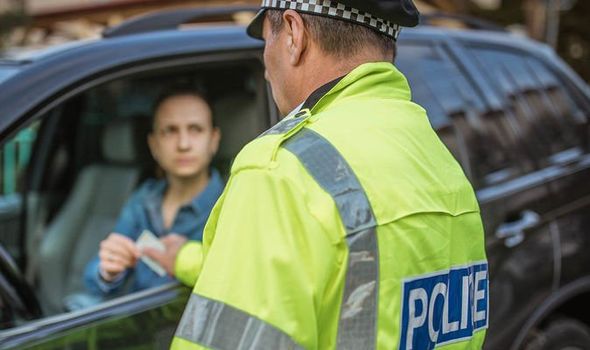 New data has found that foreign diplomats owe million in unpaid fines and fees for motoring offences in Britain. According to new figures obtained from the Foreign & Commonwealth Office (FCO) foreign diplomat owe over £111 million in unpaid motoring fines, with the Congestion Charge accounting for a staggering £109,989,245. To contextualise how much money this is, in the 2017/18 year the total net income of the Congestion Charge was £155.9million. This means there is a huge amount of lost revenue from Transport for London, ho could’ve reinvested the cash in the transport network across the capital. 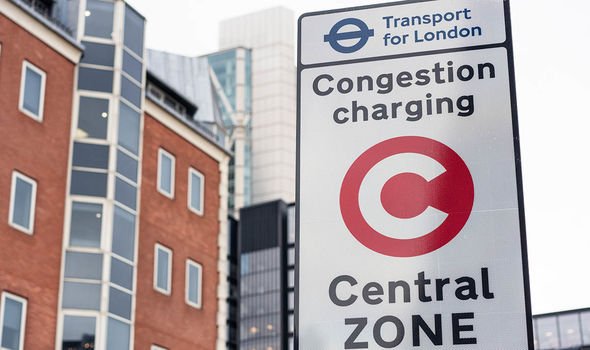 Diplomats from countries that owe the most and least amount of money through unpaid fines have been unveiled in an interactive map by Hippo Leasing.

Of the diplomats not paying fines, the worst was the American Embassy, according to the figures, which owe almost £12 million.

Other bad offenders include Japan, Nigeria, Russia and India who have all accrued debts of over £5 million.

The High Commission for the Federal Republic of Nigeria owes the highest amount in unpaid parking fines, totaling an incredible £272,740.

Under the 1961 Vienna Convention, diplomats are immune from prosecution in their host country.

This means they legally don’t have to pay motoring fines, however, that doesn’t mean diplomats can’t pay them.

Some nations, out of good will, consistently pay off their motoring fines despite benefitting from diplomatic immunity. 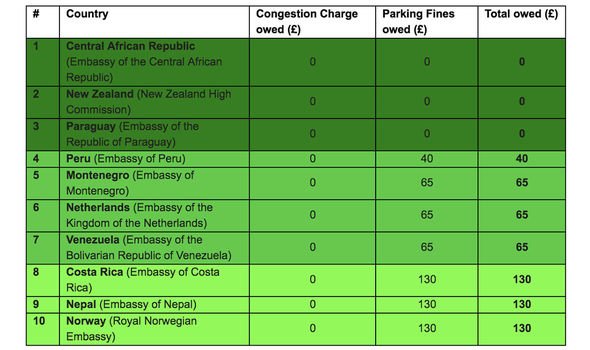 According to the FCO data, diplomats of three UK embassies (Central African Republic, New Zealand and Paraguay) owe absolutely nothing, having consistently settled their accrued debts over the years.

Tom Preston, Managing Director of Hippo Leasing commented on the findings: “While some argue diplomatic immunity is an outdated principle and open to exploitation, foreign officials remain under no legal obligation to pay their motoring fines.

“Total debts are only set to increase following the introduction of the Ultra-Low Emission Zone in April, designed to cut traffic further and help clean up the dangerously polluted air in London. As well as looking at the economic impact of foreign diplomats driving in the Capital, it’s important to consider the environmental and public health costs too.”

The full data, including how much other foreign embassies, high commissions and consulates owe, can be viewed on an interactive map here. 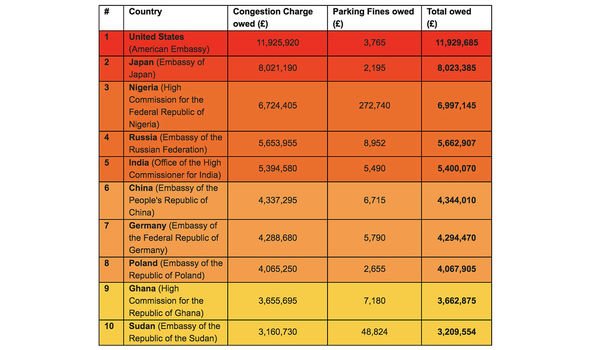 Countries that own the most in unpaid fines

Countries that own the least in unpaid fines