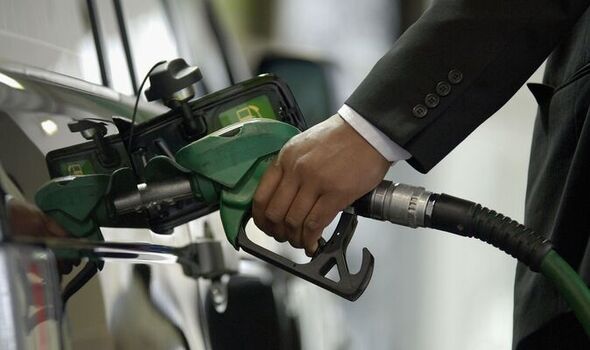 The RAC and AA demanded more action from the Government on Monday after figures showed petrol prices soared by nearly 6p a litre at forecourts over the half-term school holiday. A litre of unleaded petrol stood at a “frightening” 177.88p on Sunday, meaning filling a typical 55-litre family car with petrol has become around £3 more expensive since Friday May 27. Meanwhile diesel costs 185p for one litre.

He said: “A litre of unleaded is now a frightening 177.88p while diesel is 185p, an increase of 2p already this month.

“With oil now above 120 US dollars a barrel and sterling still at 1.2 US dollars, worse is still to come.

“Sadly, we expect to see the average price of petrol break through the 180p mark this week, with diesel moving further towards 190p.

“More radical government intervention is urgently needed, whether that’s in the form of a further reduction in fuel duty or a VAT cut.

“As it is, drivers surely won’t be able to cope unless something is done to help.

“This is fast becoming a national crisis for the country’s 32 million car drivers as well as countless businesses.”

Luke Bosdet, AA fuel price spokesman, said “shock and awe” are the only ways to describe what has been happening at the pump during the half-term break.

He added: “Little wonder that nearly half of drivers stayed at home for the Jubilee extended bank holiday.

“The forces behind the surge have been oil jumping back above 120 US dollars a barrel for the first time since late March, combined with petrol commodity prices being boosted by summer motoring demand.”