The heated exchange took place in the village of Peterston-super-Ely in the Vale of Glamorgan, not far from Cardiff. In the footage, the horse riders and the driver clashed over how the man was driving and whether he was in the right.

The rider claims the driver “nearly killed” them while the driver says he “didn’t come anywhere near” them and slowed down as soon as he saw the horse.

They said they enjoy riding down the route and do it “a couple of times a week”, adding that they were left “shaken” by the altercation.

One of the riders, who recorded the footage and asked to be anonymous, explained: “We were riding through Peterston-super-Ely and this car came towards us so we asked him to slow down.

“Drivers hate horses on the road but we were in the middle of the countryside,” they told Wales Online. 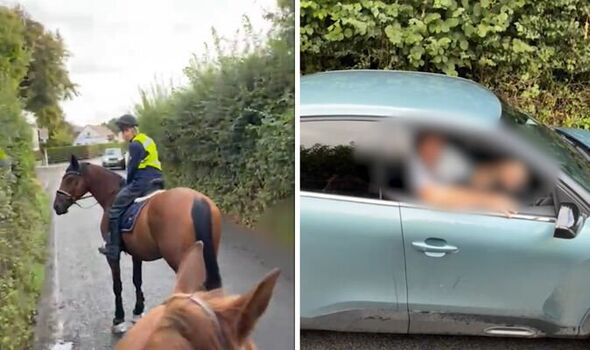 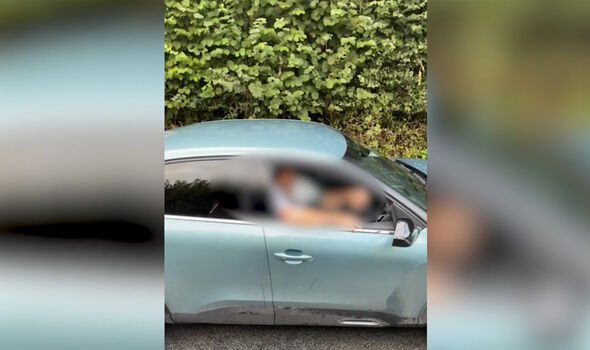 In addition to calling the horse rider, who is a nurse, a “middle class t**t”, he also called her “Miss HRT Karen”.

In the video, the driver also criticised the rider’s speech before saying he didn’t have to slow down for horses by law.

He said: “It’s a courtesy that people slow down for horses.”

“It doesn’t matter anyway as I didn’t see you coming.”

The horse rider told Wales Online she initially thought the exchange was funny, but as the man continued his tirade she began to feel “intimidated”.

Rule 215 of the Highway Code instructs drivers to be “particularly careful” when around horse riders and horse-drawn vehicles.

This is particularly important when approaching, overtaking, passing or moving around.

When drivers see a horse on the road, they should slow down to a maximum of 10mph and always pass wide and slowly.

Motorists should not sound their horn or rev their engine.

When it is safe to do so, vehicles should pass wide and slow, allowing at least two metres of space.

It adds: “Horse riders are often children, so take extra care and remember riders may ride in double file when escorting a young or inexperienced horse or rider.

“Look out for horse riders’ and horse drivers’ signals and heed a request to slow down or stop. 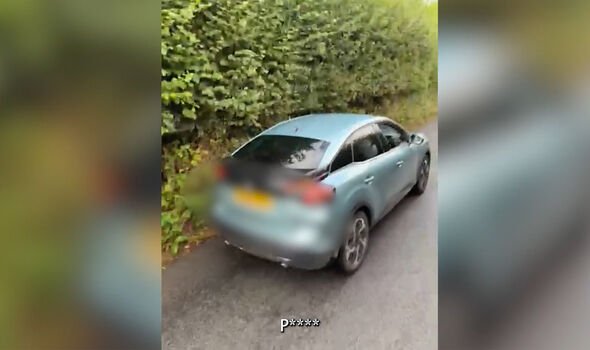 “Take great care and treat all horses as a potential hazard; they can be unpredictable, despite the efforts of their rider/driver.”

Drivers are also told to remember that there are “three brains” at work: the rider’s, the driver’s and the horse’s.

Feral or semi-feral ponies found in areas such as the New Forest, Exmoor and Dartmoor require the same consideration as ridden horses when approaching or passing.