With multiple reports stating Hyundai has ended the development of internal combustion engines, it can only mean the South Korean automotive conglomerate is going all-in on EVs. 2021 was the year when the E-GMP platform was inaugurated with the Ioniq 5, EV6, and the GV60, but there are additional zero-emissions models on the way.

Hyundai will be coming out with the Ioniq 6 next year as a stylish sedan based on the Prophecy concept, with the Ioniq 7 due early 2024 to serve as a three-row SUV previewed by the SEVEN concept. Kia will have the equivalent EV9, and it only seems right Genesis should be getting its own large vehicle with a seven-seat layout. It might’ve been teased by Hyundai’s premium division earlier this month as a deliberately darkened scale model. 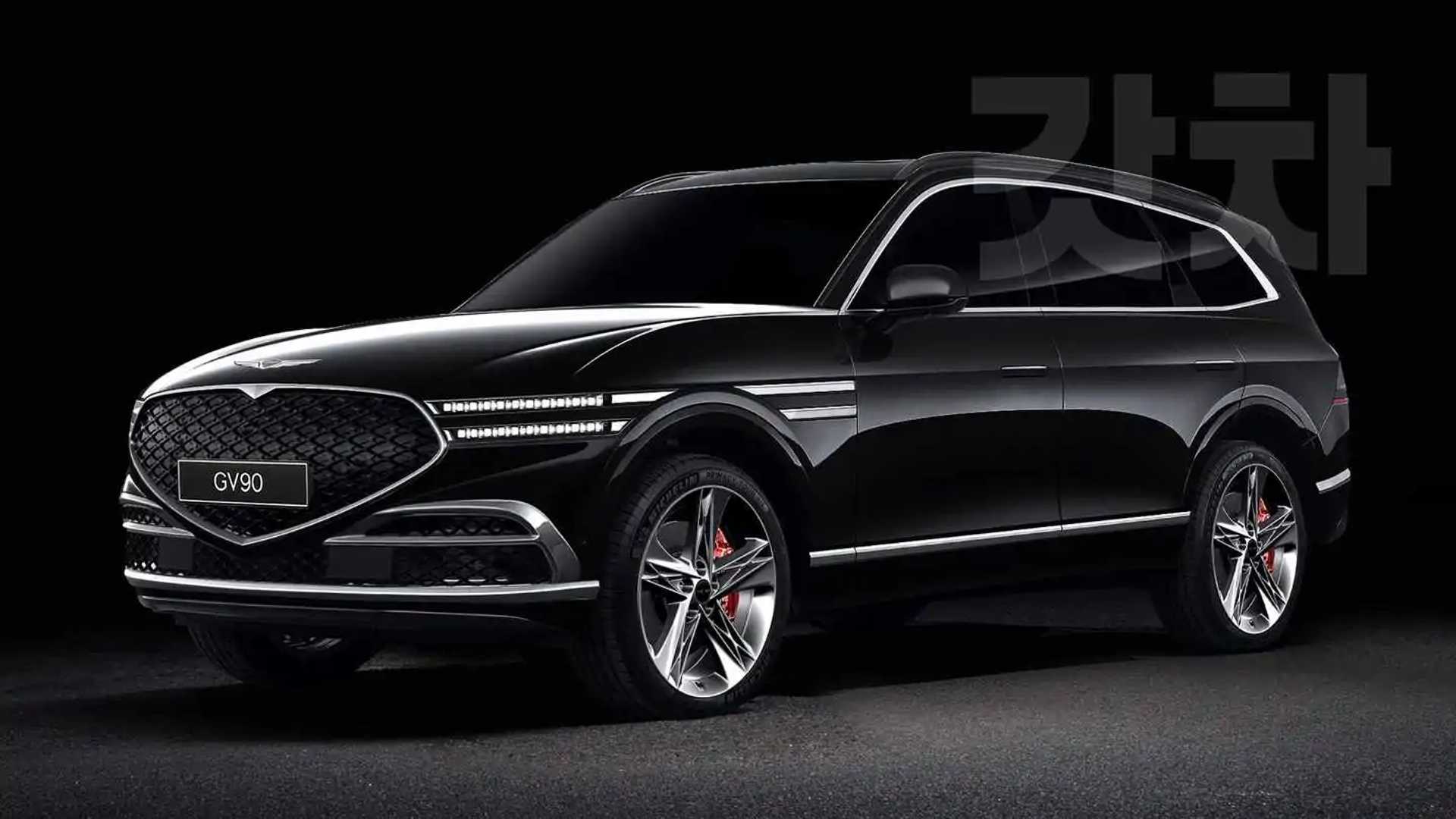 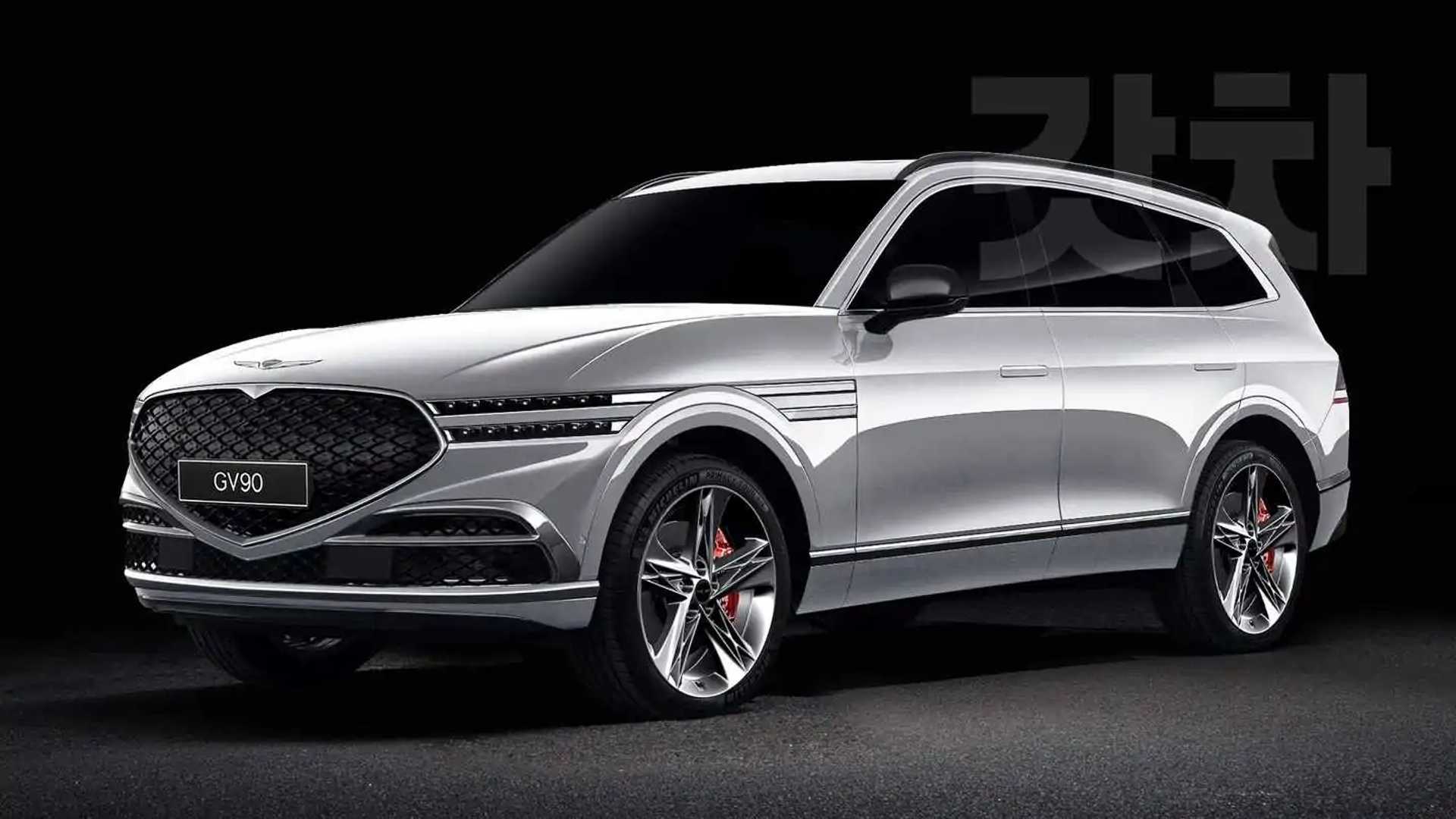 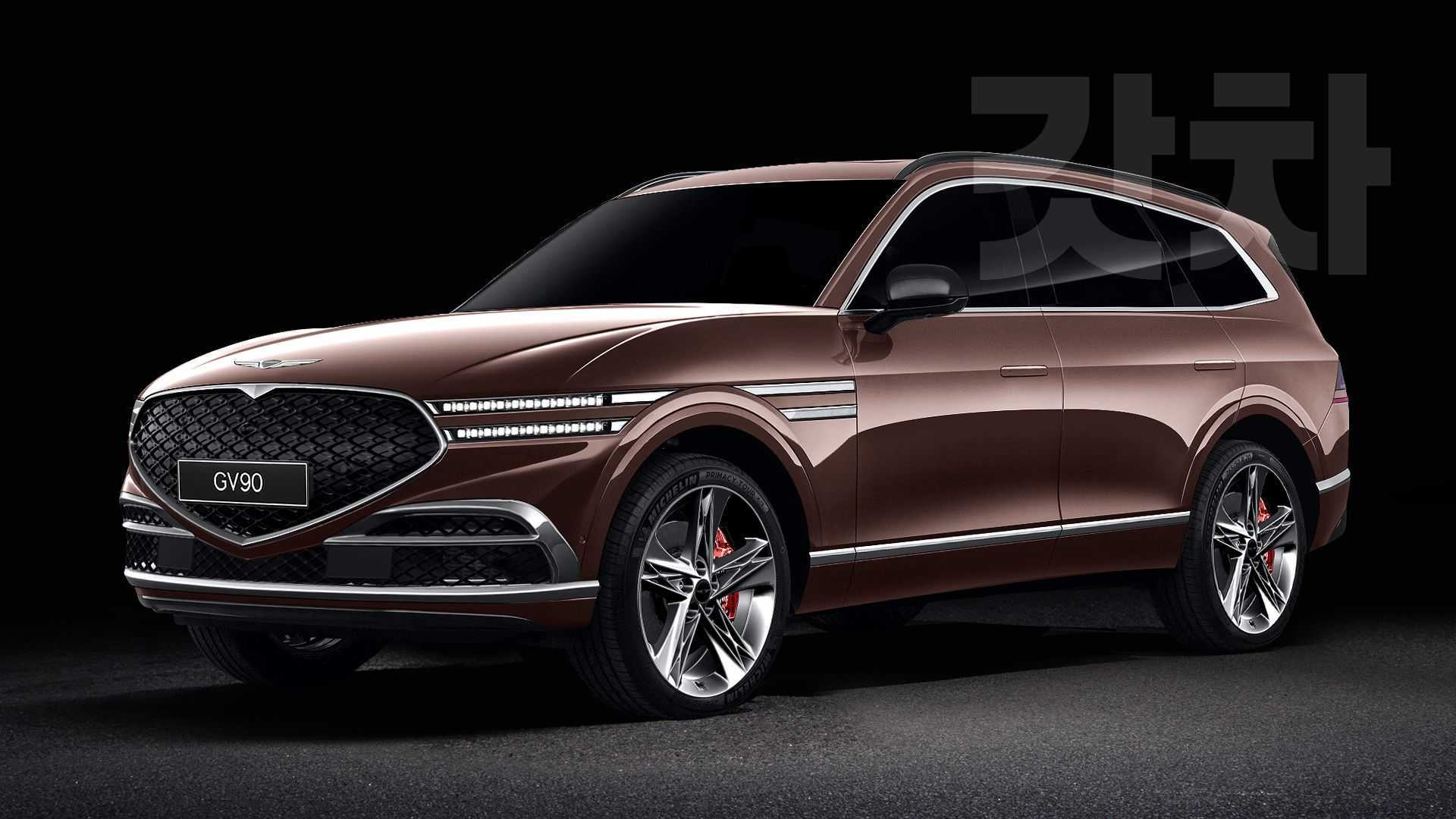 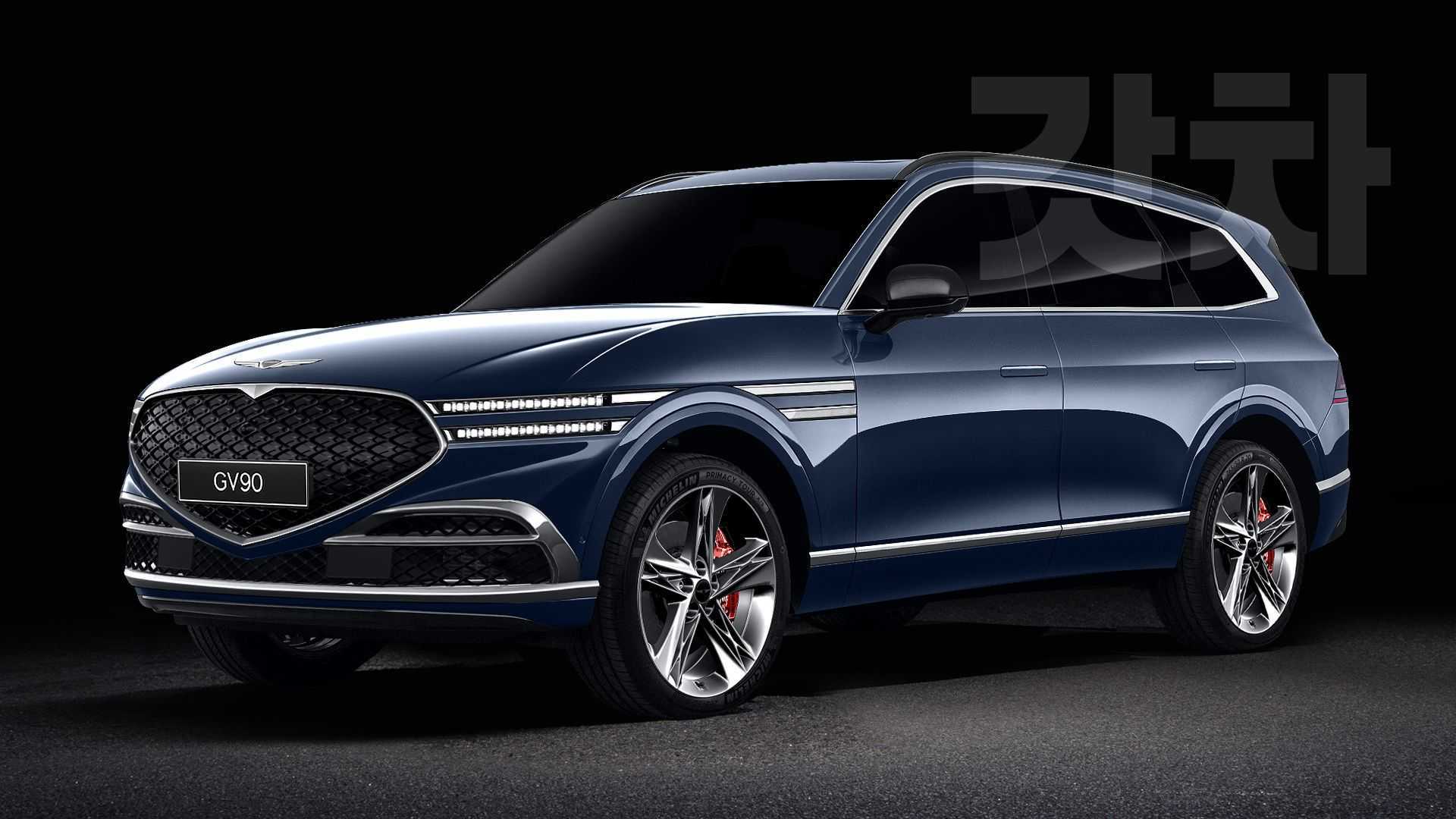 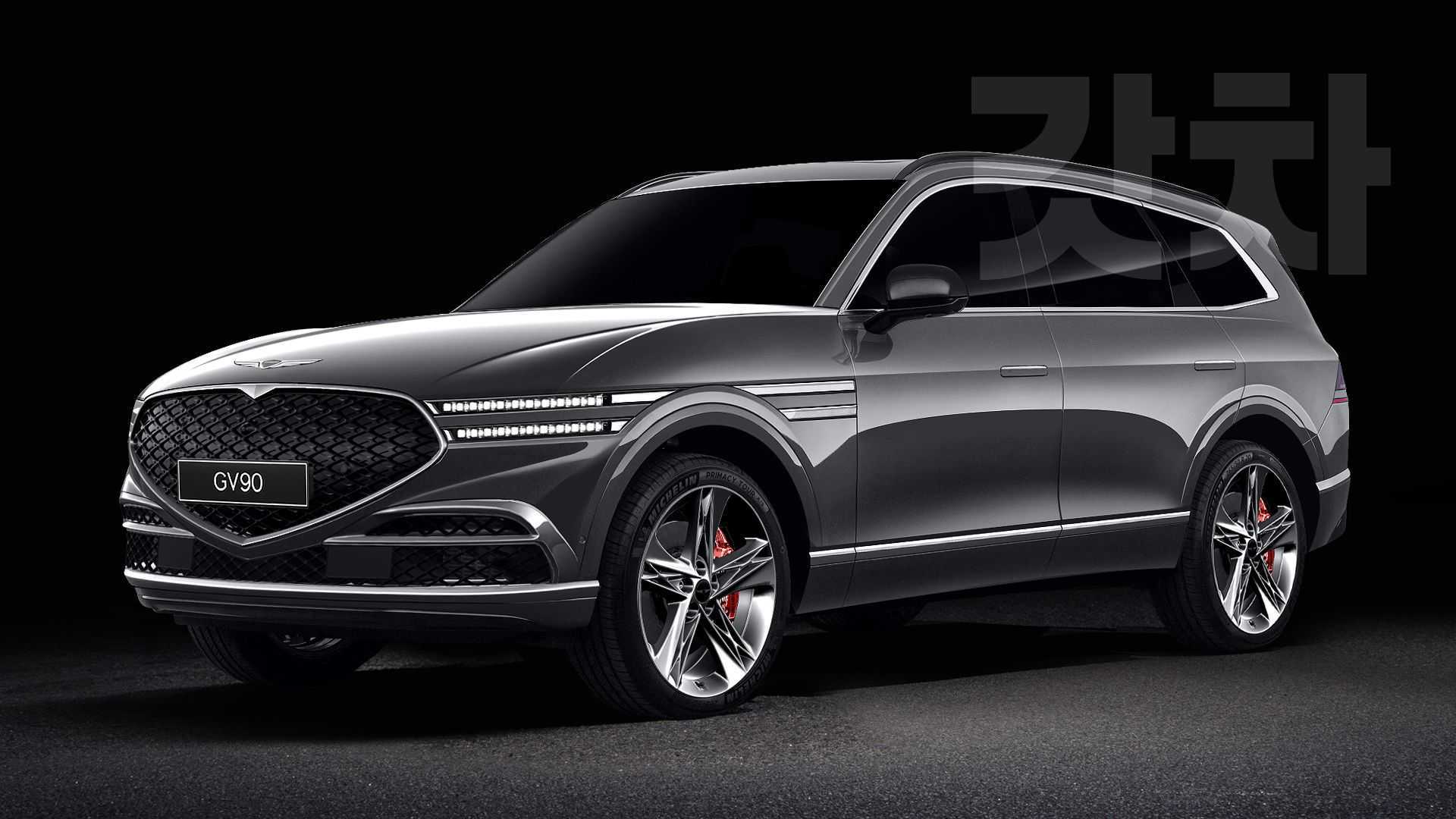 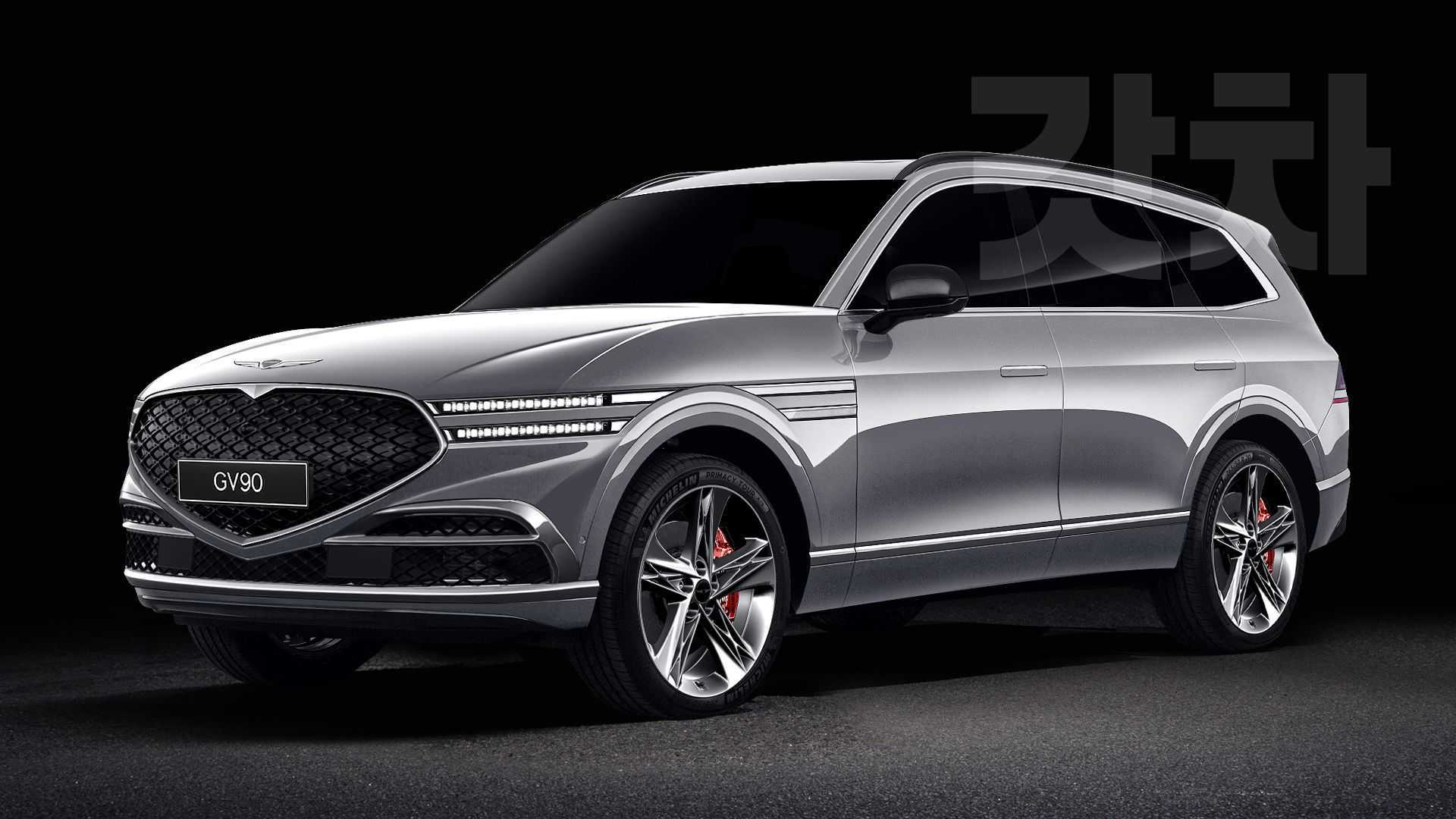 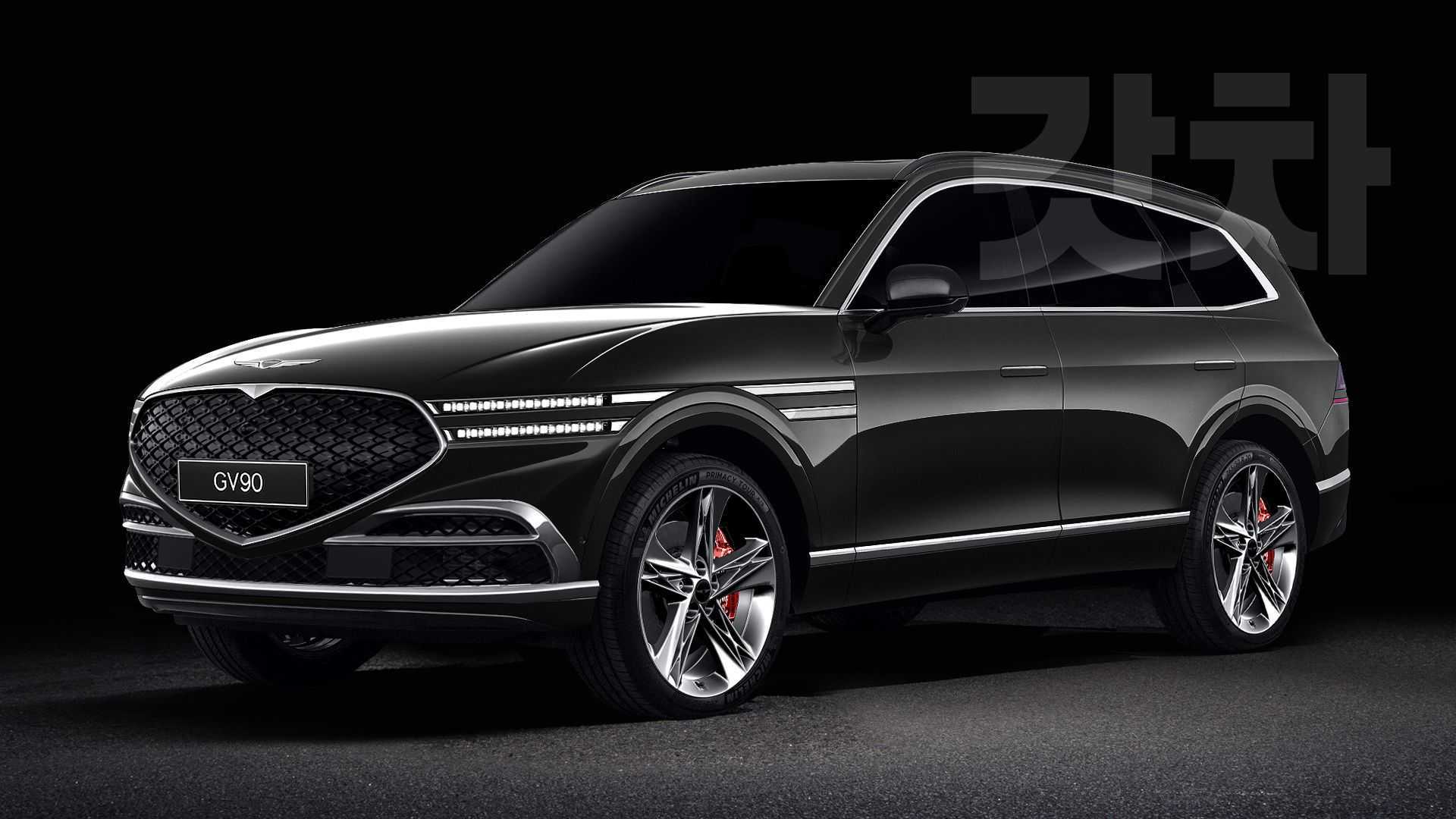 A new rendering courtesy of Gotcha Cars attempts to dial up the brightness level and expose the GV90. The completely silent luxury cocoon is expected to come exclusively in EV form and feature a significantly different shape compared to the much smaller GV60. While the latter goes for the fastback-esque profile with a sloped roofline, the biggest Genesis of them all will have a boxy shape to maximize interior space for passengers and their cargo.

The GV90, Ioniq 7, and EV9 will use the biggest version of the E-GMP platform, providing a massive wheelbase. The distance between the axles stretches at a stately 126 inches (3.2 meters) in the case of the Hyundai SEVEN concept, so even the rearmost passengers should have plenty of legroom. Being a dedicated electric vehicle architecture, it means a completely flat floor design is planned for the three XXL-sized SUVs.

Given the size and heft of these models, logic tells us they’ll all be offered only with dual motors and all-wheel drive, but that remains to be seen. The Hyundai Motor Group is likely saving the best for last since the GV90 will probably arrive after the Ioniq 7 and EV9 considering Hyundai and Kia have previewed their models already.

As a final note, not all EVs will ride on the E-GMP since Hyundai CEO Jaehoon Chang told Automotive News a few days ago a second electric-only architecture is currently in the works.