The list of real world cars in Gran Turismo Sport is about to grow by one. Not because Polyphony Digital is adding another vehicle, but because a German tuner, TV personality, and YouTuber wants to build a real version of one of the game’s fictional vehicles.

Jean Pierre Kraemer became something of a celebrity in Germany from his appearances on “Die PS Profis” (“The Horsepower Professionals”). These days he runs his own tuning shop in Dortmund, JP Performance, and hosts his own YouTube channel by the same name with almost two million subscribers.

In a video posted recently on his YouTube channel, JP revealed the plan he’d been working on for six months: building a Volkswagen Beetle Gr.3 from GT Sport, but in the real world.

It’s an interesting choice. Naturally, the Beetle itself is a real car, but the Gr.3 vehicle is something out of fiction. It’s one of several cars imagined by Polyphony Digital to fit into a GT3-like car category.

These are very loosely based on production vehicle shells, but they feature almost no other parts with their road-going brethren. Volkswagen didn’t have a suitable GT3-homologated car, so PD invented one, and based it on the Beetle. 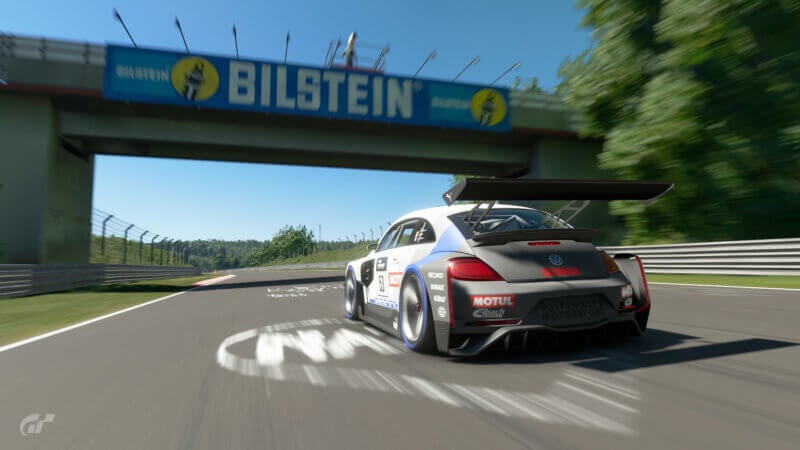 This is something JP quickly discovered to be an issue. In order to recreate the car as much as possible, he needed the vehicle design drawings and approached his contacts at Volkswagen. That’s when he found out that VW had almost nothing to do with the car, but eventually he was able to get the data he needed from a Sony studio in Los Angeles — which we assume to be the GT Explore studio.

With the data in hand, JP will be able to recreate most of the Beetle Gr.3, but not quite all of it. For example, the Gr.3 car’s roof line is some 1.5-inches lower than the real car, which is something that will prove too expensive to mimic, as is much of the vehicle interior.

It’ll also use the easy to source 2.5-liter five-cylinder turbo and DSG gearbox, to drive all four wheels, rather than the rear-wheel drive of the original Gr.3. If it’s anywhere near the 600hp of the race car, that should be a pretty quick Beetle.

The first video on the subject covers JP’s plans and his purchase of a 71,000-mile Beetle (though he thinks it’s done quite a bit more mileage than that) for €9,500. You can watch it all in full below, but you’ll probably want translated subtitles on if your German is not that hot.

Thanks to Beats Hasa for the Twitter tip, and James Fossdyke for his translation help!