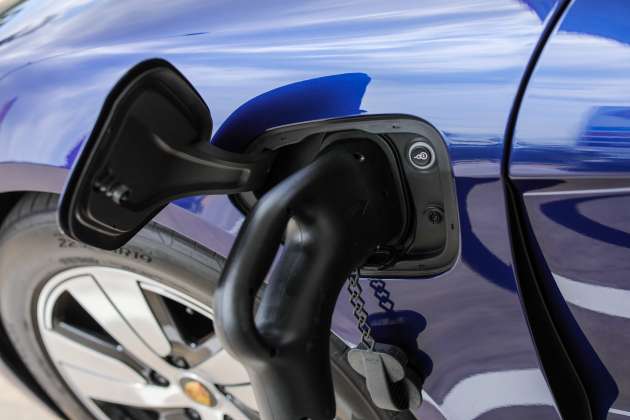 According to a report by Bernama, the government plans to set up 10,000 charging stations for electric vehicles in Malaysia by 2025 under the Low Carbon Mobility Blueprint (LCMB) 2021-2030.

“Right now, we have about 300 EV charging stations which were set up under these collaborations, bringing the total to an estimated 600 charging stations nationwide,” Lim said in the Dewan Rakyat yesterday. Lim was responding a question posed by Abdul Latiff Abdul Rahman on ministry of international trade and industry’s (MITI) plans for developing the local EV industry.

Lim also noted that the government has provided companies who are looking to build EV infrastructure with tax incentives, such as the pioneer status, as well as financial assistance. “MITI’s efforts also include the establishment of the Electric Vehicle Taskforce, involving relevant ministries, agencies and private sector players to improve existing strategies and formulate new strategies towards strengthening the development of the EV industry in Malaysia,” he said. “Standards related to the EV industry, such as charging systems, battery disposal activities, battery swapping, wireless charging and others are also being established to ensure that the EV technology used and developed in the country is standardised, safe and of quality,” Lim commented.

As announced in Budget 2022, consumers as well as vehicle and component manufacturers currently enjoy notable incentives when it comes to EVs, promoting their update. Aside from establishing a more comprehensive charging infrastructure, the government is looking to attract investments for the EV sector, with some already approved.

“For example, two major companies from South Korea, SK Nexilis and IMM Technology, have invested in Malaysia to produce electro-deposited copper foil, a component of EV batteries,” Lim pointed out.