Hot hatch made even hotter?

With 257 horsepower and 360 Newton-meters (266 pound-feet) on tap, the Toyota GR Yaris certainly isn’t lacking in the power department. That’s especially true when you take into account the pocket rocket packs an extra 11 hp and 10 Nm (7 lb-ft) in its domestic market Japan. The most powerful three-cylinder engine ever fitted to a production car could be massaged furthermore considering our spies have caught what may very well be a GRMN Yaris.

As you may recall, per Toyota’s sports car hierarchy announced three years ago, GR Sport serves as the entry-level offering, followed by the midrange GR, and the flagship GRMN. The Japanese marque has already made the GR Yaris a lot more intense than the previous-generation Yaris GRMN limited edition, so a potential Gazoo Racing Masters of Nurburgring derivative of the latest supermini would be even more exciting. 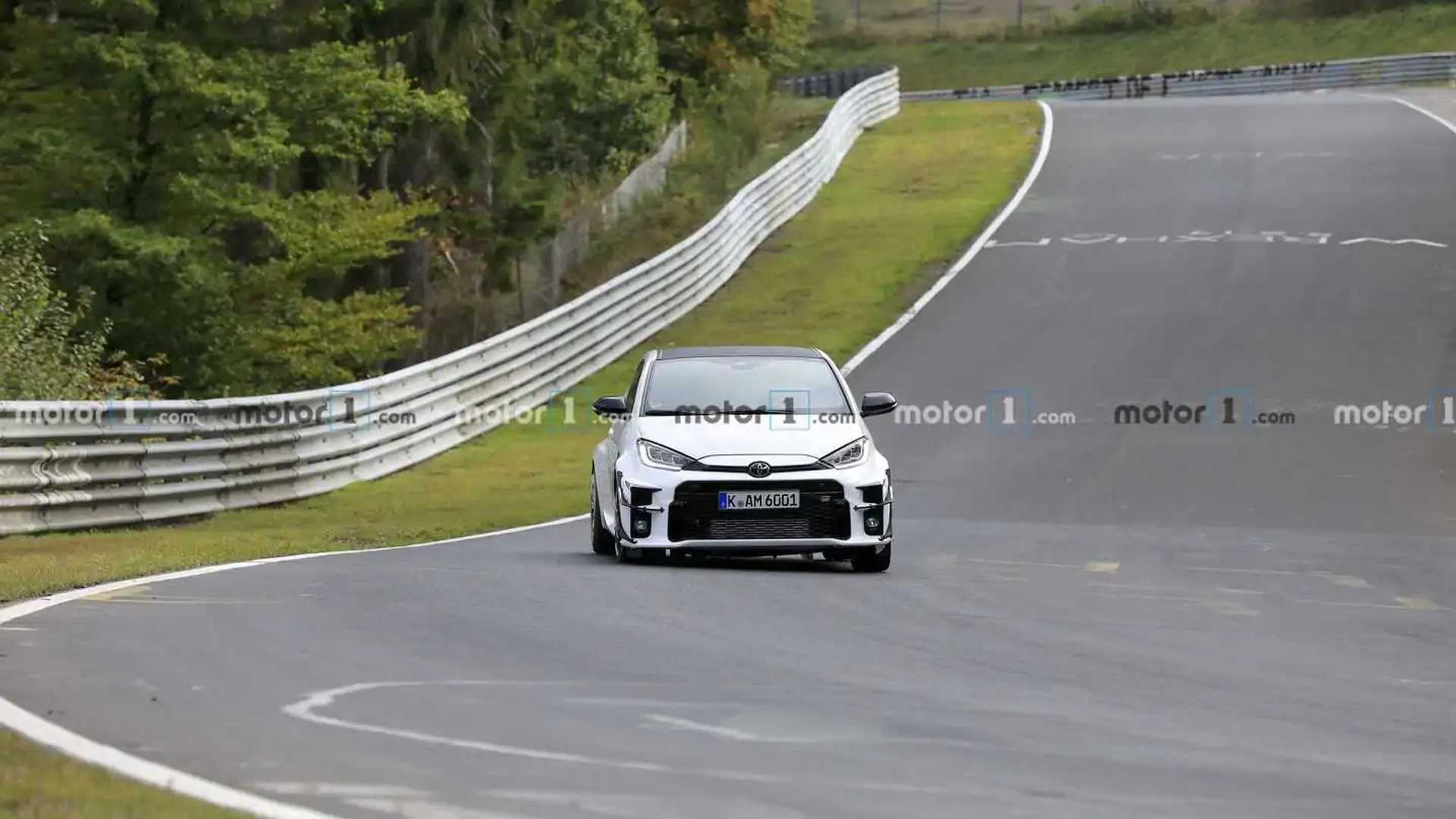 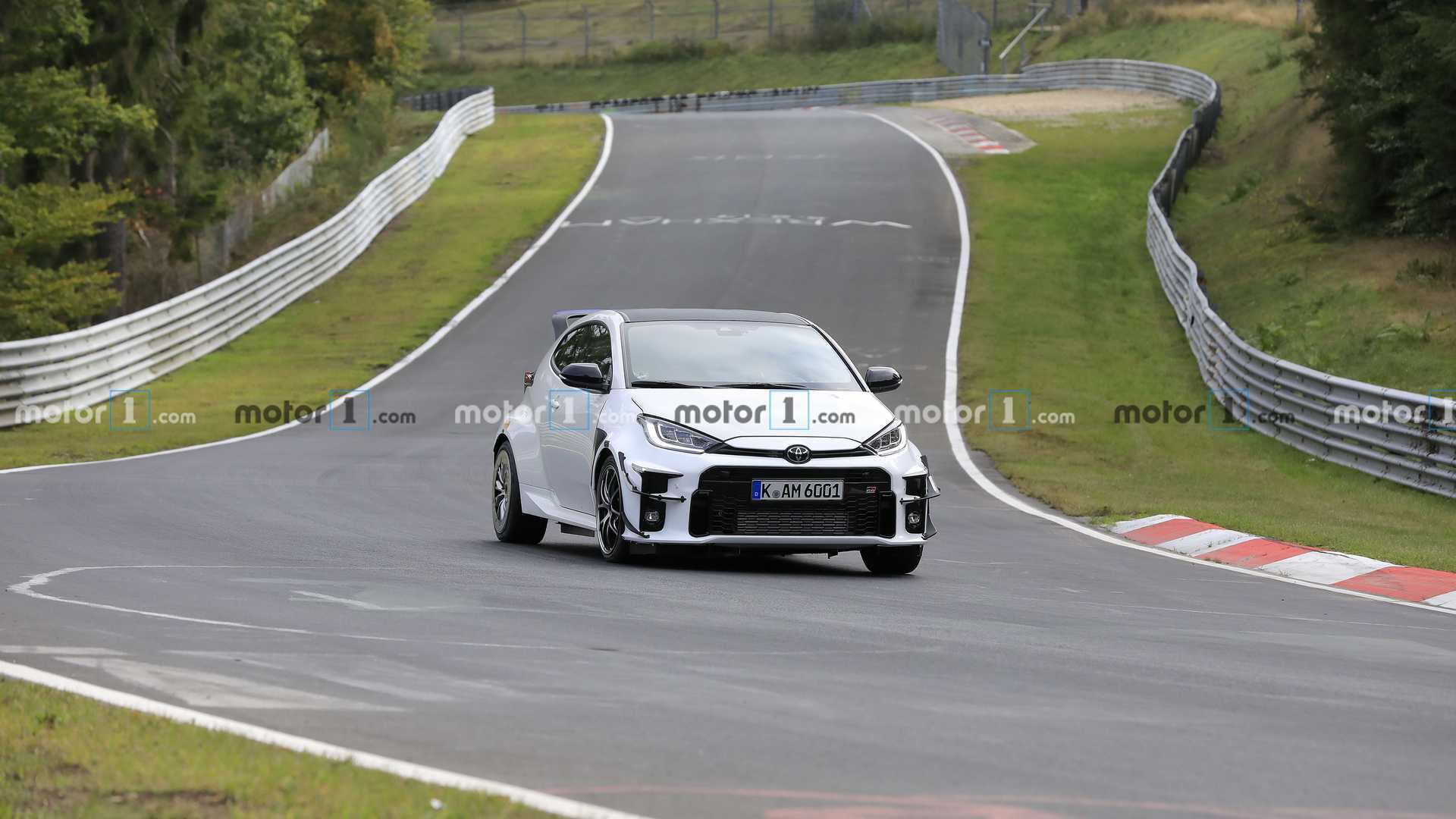 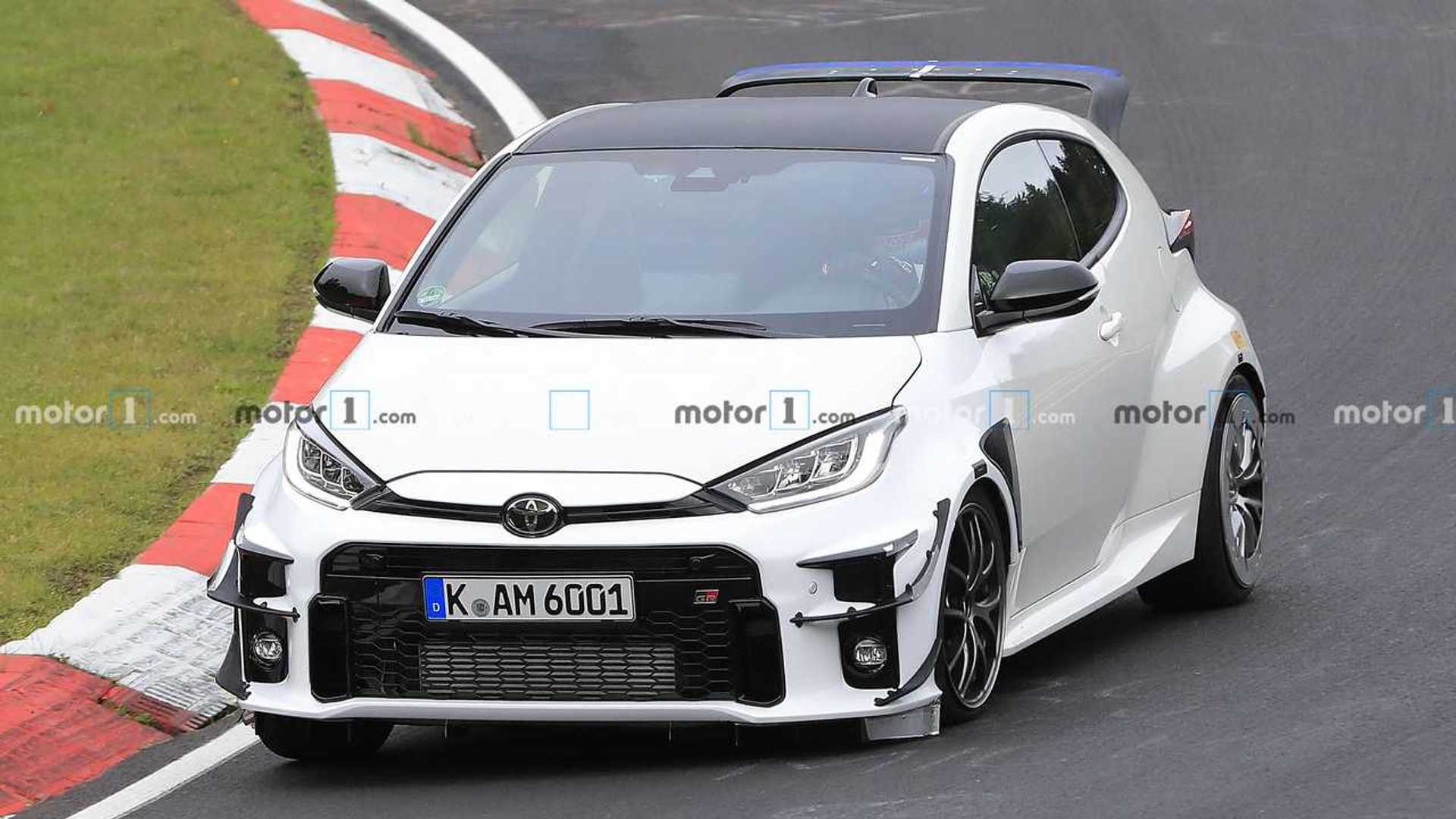 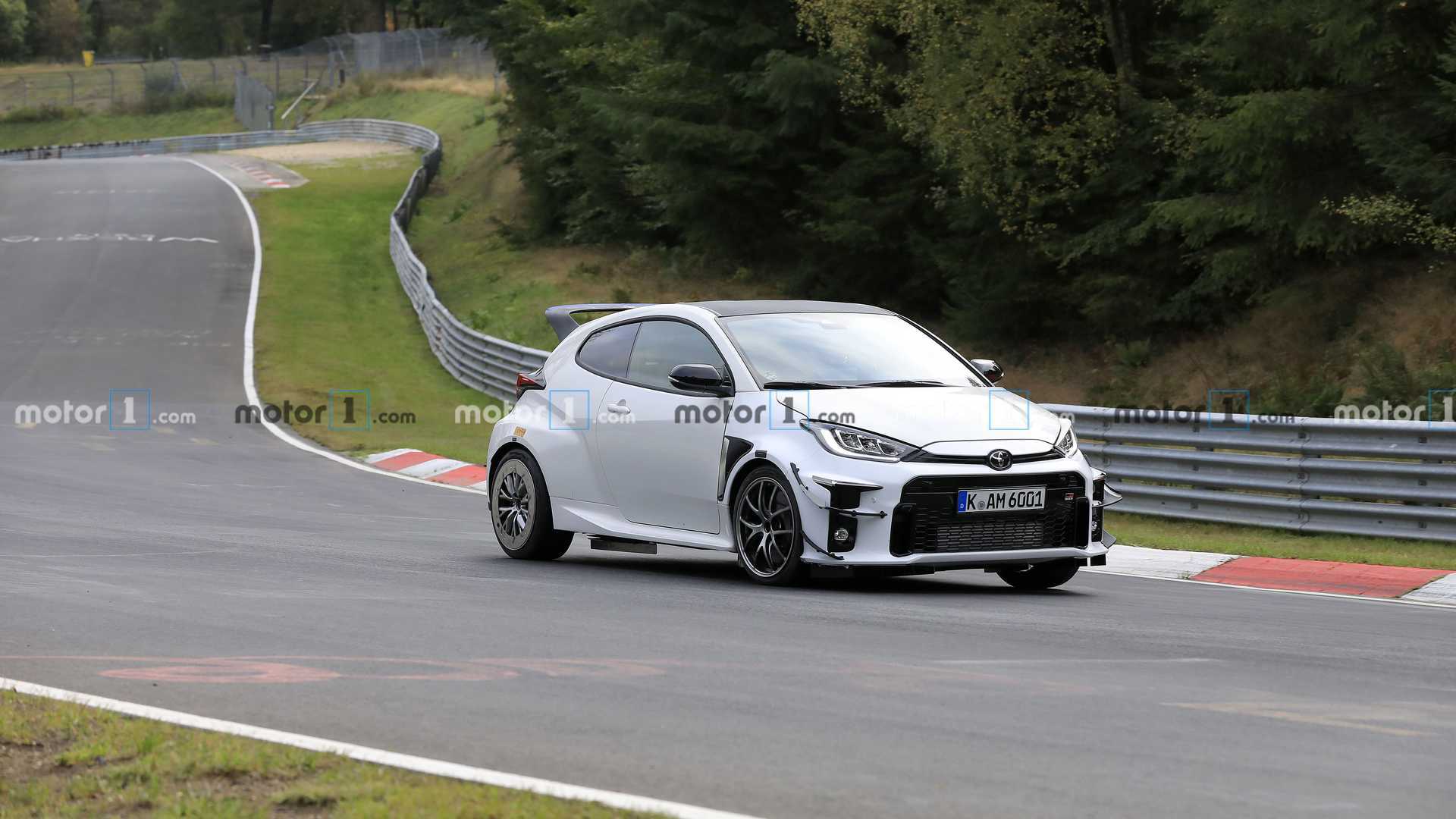 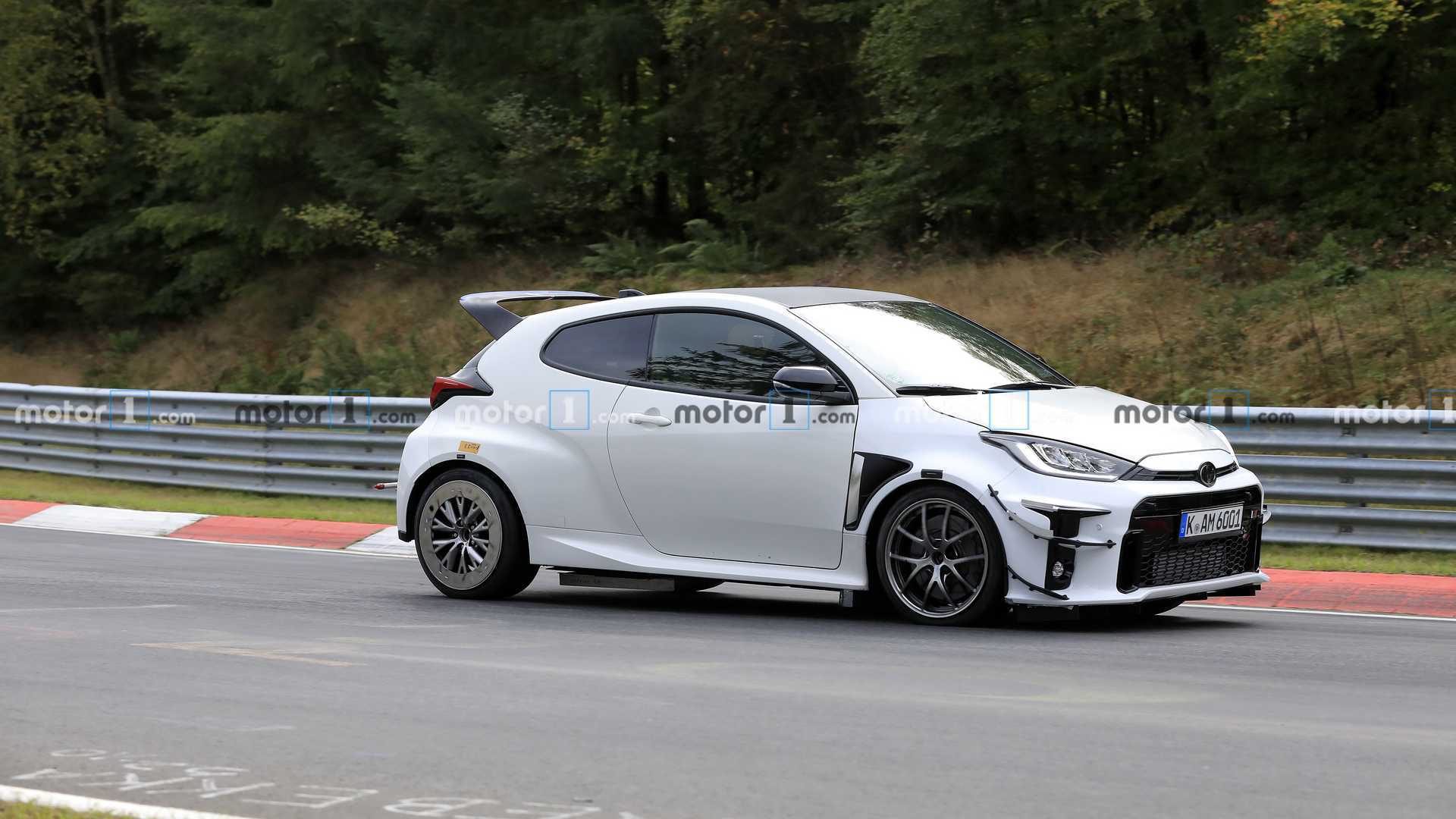 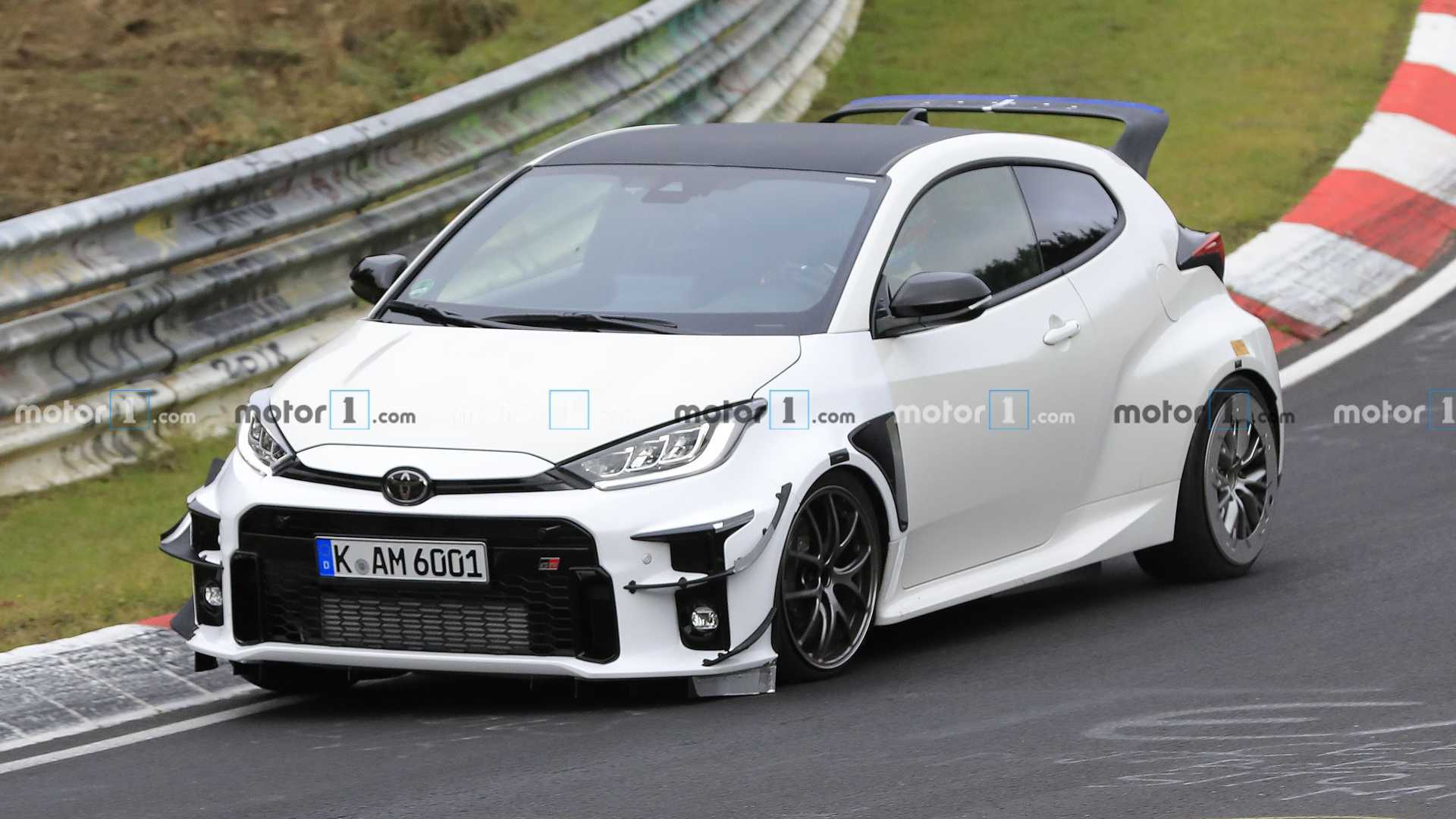 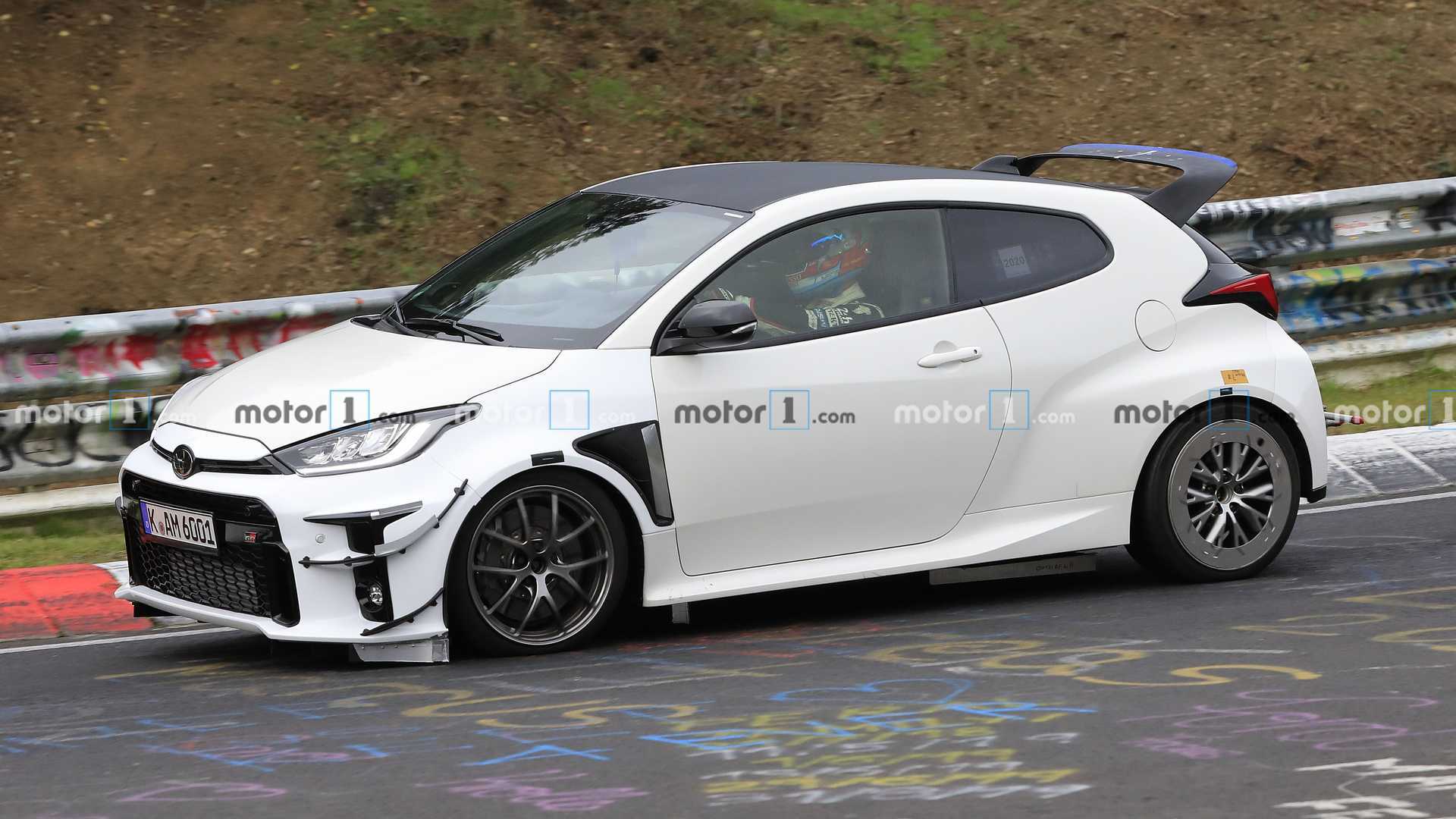 We can’t say for sure this is indeed a next-gen GRMN Yaris in the making, but the front canards and giant rear spoiler suggest it’s indeed a spicy version of an already hot hatchback. It also appears to have ventilated front fenders and a stiffer suspension setup with a lowered ride height. The mismatched alloys are rather interesting, with the rear ones being partially covered reminding us of ABT’s aero wheels.

Your guess is as good as ours regarding that rear contraption, but we’re thinking it has built-in sensors to measure the vehicle’s torsional rigidity. It would appear Toyota also made some changes to the underbody since there seem to be some extra pieces hanging out, probably to test airflow.

While Toyota has admitted it’s toying around with the idea of a lighter and more powerful version, this might be something else. Perhaps a race car version of the all-wheel-drive GR Yaris? Whatever this is, testing it around the Nürburgring looks like the best job a car enthusiast could ever dream of.