Just about everyone knows the whole point behind the Hennessey Venom F5 is to smash the 300-mph barrier. The American-born hypercar is gradually getting there, after hitting 200 mph (322 km/h) during aerodynamic validation testing in 2021 and 250 mph (402 km/h) back in January during high-speed testing. The airbag-less machine is back, and this time around, it managed to hit 271.6 mph (437.1 km/h).

The run took place in February at the Johnny Bohmer Proving Grounds in Florida where Hennessey took the Venom F5 to conduct final calibrations for the steering, braking, engine, and aerodynamics. In other words, the company’s goal wasn’t to unlock a higher speed compared to previous tests. Nevertheless, it did manage to reach 271.6 mph (437.1 km/h). 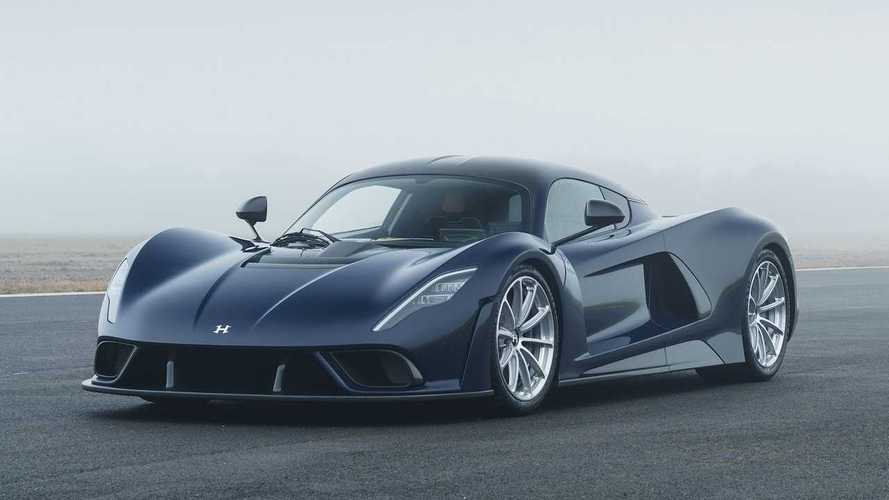 Don’t expect another high-speed run anytime soon as company founder John Hennessey says the focus is now on making cars. If everything goes according to the plan, more than 12 Venom F5s could be delivered this year. The top brass at the Texas-based tuner says high-speed testing will likely be resumed later in 2022 when we’re hoping the 1,817-horsepower V8 will enable the hypercar to approach the 300-mph mark.

Hennessey is not the only one chasing speed records as SSC North America wants to hit 300 mph with the Tuatara as well. Hopefully, Koenigsegg wants a piece of the action as well with its Jesko Absolut. As for Bugatti, it’s no longer interested in going this fast after hitting 304.77 mph with a prototype of the unrestricted Chiron Super Sport 300+. It wasn’t the average velocity of a two-way run as needed to qualify for an official record, but an impressive accomplishment nonetheless.