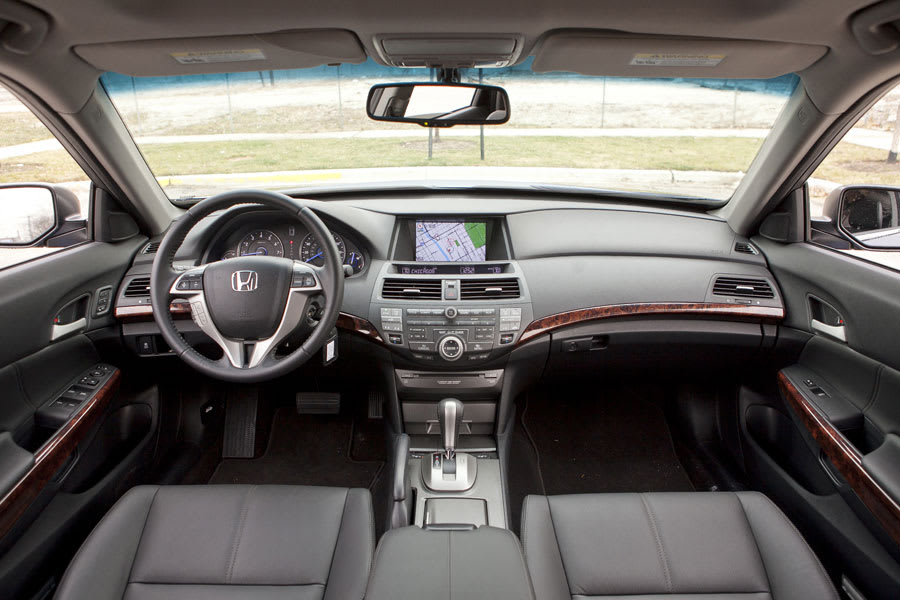 Months before required by federal mandate, Honda will initiate the final phase of Takata airbag recalls. That phase involves a permanent replacement of Takata inflators installed early in the crisis as a temporary stopgap to reset the clock on humidity exposure.

Related: Is Your Car Part of the Takata Airbag Recall?

Years of such exposure breaks down the inflators’ active chemical, ammonium nitrate, which can cause the airbag to inflate with too much force during a crash, turning the canister-sized inflator into flying shrapnel. Amid recalls on some 42 million vehicles from the 2000 to 2017 model years, one early measure called for automakers to replace certain old Takata inflators with temporary new ones that were also from Takata. Ammonium nitrate in the replacement inflators would eventually break down, of course, but that would take years to occur.

Honda spokesman Chris Martin told Cars.com that the automaker’s action today is for temporary-replacement inflators from Takata installed in some vehicles as early as 2013. (The recall crisis began with Honda in 2008, though widely reported news of the matter didn’t take shape until several years later.) Honda’s practice continued into early 2017. That means many temporary replacements have had some years of humidity exposure. Automakers are required to start replacing them with permanent solutions on Dec. 31.

That doesn’t mean a given automaker or dealer can’t act sooner, and Honda aims to do just that. Claiming it has enough replacement inflators to repair all affected models, Honda announced today that it would initiate the fifth and final phase of the National Highway Traffic Safety Administration’s recall expansion, which isn’t slated to begin until later this summer.

Those five phases come from NHTSA’s move in 2016 to mandate a phased approach to the Takata repairs, with older cars and high-humidity regions getting priority over newer cars and lower-humidity areas. Three years later, all cars and regions are now under recall with permanent replacements, with recalls kicking off by year’s end for the temporary replacement inflators installed early on.

Honda is responsible for the largest chunk of the campaign, as some 43 percent of all inflators involved in the Takata recalls come from the automaker and its Acura luxury brand. But the automaker also has one of the highest completion rates for recall work, with 83 percent of faulty inflators replaced as of June 7, according to Department of Transportation data. That’s well above industry average, which is about two-thirds as of this writing.

Honda says its move will affect some 1.6 million Honda and Acura vehicles in the U.S., with notifications going out beginning mid-August. The free repair will include a non-Takata inflator, Honda promised, and dealers will furnish a free loaner vehicle for however long it takes. Replacement inflators have not been Takata-sourced since early 2017, Martin indicated, though some new Honda vehicles still have Takata inflators containing desiccant, a substance which inhibits the moisture buildup linked to the defect. Regulators have until the end of this year to determine whether ammonium nitrate inflators with desiccant present a risk.

In the U.S., automakers and regulators have linked Takata inflator ruptures to hundreds of injuries and 16 deaths. If you have a vehicle under recall, don’t delay; get it fixed now. If you don’t know whether it was already fixed, plug your vehicle identification number into NHTSA’s recall lookup tool here. And if you don’t know how to find your VIN, watch our short video here.