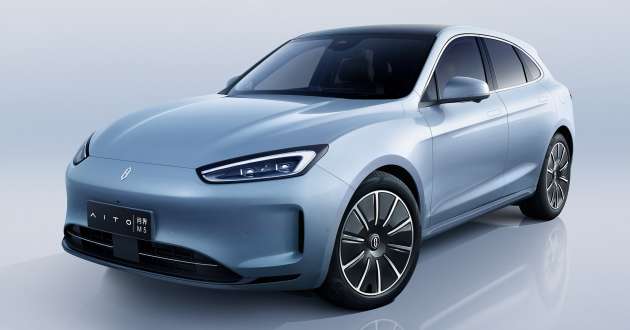 Huawei has presented its first pure electric vehicle in the form of the Wenjie M5 EV, which will be sold through the company’s AITO sub-brand. The new model is essentially an all-electric version of the Wenjie M5 that made its debut last December, which itself is a modified and restyled version of the SF5 that Huawei co-developed with California-based EV maker Seres.

The AITO line-up previously featured just two models, the Wenjie M5 and the Wenjie M7, the latter being a large SUV that made its debut in July this year. Both are range-extended EVs with a 1.5 litre turbocharged four-cylinder petrol engine acting as a generator to charge a 40-kWh ternary lithium-ion battery that powers single- or dual-motor setups.

Unlike its siblings, the Wenjie M5 EV does without the internal combustion engine entirely and gets a more substantial battery with an energy capacity of 80 kWh. Built on Huawei’s DriveONE platform, the base Standard Edition gets a rear-mounted electric motor rated at 272 PS (268 hp or 200 kW) and 360 Nm of torque, which is good for a 0-100 km/h time of 7.1 seconds. 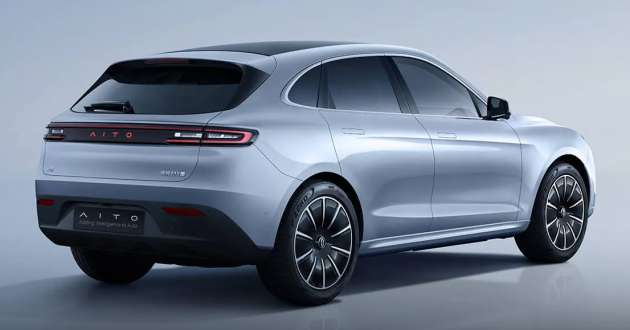 The added grunt means a reduced century sprint time of just 4.5 seconds, although this comes at the expense of range as the Performance Edition will do 552 km on a full charge – following the China Light-Duty Vehicle Test Cycle (CLTC) – while the Standard Edition can muster 620 km. Huawei’s Dynamic Adaptive Torque System (DATS) is included with both powertrains.

According to the company, both variants of the M5 EV will take 10.5 hours to get from a 10-90% state of charge (SOC) with an AC charger with a power output of 7 kW. There’s also support for DC fast charging that will get the battery from a 30-80% SOC in just 30 minutes with a charger capable of 100 kW. China uses the GB/T connector for AC and DC charging, which looks similar to the European Type 2, but with but with different pin configurations and signalling.

As for styling, the M5 EV’s front grille is largely closed off since it doesn’t have an engine, and the vertical LED strips on the M5 are replaced with air curtains instead. Beyond these changes, the rest of the vehicle looks pretty much identical to its range-extended stablemate.

The interior is largely the same too, although the M5 EV gets a wireless charger capable of charging two phone simultaneously on the centre console. Other tech items include a 10.25-inch digital instrument cluster and a 15.6-inch touchscreen infotainment system, the latter powered by Harmony OS with plenty of connected features.