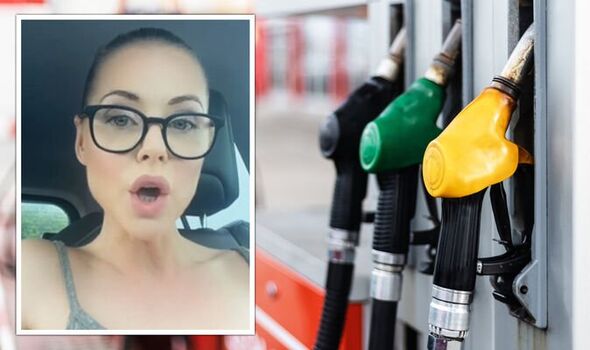 Stephanie, 43, plays Cindy Cunningham in the Channel 4 soap Hollyoaks. She told TikTok viewers she is “fuming” at the price of petrol after visiting the pumps. She bemoaned rising prices in the video, which the actor filmed from her car.

The actor, from Urmston, has appeared on Coronation Street, Doctors and Holby City.

The Machester-born actor, who competed in Dancing on Ice, shares lots of snippets of her life on TikTok.

The mum-of-two, who has played the role of Cindy since 1991, told users of the social media app: “I’m fuming.”

In the video, which she labelled with the hashtags “rant” and “relatable”, Stephanie said: “Every time I go to get petrol the price has gone up. (It was) £1.88 this morning.

“Do you know what? At this rate, I may as well just get a bike a cycle up the M62 because I feel like I’m just coming to work to earn the money to put the petrol in my car. Petrol and food.”

The actor went on: “Do you know what’s going to happen there?

“They’re going to start putting the prices us in Aldi, aren’t they?

According to the RAC’s fuel watch, the average price of petrol across the UK is as follows:

The RAC suggests the price of diesel is likely to rise in the near future.

The average price of unleaded petrol has risen by 22.11 pence since last year.

The average price of diesel has risen by 27.92p in the past year.

One said: “It’s an absolute joke the prices for fuel these days.”

Another said: “Petrol prices have really jumped up over the last few weeks. Won’t be able to afford to drive soon.”

In a heartbreaking admission, one said: “I can’t even afford to put petrol in to collect my daughter from school.”

Petrol prices: RAC spokesperson reacts to criticism from The AA

Many called for protests across the UK in response to the prices.

“I think it’s because we aren’t protesting. We are all moaning but silently, while they sit back and just take the money,” one said.

Another said: “It’s greed. We all need to stand together and protest sick of working for nothing.”