The use of end-of-life vehicles in addition to other recycled sources, will form part of Jaguar Land Rover’s drive towards zero-emission production 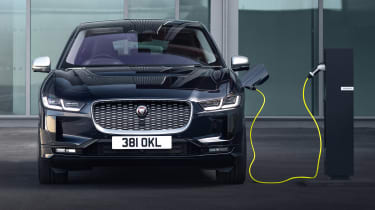 Jaguar Land Rover will aim to reduce carbon emissions in its aluminium production by up to 26 per cent over the coming years through the use of obtaining materials from recycled sources.

Internal research within the group has confirmed that such cuts are achievable through recycling. Cans, bottle tops and older vehicles that have reached the end of their life can be reused and remixed with a much smaller quantity of first-use aluminium to form an automotive-grade alloy for new cars.

The source of old aluminium is plentiful; Jaguar says that 75 per cent of aluminium produced in the UK and USA is still in use, and that recycling the material requires 90 per cent less energy than mining than extracting raw materials. 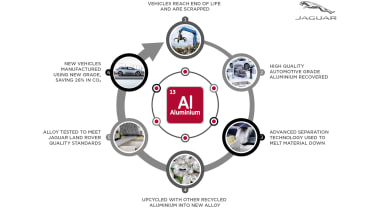 Much of this second-hand aluminium tends to be reused for lower-grade applications, but JLR will employ what it calls “advanced separation technology” which allows it to extract a higher quality of material.

The research comes as part of the group’s Reality Aluminium Project, which is part of a greater aim to point JLR to a zero-emission production future. Recycled aluminium already plays a part in JLR’s production: between September 2013 and March 2020, Jaguar’s range has utilised 360,000 tonnes of “closed-loop scrap” for producing aluminium structures throughout its range.

Speaking of the research, Lead Project Manager for REALITY at JLR, Gaëlle Guillaume, said, “this project has allowed us, for the first time, to recover premium automotive-grade aluminium from scrapped vehicles and re-use its unique properties. The potential of this on the production process is a reduction in CO2 impact as well as helping us re-use even more aluminium.”

Could this be the end of touchscreens? Jaguar Land Rover develops contactless infotainment…