The latest series of Hoonicorn vs. The World is currently playing out on the Hoonigan YouTube channel. We featured the first video in our digital halls, and if you caught it, you know that Lia Block is the new tire slayer piloting the crazy custom 1,400-horsepower AWD Mustang. She’s Ken Block’s 14-year-old daughter, and she’s already an accomplished racer in her own right. And now, she can claim the title of Tesla slayer. Mostly, anyway.

Actually, this showdown with a Tesla Model S Plaid is much closer than you’d expect. The 1,000-hp EV sedan is already known for its insane acceleration, capable of hitting 60 mph in under two seconds on a prepped track. This best-of-three competition obviously doesn’t take place on a track – as evidenced by the World War II vintage C-47 buzzing the competitors – but with a hefty weight of nearly 2.5 tons providing traction for the instant-on torque, the Tesla still launches with gusto.

So does Lia in the Hoonicorn, though an extra 400 hp and 2,000 pounds less weight isn’t necessarily an advantage off the line. The first race sees the Model S Plaid jump the start by a tad, and Ms. Block struggles to regain ground. With smoke rolling from all four tires, however, she charges past the Tesla for a win in the 1,000-foot race. However, the win was only by a couple of car lengths, which is seriously impressive for a bone-stock street car anyone can buy right now. 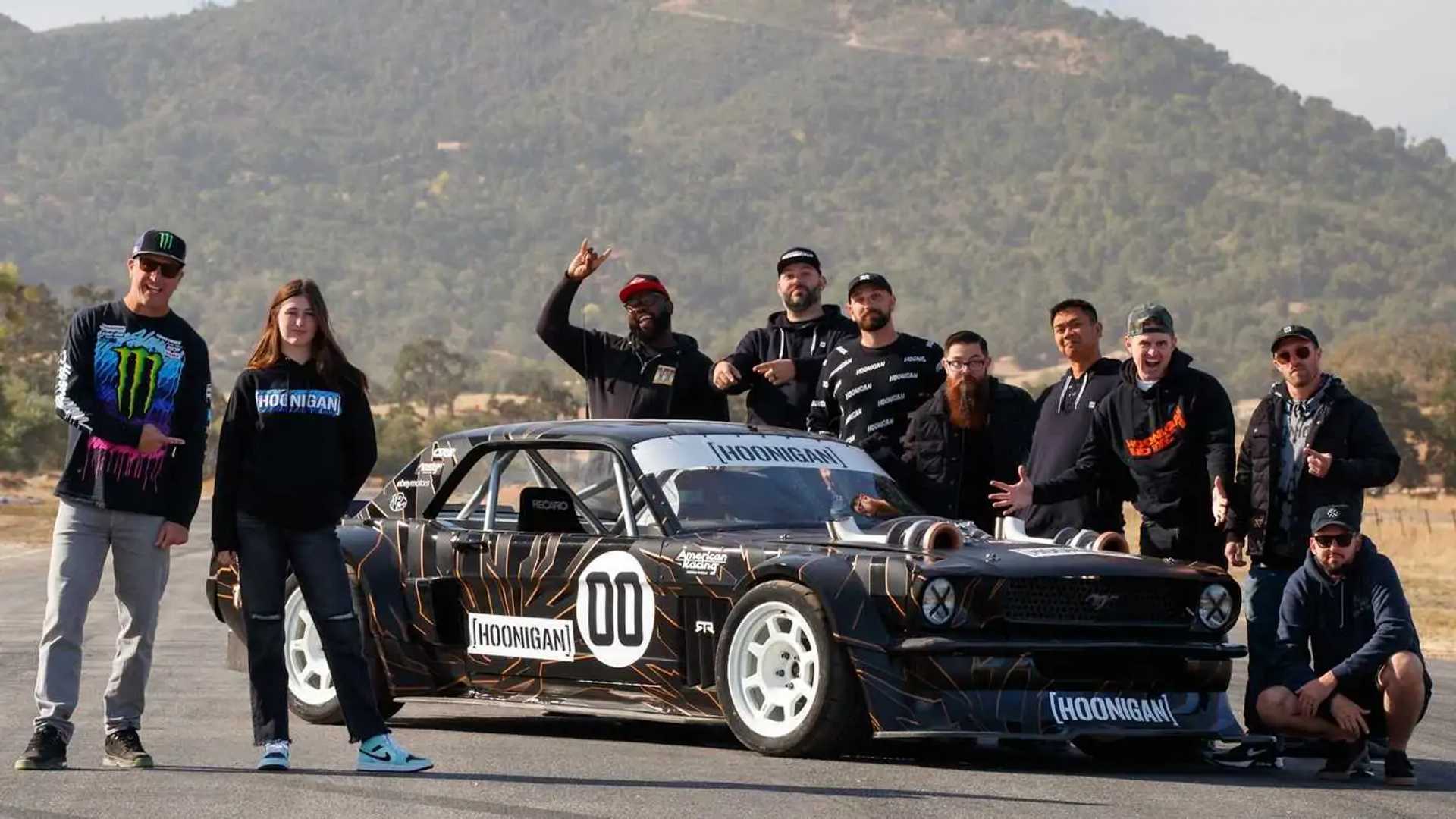 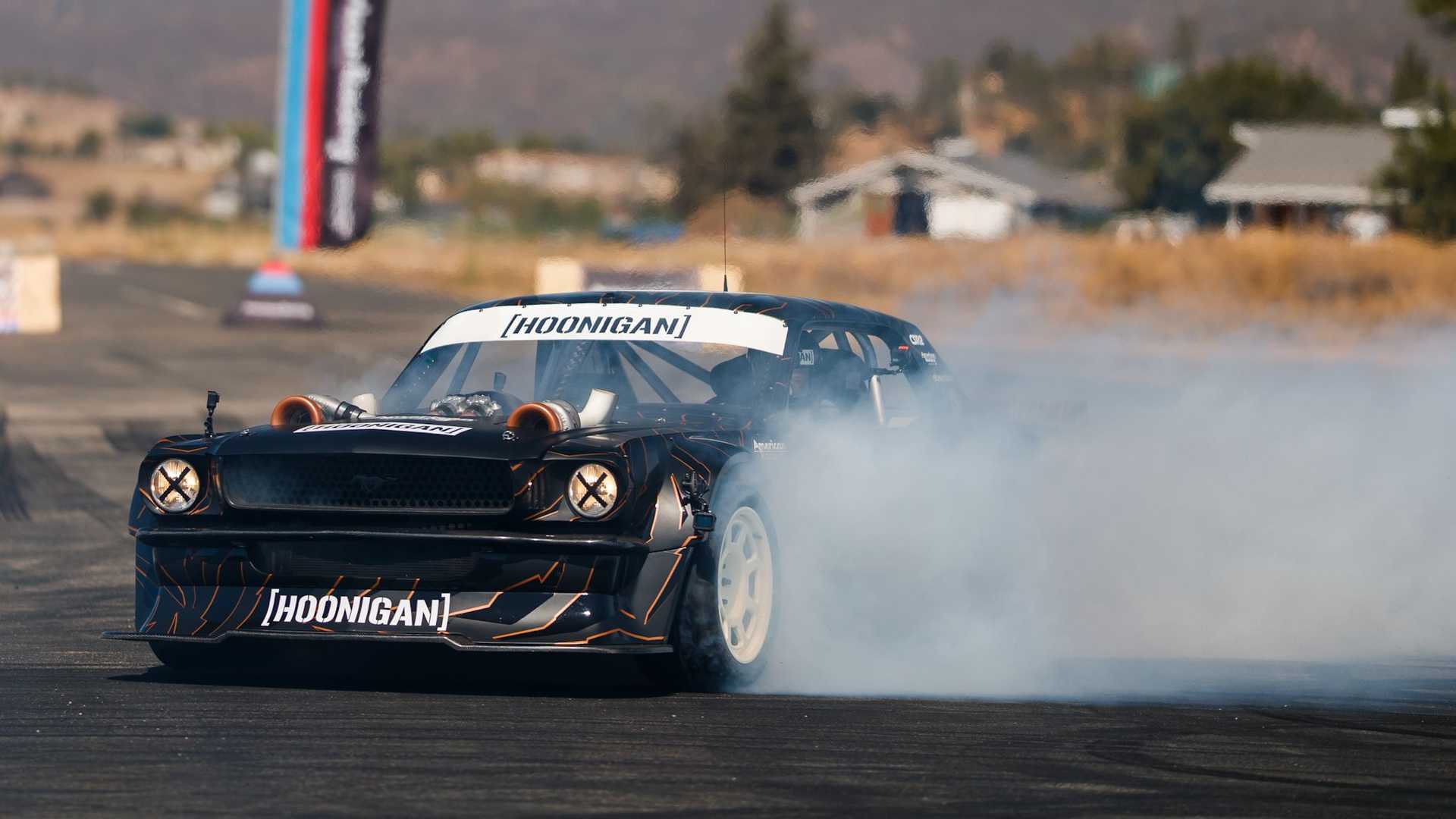 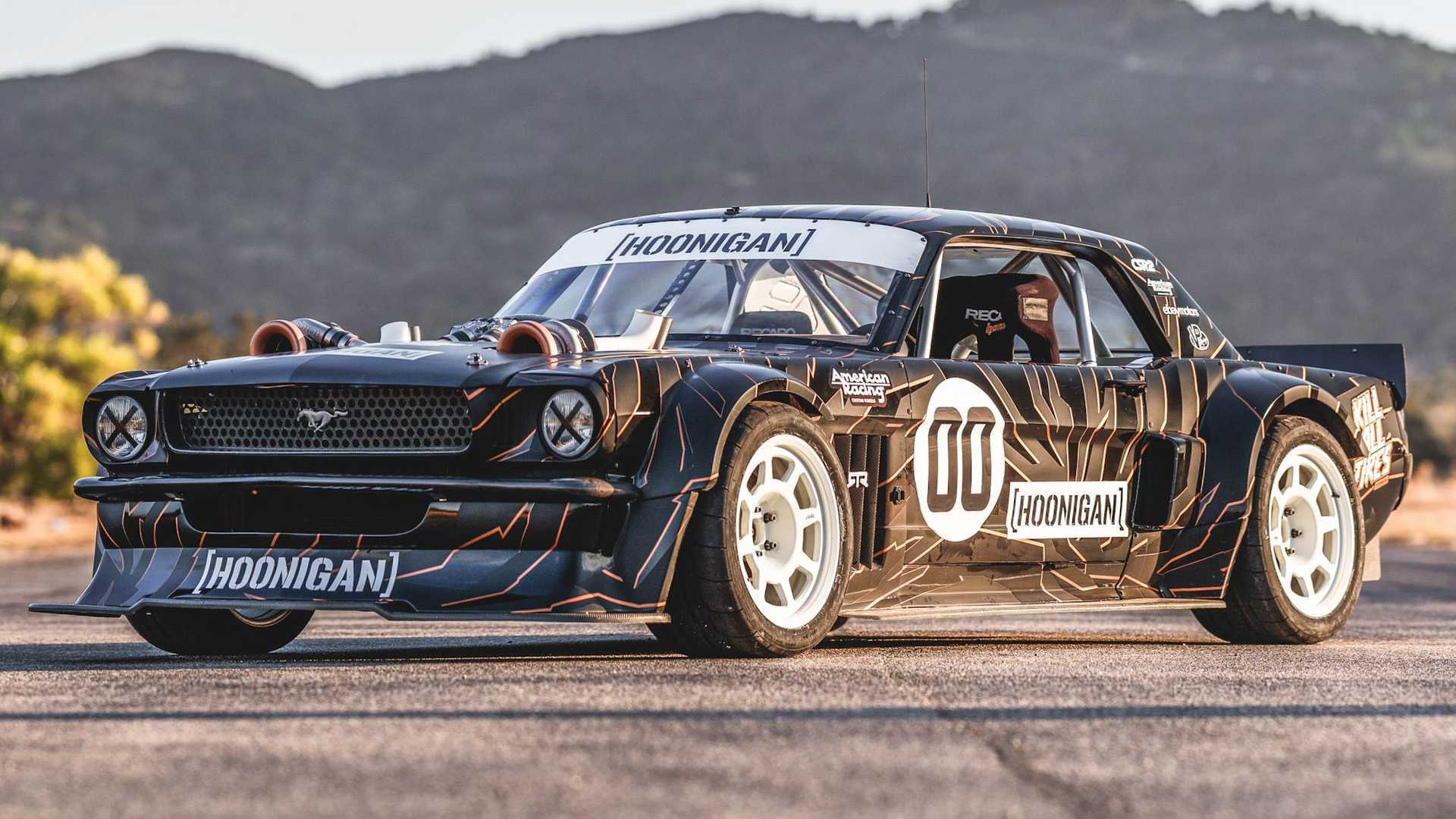 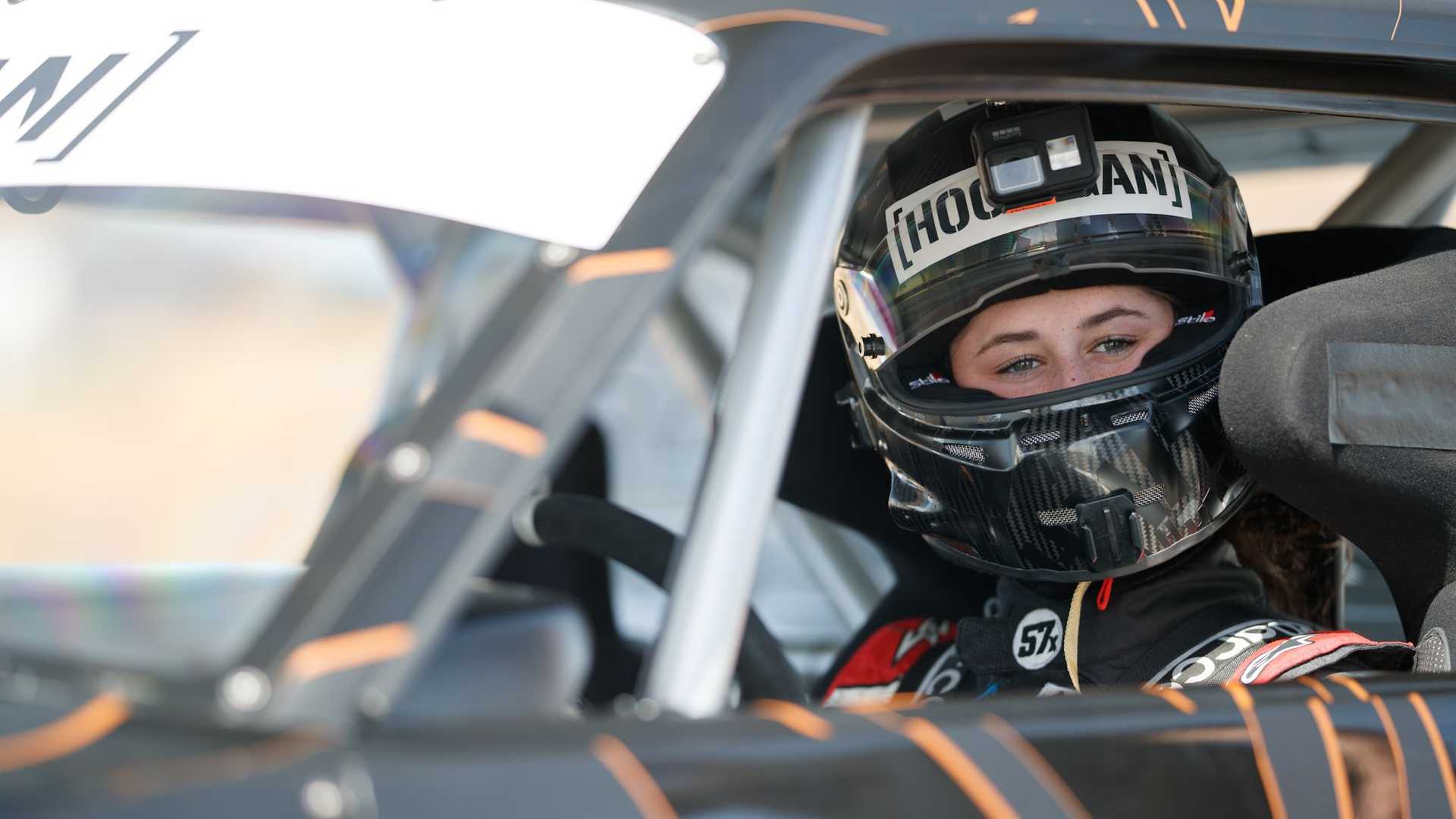 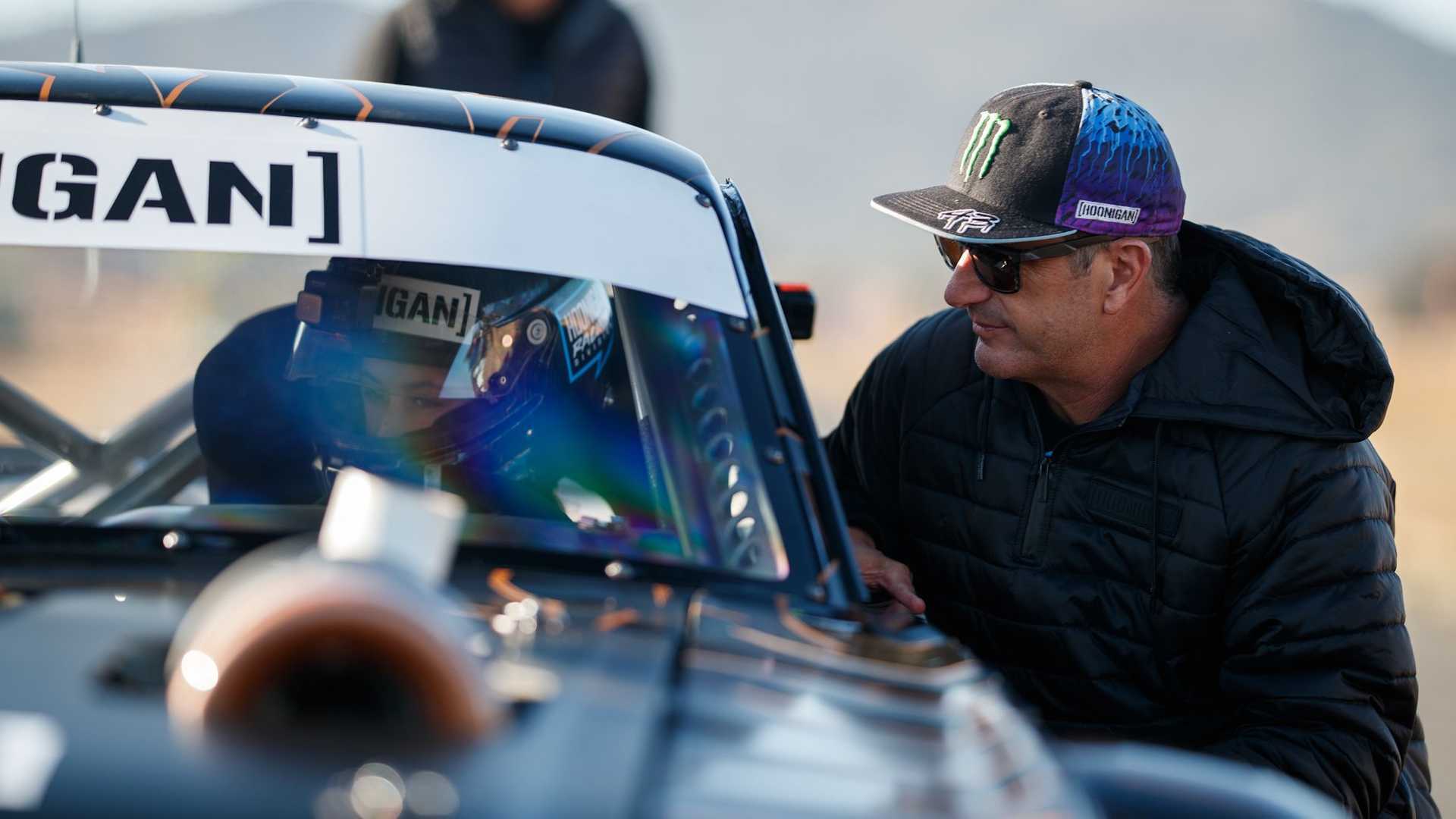 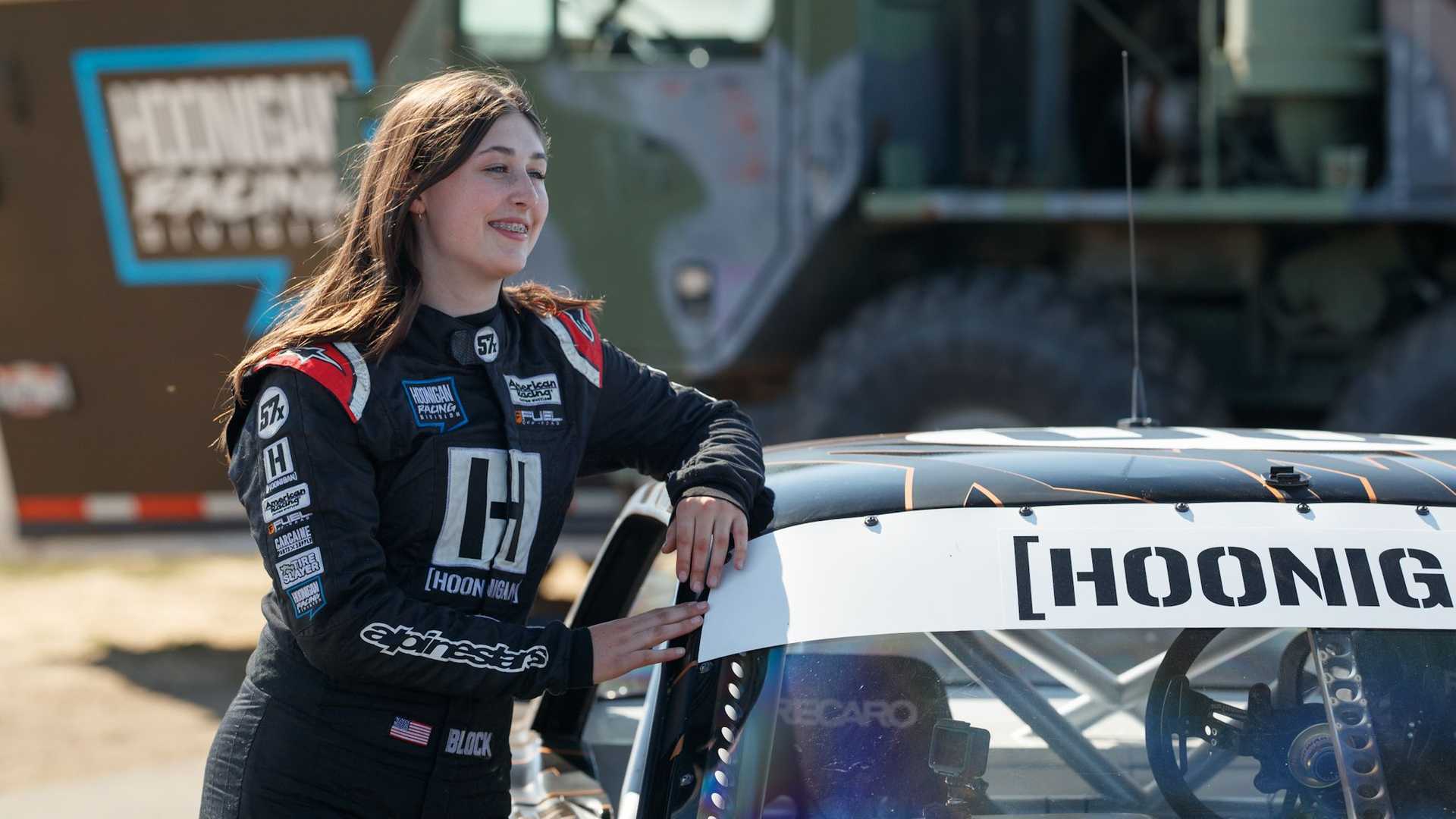 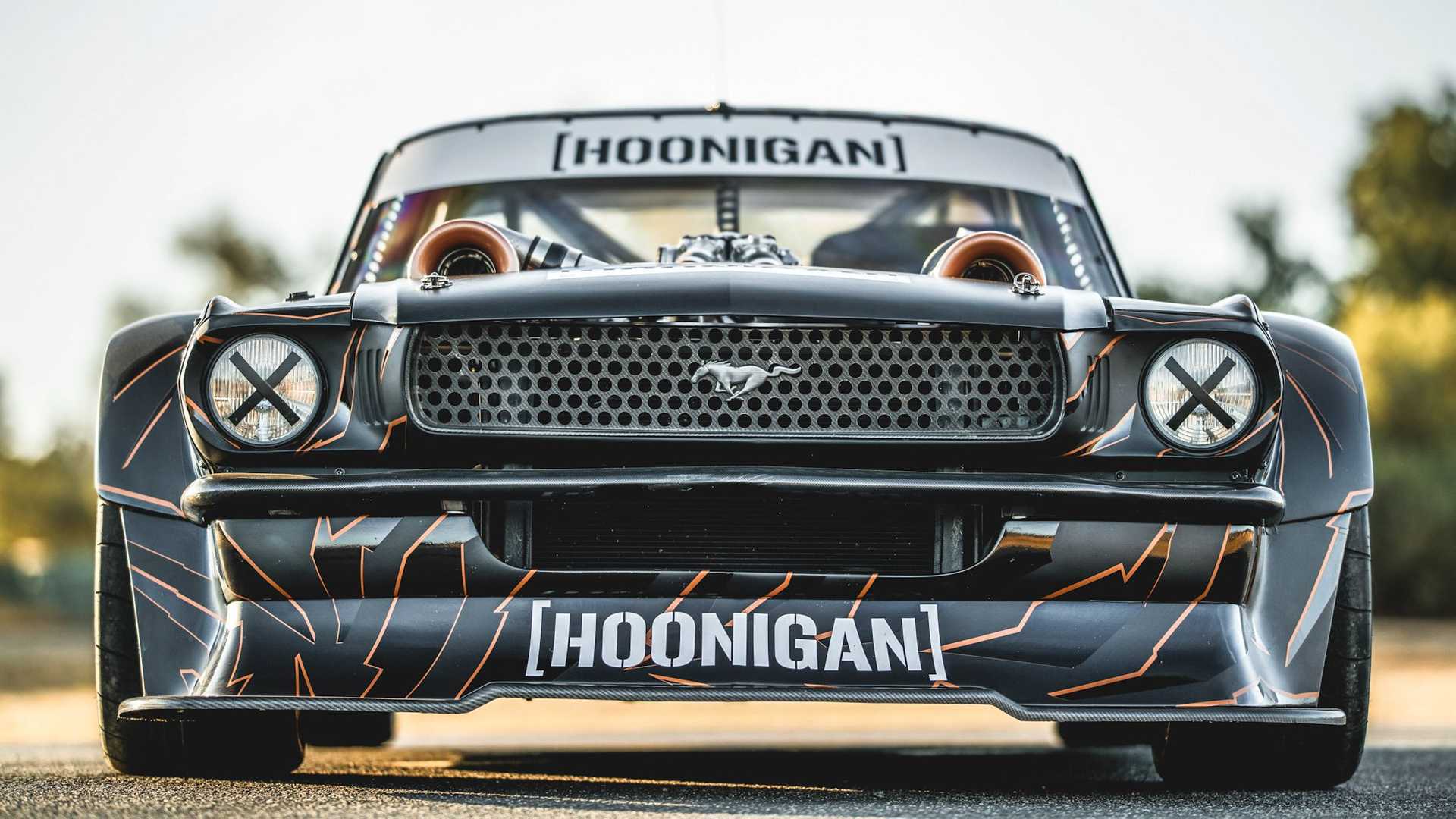 Race two is modified to give the Model S a two-car lead and the hit off the start, and it’s also shortened to 500 feet to keep the Tesla in its sweet spot. Lia managed to gain just a bit of that advantage back before the finish line, showing some good throttle control to manage wheelspin but it still wasn’t enough for a win. Round two goes to Tesla, but the Hoonicorn isn’t done yet. The final round brings both cars back even for a heads-up run, racing to the 500-foot finish instead of 1,000. And folks, this could be the closest Hoonicorn vs. The World finish we’ve seen thus far.

In the end, it’s Lia by barely a quarter of a car length. So yes, Ms. Block wins the day, but holy potatoes did the Tesla put up a fight. Well done on all accounts, and we can’t wait to see what’s next in the series.