It took seven months to build, and there’s still some work left to finish.

Choosing the right bed for your child can be an overwhelming task. There’s endless choice and variety, but for one Cedar City, Utah, father, the market didn’t offer what he wanted. So, he built it. Thirty-two-year-old Allan Casper wished to give his son a cool car bed but wanted it to be a one-of-a-kind creation, and last May, he set out to do just that, designing and building a Ford Bronco bed.

The project began in May of last year as Casper, a journeyman carpenter and certified flight instructor, began thinking about how he’d make the bed because he’d never made a piece of furniture like this before. The design came together over the summer before the actual building started in September 2020. It took seven months to get it mostly built, with Casper finishing the bulk of the Bronco bed assembly last month – his perfectionism slowed him down. It still needs taillights and bumpers. 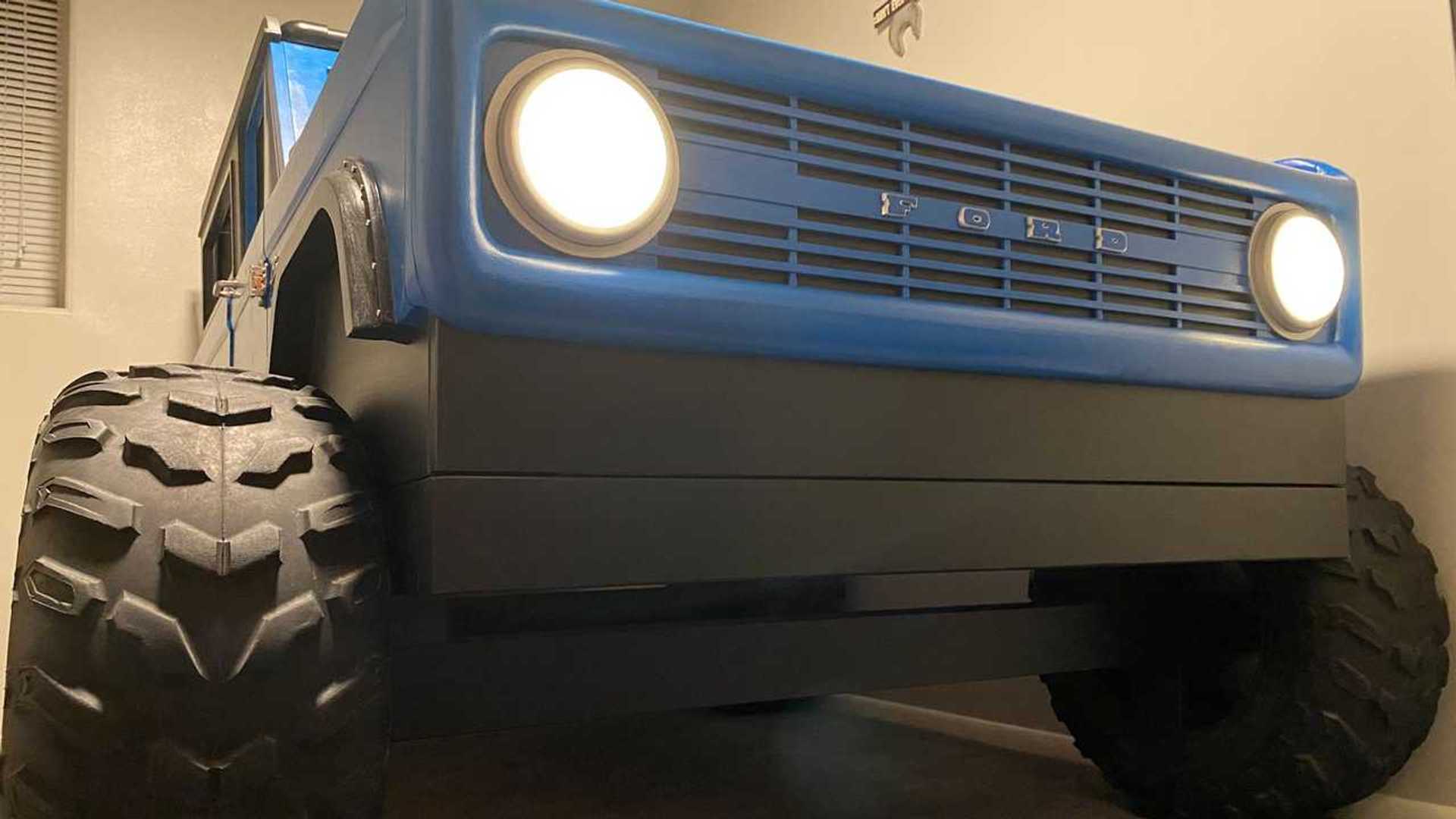 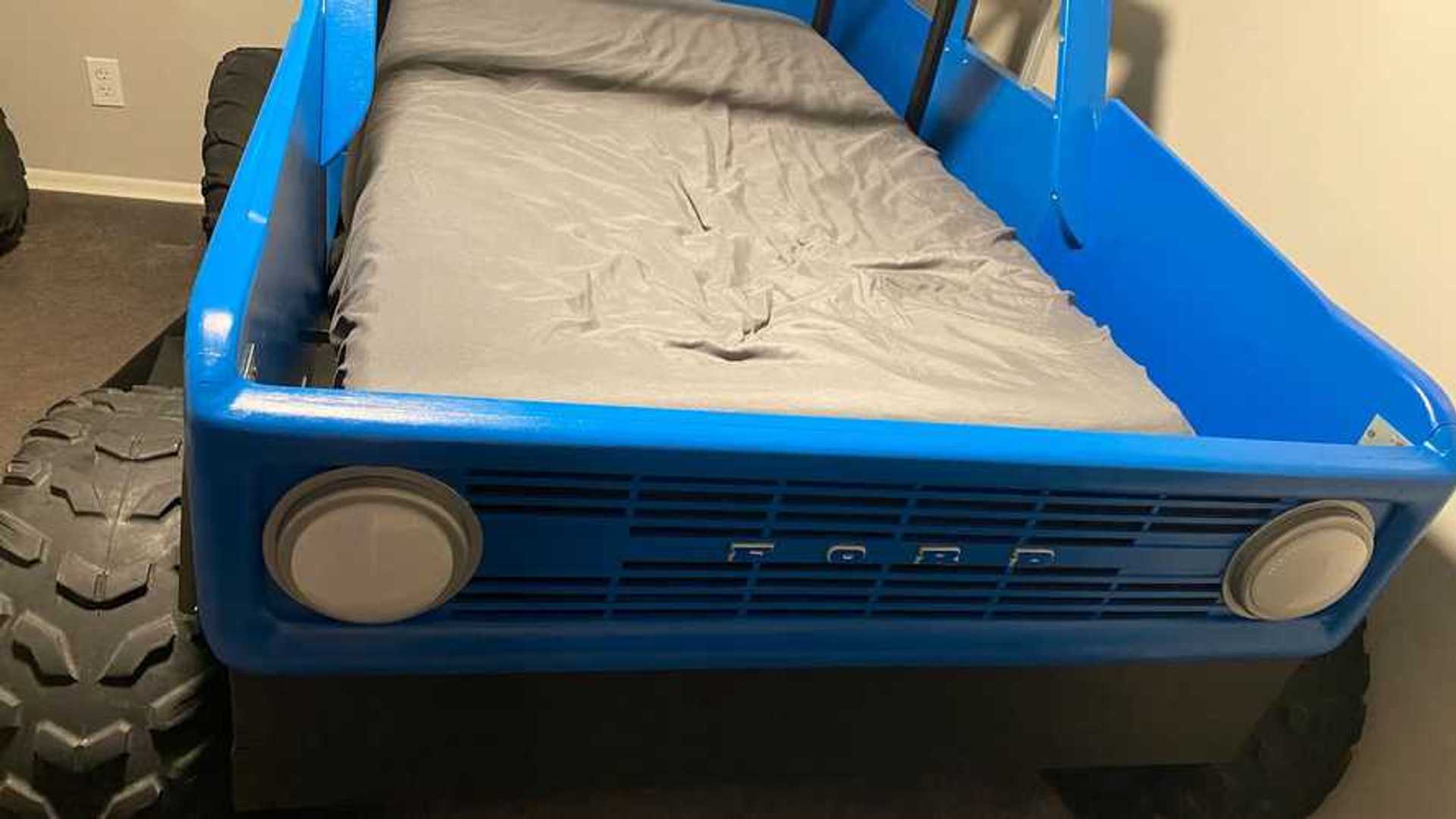 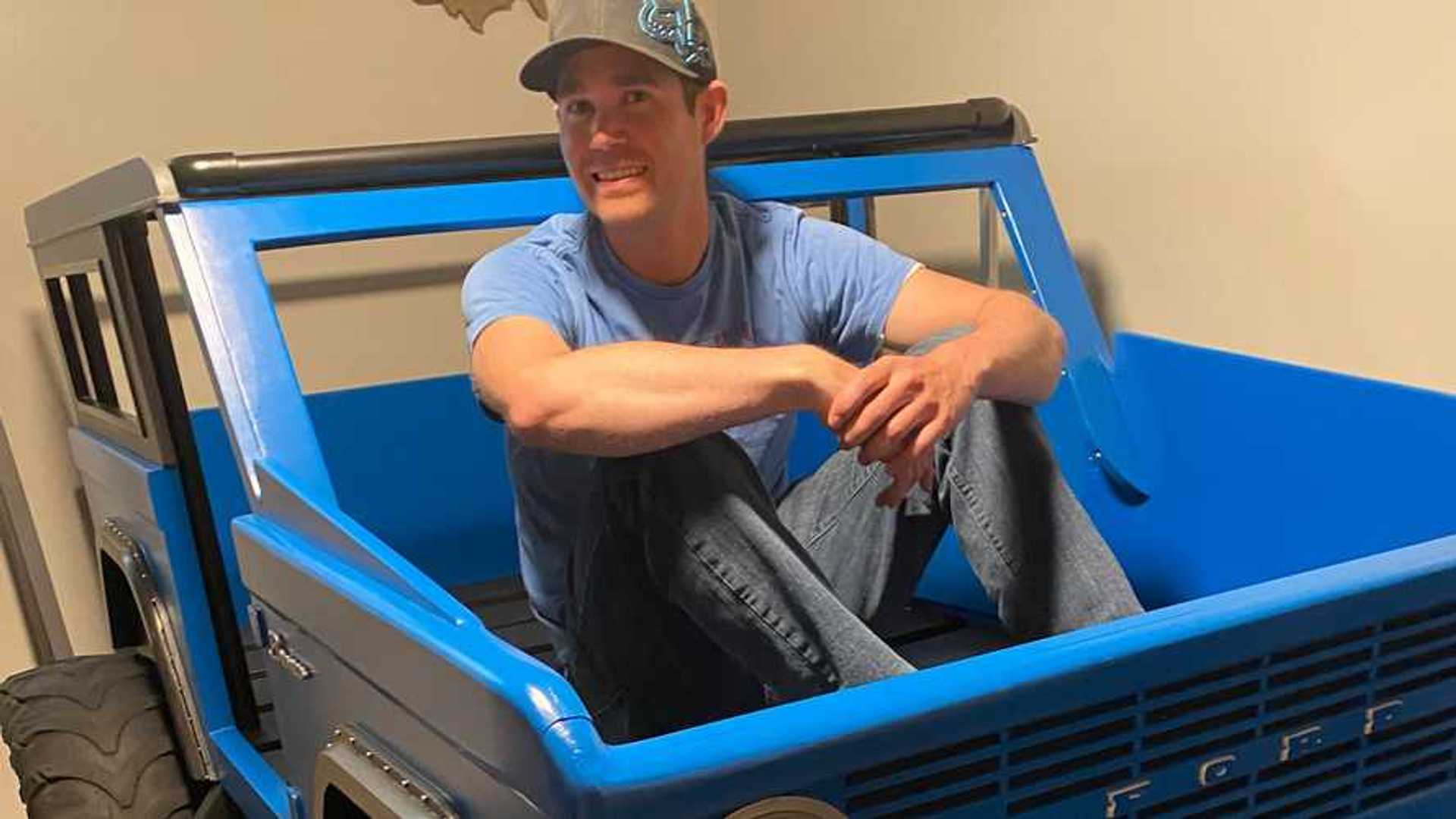 Designing the bed was one of the hardest parts for Casper, who spent a lot of time measuring twice, so he’d only have to cut once. The bed features functioning doors and headlights, and it can be easily disassembled and moved, too. He did it mostly alone, only occasionally needing a second pair of hands to assist in assembling it. According to Casper, his son loves it, saying, “He plays with it more than he sleeps in it at the moment, but he always has a big smile anytime he sees it.”

Bronco was also one of his son’s first words, and Casper even bought him a Power Wheels-like Bronco toy to cruise in. But that won’t be the kid’s only experience with the off-road icon. Casper is a Bronco fan himself, buying a 1972 Bronco a couple of years ago with plans to restore it with his son in hopes of making “many lifetime memories out adventuring.” We’d say he’s off to a stellar start.