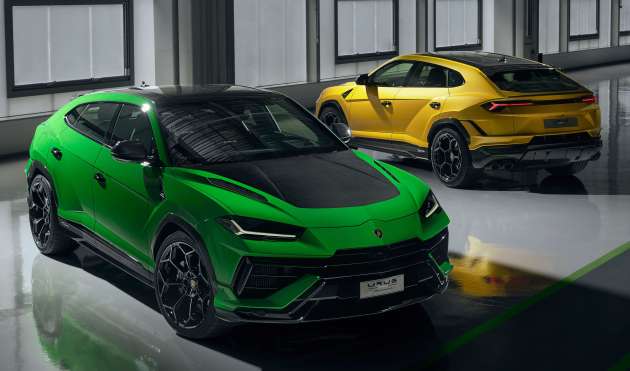 Automobili Lamborghini has presented the new Urus Performante, shortly after it had set a new record in the production SUV category on the Pikes Peak International Hill Climb Road. It crossed the line in 10:32.064, beating its previous 2018 record of 10:49.902. 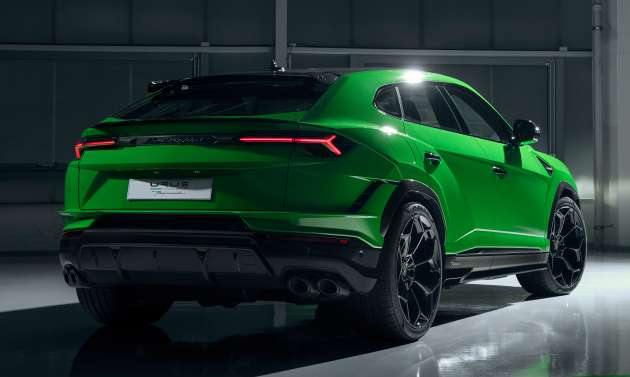 As the Performante weighs 47 kg less than the standard Urus at 2,150 kg, Lamborghini claims it holds the best power-to-weight ratio in its class. This is by and large down to the generous use of carbon-fibre, as the Urus also tops its segment with the highest number of carbon parts used. Another lightweight item is the standard Akrapovic sports exhaust system with different levels of noise depending on the drive mode selected.

The front bonnet, its air vents, front bumper and splitter, wheel arches, rear bumper and diffuser are all made of carbon-fibre. A carbon roof can also be specified optionally to emulate the Huracan Peformante. The rear spoiler with carbon-fibre fins – increasing rear downforce by 38% – were inspired by the Aventador SVJ. Overall downforce of the Urus Performante has increased by eight percent.

In terms of design, the Performante features a new front bumper that eliminates the ‘Y’ graphics in the corners, replaced with bigger air intakes to improve engine cooling. A new air curtain in the front bumper helps improve airflow over the front wheels further while reducing drag contributed by the front bonnet’s new air vents.

As standard, the Urus Performante sits on forged 22-inch lightweight wheels with titanium bolts, wrapped with specifically-developed Pirelli P Zero semi-slick tyres (285/40 R22 in the front and 325/35 R22 at the rear). Optional 23-inch wheels can also be specified. The Performante also sits 20 mm lower with new steel springs with specific damper tuning, while wheel track has been widened by 16 mm.

It’s not all about aggressive looks and increased output with the new Performante, though. The steering has been recalibrated for better feedback and more precise steering input, while quicker intervention from the rear-wheel steering system, along with torque vectoring, improve the SUV’s turn-in agility.

The Urus Performante’s Tamburo drive mode system has also been re-engineered. In Strada, the SUV continues to provide smooth damping for comfort while in Sport, the Performante displays quicker throttle response and faster gear changes. 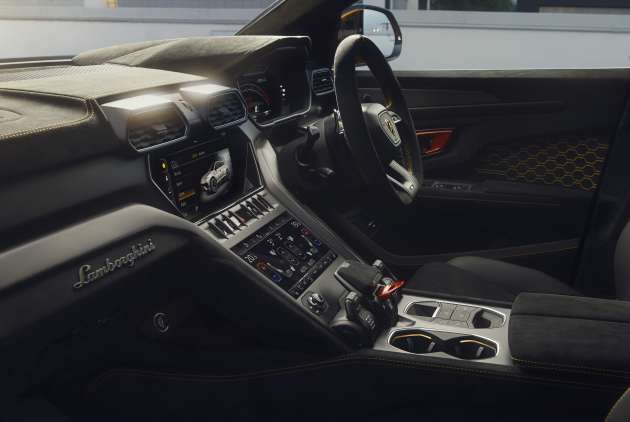 In Corsa, the Performante’s race car persona takes centre stage, with better high speed stability and flatter cornering courtesy of the active anti-roll bars and maximum damping. Brand new is a Rally drive mode for use on dirt tracks, made possible with anti-roll and damping systems optimised for the steel springs on rough and more extreme surfaces.

Inside, the Urus is upholstered in Nero Cosmus black Alcantara as standard with new hexagonal seat stitching. Performante trims can be seen on the doors, roof lining, seat backrest and rear wall. Ad Personam touches include matte carbon-fiber details, red door handles, and a customised kickplate with Ad Personam logo.